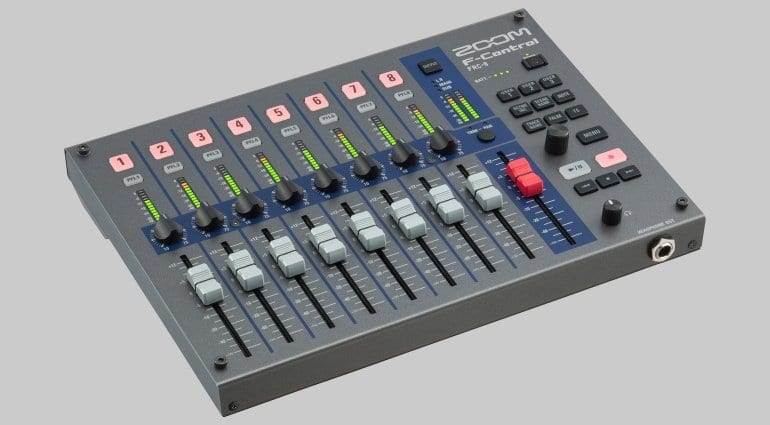 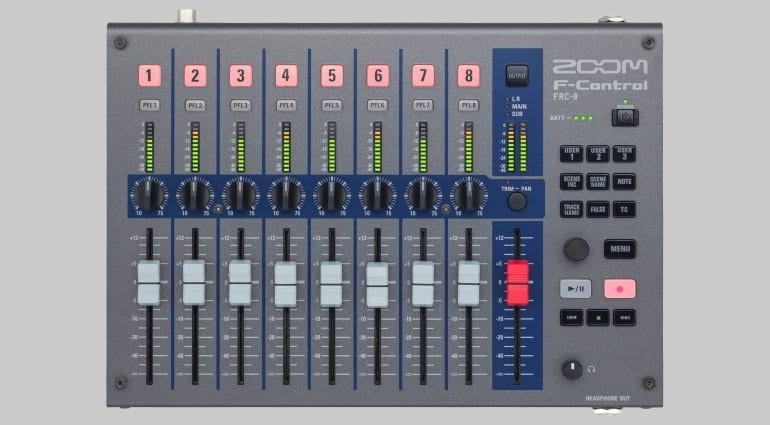 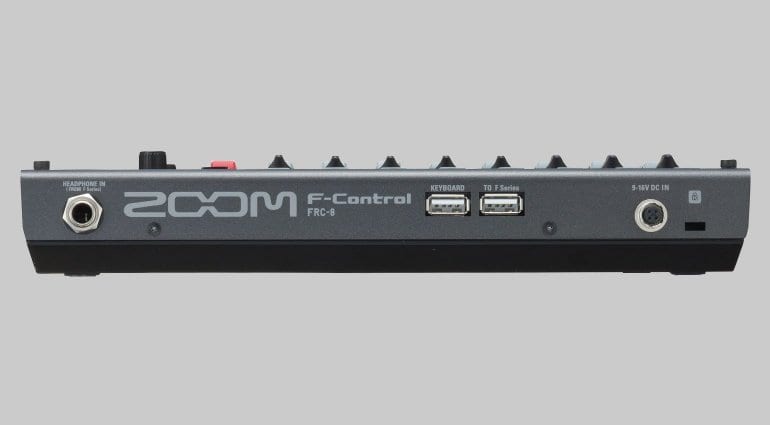 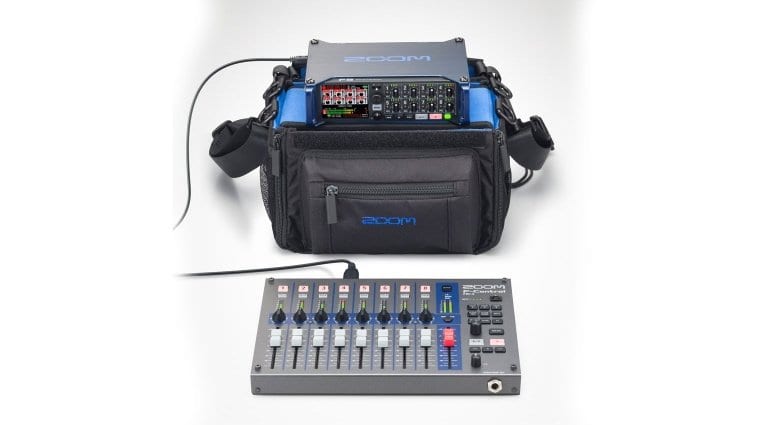 Having used a handful of multi-track field recorders before, the F-Control seems like the perfect companion for the F4 and F8 recorders with 4 and 8 channels respectively. If tasked with balancing 4 – 8 microphones on a video shoot with knobs, it can be slightly disappointing when you realise you haven’t got the control you need. Using faders is a much more fluid and efficient method that’s well proven, which makes it surprising to think this is the first product of its kind. However, does the drawback of extra size and weight deem this useless to many?

Zoom are using the term ‘control surface’, which I find slightly confusing as this is what we normally call DAW hardware controllers. In my eyes, this is a remote control unit, such as the old hard disk recorders and hardware reverb units had. However, I suppose it does a very similar job to a control surface, but for the F4 and F8 built-in software only. By calling it a control surface in today’s market, you might expect it’s able to control DAWs too. The F-Control however, is a dedicated accessory for Zoom’s flagship multi-track field recorders, the F4 and F8.

There are 9 (8 + 1 master) 60mm faders similar to the ones some small analogue desks use, or you find on an in-line console. We don’t know what bit depth these faders operate at, but presumably there’s a good level of control. Other features include an LED button on each input channel, a PFL button and a rotary encoder. The encoders can be used for trim, pan or volume, which seems to omit any possible use for the high-pass filter setting.

A surprising amount of visual feedback is on offer with 12-segment LED level meters and a time-code clock. There are also a few user-definable buttons and other quick access features including play, stop and record for the F4 and F8 internal SD card recorders. The most significant feature however, is the ability to plug-in a regular USB computer keyboard for fast naming of tracks and takes.

There are several points the F-Control could be improved. For example, its weight of 980g without batteries could be too much for many location recording jobs. While the chassis looks strong and well-built, I’m not convinced enough was done to save weight. The signal to the headphones has to be fed with another cable from the headphone socket on the host recorder. This is a shame and would have been much more convenient if the USB cable also transmitted the headphone signal digitally.

For the right job though, the F-Control is the only option available in this form and Zoom should be commended for providing such a tool. It also permits the F4 and F8 recorders to be used in a TV-studio style scenario, where perhaps additional equipment might have been otherwise needed.

The F-Control is already listed with some distributors such as Thomann, and will be available for shipping towards the end of January next year. Prices are around 348 EUR (292 GBP), which seems very good for something that looks well built. For loads of information and pretty pictures, check out the Zoom webpage!