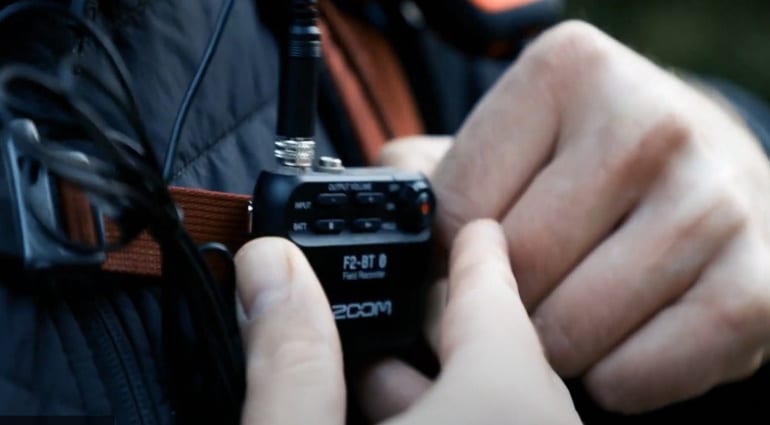 On one of the most release-packed days outside a major trade show, Zoom has launched the F2 and F2-BT field recorders. These two ultra-compact recording devices ship with a LMF-2 lavalier microphone; both support 32-bit floating point WAV recording. Aimed at podcasters and field recording pros, the F2 prioritizes portability and battery life over I/O.

In our humble opinion, Zoom is absolutely knocking it out of the park with its recent releases. We were mightily impressed with the Zoom H8 recorder when we reviewed it recently and the Podtrak P8 also hits the right note in the current climate.

Obviously not ones to rest on their laurels, Zoom has just launched the F2 pocket field recorders. These teeny tiny recorders are aimed primarily at vloggers and video production and have some design touches we like very much indeed.

Anyone who’s tried to put a video together by themselves will know what a hassle it can be getting good quality audio to go with the visuals. Undoubtedly it’s one of the most stressful aspects of video making: “Is my audio distorted? Is it in synch? Are my wireless packs working properly”.  The little Zoom F2 and F2-BT look like great problem-solvers for modern content creators.

Zoom has equipped the F2 recorders with a 32 bit, floating-point architecture. What that translates to in the real world is no need to set recording levels and loads of noise-free resolution if you need to boost quiet signals. Just press record and go; we like this aspect of the F2 very much indeed!

Another fine feature is the output jack, which means you can use the F2 in-line with a wireless transmitter. In this role, the F2 is an ultimate “get out of jail” card if your wireless system fails during a take.

The BT version features Bluetooth connectivity for remote control via an app to wirelessly start/stop your recordings, display battery levels, adjust output volume, control the lo-cut and cool stuff like that. More important for the pros, perhaps, is the option to sync timecode via Bluetooth, recording timecode to your recorded files.

Whether you choose the F2 or the F2-BT we think these are another killer product release from Zoom. 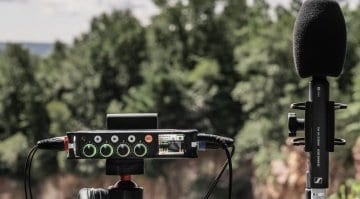