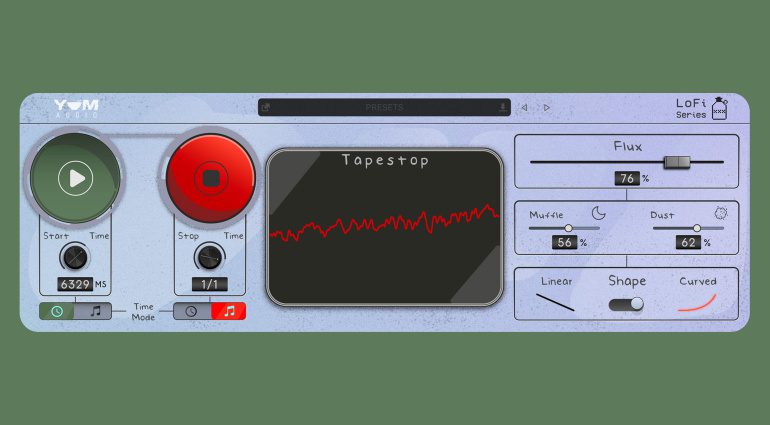 Yum Audio presents LoFi Tapestop, the next plug-in of the LoFi Series. LoFi Tapestop puts the classic tape stop and start effects at your fingertips, along with some extra goodies like dust, flux and muffle.

New developer Yum Audio came on the scene in June with its first four plug-ins, two of which kicked off the LoFi Series. LoFi Tapestop is the next release in the series, and once again, it’s all about the tasteful imperfections that everybody loves about vintage recording gear.

As you might have guessed, LoFi Tapestop produces the effect that occurs when a tape recorder is stopped or started. You can trigger and retrigger the effect using the play and stop buttons. The start and stop times can be adjusted independently, with beat-synced and time-based options available.

On the right side, the plug-in offers some additional options for extra-tasty slowdowns and spinups. The Flux slider introduces some pitch warble and other errors reminiscent of an older machine with less-than-perfect tape. There’s also a Muffle slider, which is essentially a low pass filter tied to the tape speed effect. The slower the speed, the more muffled the sound. Dust adds more noise and fuzz for extra lo-fi vibes. Finally, there’s a Shape switch that lets you toggle between linear and curved play and stop curves.

LoFi Tapestop looks like a nicely designed plug-in and a quick and easy way to add those classic tape stop and start effects to your tracks. It’s also a great addition to the developer’s other lo-fi effects, and there’s an attractive bundle offer. That said, it faces strong competition from plug-ins like Bleass Slow Machine, AudioThing Reels and others, some of which offer additional features at a lower price.

The plug-in requires Windows 10 or higher or macOS 10.11 or higher. It’s available in AAX, AU and VST3 versions. 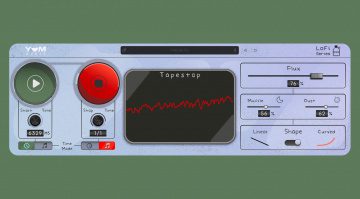 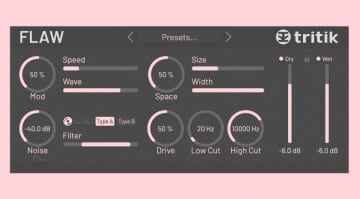 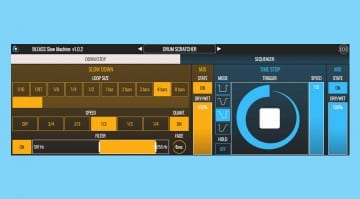 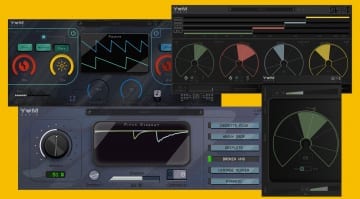 Say hello to Yum Audio and download a free plug-in