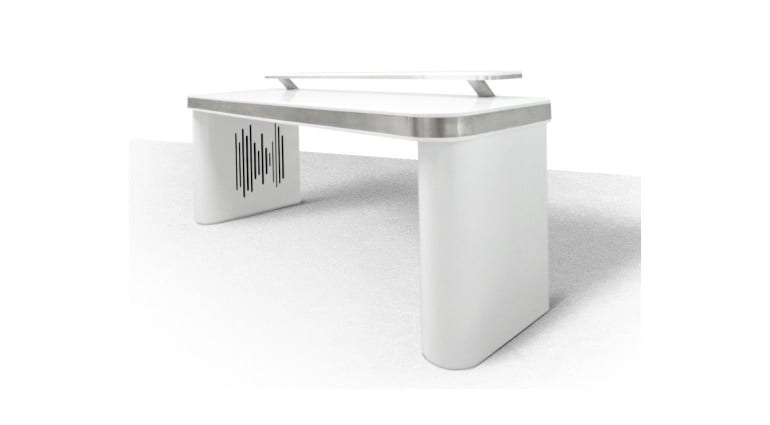 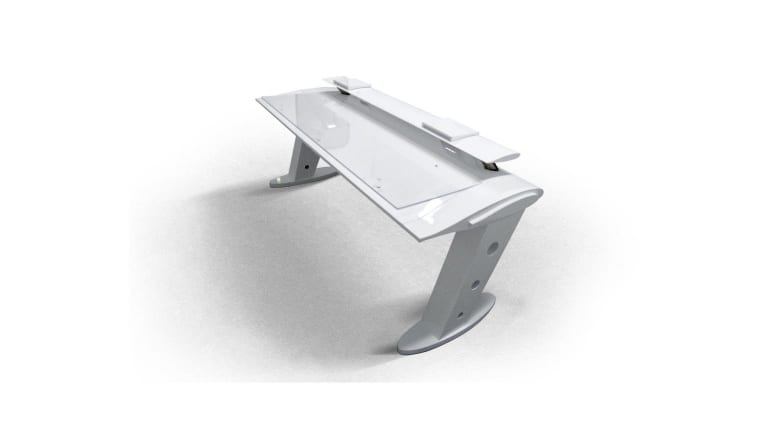 Studio furniture often comes pretty far down the list of many peoples’ key purchases but if you are running any kind of commercial operation or even serious home setup, that can be a mistake. Granted, some more RAM for your computer may seem a more immediate and pressing need, but the way your kit is laid out can help not just with acoustics but also with your workflow and thus your productivity. Because let’s face it, office desks or kitchen tables pressed into studio service not only look a bit rubbish but they’re also not designed to do what you’re asking of them.

Portuguese manufacturer Vitacoustic has come up with the JStand acoustic desks, two desks and one accessory that have been designed to relieve rather than exacerbate acoustic and workflow issues that can be caused by using less-than-ideal desks to hold your gear. You have to admit they do look pretty cool, although you’re paying a lot for the privilege, sort of like the Apple of the furniture world. They come in black or white too, though no Rose Gold.

The Wing Desk uses a solid glass top and has a built-in cable runway so you won’t drown in cables, which is a real problem much of the time. Monitor stands are customizable so you can tune their position for optimum stereo focus, as you’d hope. The Wing Rack lets you stack outboard gear at arm’s length. The Wave Desk is the third model and has a bass trap built in, with foam filling both legs of the desk and slightly thinner foam built into the rest of the body to absorb bass waves. This is the kind of thing you normally have to buy speaker isolation platforms for, and it’s an interesting approach to the problem of tightening up the bass end. 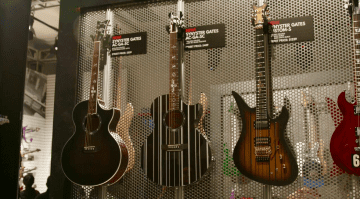 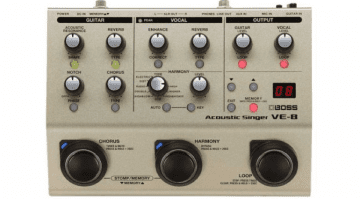