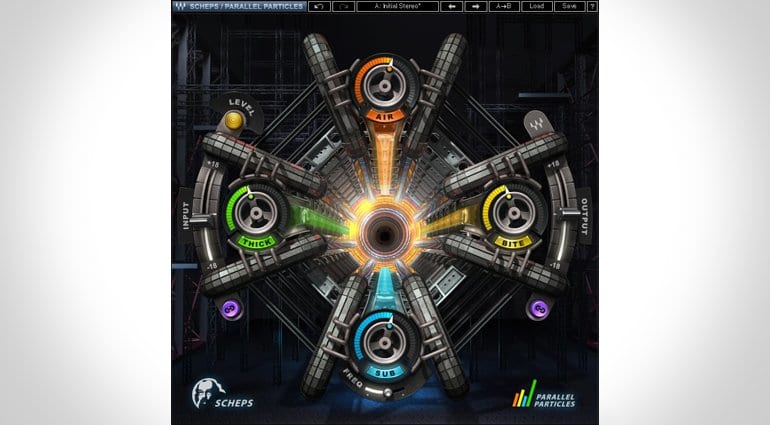 So here is what I would consider another ‘modern’ plugin. Although this one has more than ‘one knob’ which I often moan about, its design concept is to hide the processes involved and provide the user some simple controls. The engineer in me initially got concerned that this is another pretty plugin offering false hope to amateurs. However, there’s more going on here and the professional engineers seem to be catered for too. After all, this is by Andrew Scheps and Waves.

Andrew Scheps is one of the biggest names in the business with a credit list greater than many. The Grammy award-winning producer and engineer has worked with the likes of The Red Hot Chili Peppers, Adele, Metallica, Jay Z, Black Sabbath and Lana Del Rey to mention just a few. Reaching this level in your career and being asked by one of the leading plugin manufacturers to put your sound in a plugin has got to be a good feeling.

On Waves’ website, Andrew is reported to say the following about this new plugin: “This plugin is about attitude, energy and emotion. You can find the sound you want, without having to figure out which of the traditional tools will get you there. It is as much an attitude shaper as a tone shaper, so you can focus on how you want your tracks to feel.”

The plugin is divided into four controls: Air, Sub, Thick and Bite. These controls are presented in an unusual but very cool looking user interface which could be described as a particle accelerator, space ship or an industrial chemical plant. I like the concept of visualising the audio flowing like water and the processes are added in varying amounts for the optimum result. There also appears to be good visual feedback considering we don’t really know what the processes exactly are.

Scheps is a big fan of parallel processing such as parallel compression. A big part of his sound is blending the original signal with whatever he has processed to retain some of the natural artefacts of the source signal. This is very much the case with Parallel Particles, as whatever you set the controls too, there is always a blend of the source signal.

Overall, the concept is to apply as much or as little processing as you desire without getting wrapped up in the technicalities of hardware or software. By applying these four processes in varying amounts, Scheps believes even the most experienced engineers will find this a fast and useful tool. It could be used just to realise the potential for an element in a mix when your not sure what to do with it and I can certainly relate to that.

Head over to Waves’ webpage for the Parallel Particles plugin for more information and a free trial. They are offering the plugin for 59 USD as an introductory price, after which it will rise to 129 USD.

Here’s 3 video’s extensively taking a look at the new Parallel Particles Plugin with the man himself, Andrew Scheps. These videos are all from the Waves Audio YouTube channel. The first shows Scheps mixing in detail with his new plugin:

If that didn’t give you enough of an introduction, then check out this video demonstrating the plugin on several sources:

Lastly, this is a ‘behind the scenes’ style video, where Scheps explains the processes involved in Parallel Particles: