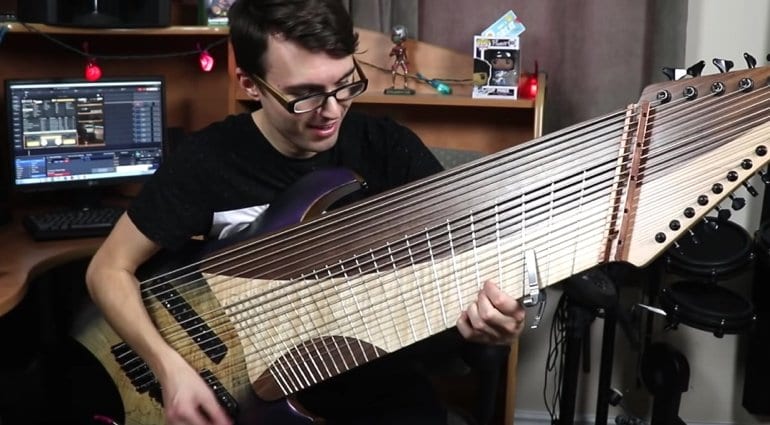 Stevie T has uploaded a hilarious new video to his YouTube channel. He was recently contacted by Chinese custom guitar manufacturer 10s, who offered to build him a 20-string guitar – 2 more stings than on Jared Dines Djent 2018 monstrosity by Ormsby.

Well, yes! It appears that this 20-string monstrosity will and you can see Stevie T giving it a go in the video below. Though he does play some Creedence and Oasis on it first – and even tries a capo at one point as well…

The guitar has a black walnut body and custom-built especially for the guitar a set of  4 Seasons pickups. We don’t know the full specification, but Stevie does mention a few times that it is pretty heavy.

Make sure you watch the video below! The extreme size of this guitar makes the spectacle of someone playing it kind of funny. It also proves that Stevie T is quite possibly off his rocker, mucking about and playing around with this bizarre instrument in an entertaining way.