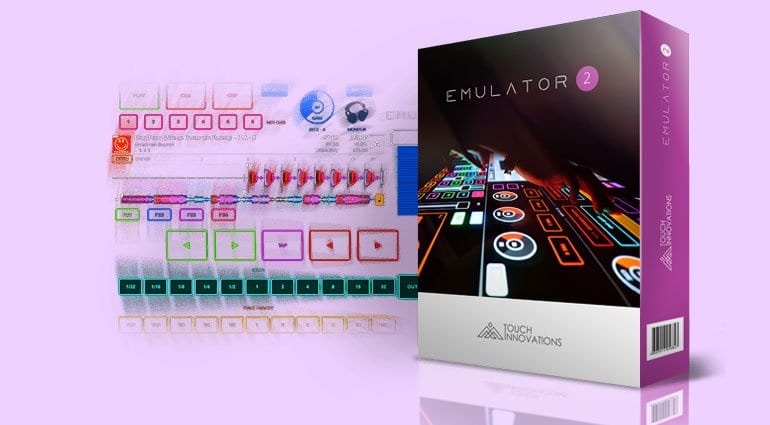 About 18 months ago SmithsonMartin’s touch screen MIDI controller software Emulator got a long awaited update to version 2. At the same time the company morphed into Touch Innovations and Emulator stopped being a regular $99 product and became a $20 a month subscription. Over a year later Touch Innovations has decided that subscription sucks.

Emulator is a great piece of software. It lets you build customised MIDI controllers on a touch screen for use with your DAW and MIDI devices. It has loads of potential in live performance and in giving multi-touch control over software. But $20 a month is more than you would pay for Pro Tools, more than you would pay for Adobe Photoshop, the sort of workhorse software you’d use every day. Emulator was fun and groovy but you’d use it ocassionally for things, or experiment with it in live performance. I was an avid user of version 1 but there’s no way I’d pay $20 a month for version 2.

It looks like most people agreed with me. The Emulator 2 quick-start-guide YouTube video has only had a couple of hundred views and if that’s any indication then Touch Innovations really dropped the ball with this one. It’s interesting to see with the demise of Cakewalk whether the subscription service had an impact on that. It’s definitely a smart move to ditch it as a business model and as they say themselves they have “opted out of the unpopular subscription model by popular demand”.

Touch screens are on the rise but they’ve still a long way to go before they are ubiquitous on desktop computers. Hybrid laptops and Surface devices could be an ideal platform but they are still up and coming in music applications. Touch Innovations need to nurture these communities. To be pioneers in interesting ways of controlling software and hardware that isn’t iPad centred. Emulator has the advantage of running on the same computer as your DAW. So there’s no adhoc networking or messing about involved. Now that it’s back to a sensibly priced piece of software maybe Emulator 2 will get the opportunity to be useful to people.

The trouble has always been that Emulator comes from their high-end DJ controller system, with this awesome back projected glass screen that costs thousands of pounds. But they tend to spend all their time at super-star DJ parties and forget about the potential of Emulator on the desktop for DAW and MIDI control. Hopefully this will get them back on track. Now all it needs is a manual and some tutorials!