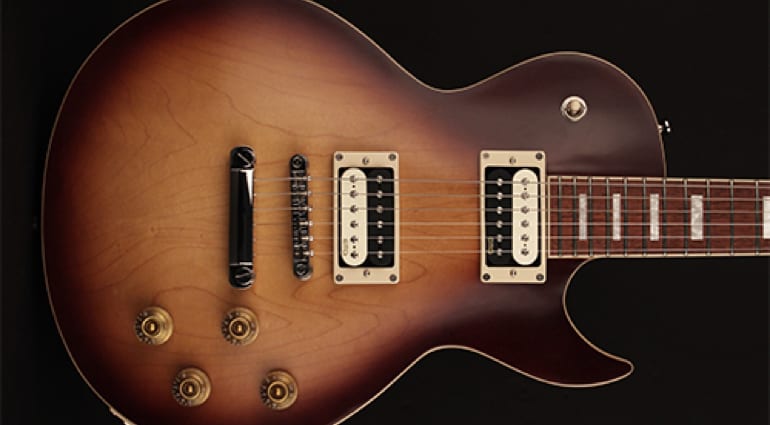 The new CR300 is a classic single-cut design and comes loaded with a pair of very interesting powered pickups, which COrt says can emulate the classic PAF tone of the 1950s.

There is hardly a pickup whose status is as legendary as the PAF humbucker. The abbreviation stands for “Patent Applied For” and refers to the first humbucker designed by Seth Lover that was used by Gibson in the late-1950s on its Les Pauls. This was replaced in the early 1960s by the successor with a patent number. The PAF has a place of honour in rock history and is, therefore, an often copied pickup. 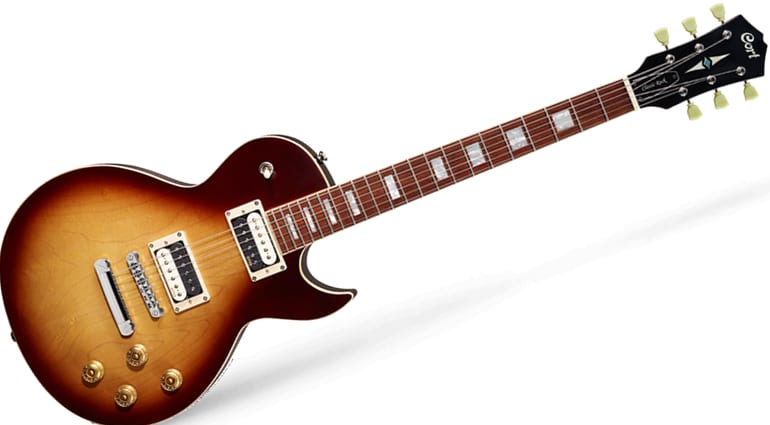 The new Cort CR300 is obviously a replica of Les Paul. However, the lower horn on the cutaway is a little longer than the original, presumably to stop it being a total clone. This guitar has a mahogany body with a carved maple top, a set 24.75″ mahogany neck and has a Jatoba fretboard with block inlays and 22 frets.  The CR300 comes with vintage tuners and the bridge is in the Tune-O-Matic style with a stop tail.

This instrument is loaded with a set of EMG RetroActive Fat 55 humbuckers that Cort says will sound like the original passive pickups but deliver a more modern range of sounds due to their active circuitry. The pickups are controlled by two volume and two tone controls via a three-way switch, just like a Les Paul. But being active pickups, they are low impedance and produce less noise while working better along longer cable lengths.

You can order the new CR300 in a rather fetching satin matt Aged Vintage Burst, which is a three-tone sunburst with dark red instead of black.

I think purists will probably hate this guitar, as it doesn’t say ‘Gibson’ on the headstock. But the construction style and wood choice are good, so it should be a decent guitar. If these EMG RetroActive Fat 55  pickups sound as good as Cort claims, this could be a bit of a bargain, given the asking price at well under $1000. 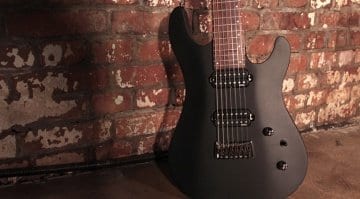 Can Cort conquer the budget baritone market with the KX257B?