New TC Electronics pedal leaked all over the internet. With a new feature and some official celebrity reactions of this new secret feature, will you want to get mashed this Friday? 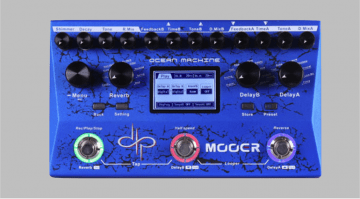 Mooer's new full-on delay effect pedal has been developed with Devin Townsend and evidently tries to give a whole lot of options that are still easy to use - can they pull it off?
ADVERTISEMENT

26 Jan · Yeah, I have to agree with you there. Reminds me of the tulip bulb hype of the 1600s... lol https://www.investopedia.com/terms/d/dutch_tulip_bulb_market_bubble.asp

26 Jan · I'm pretty sure those two later models of Parker were designed by Washburn, after they bought out the original company from Ken Parker. I owned an original '90s Parker Fly Deluxe and though a great ...