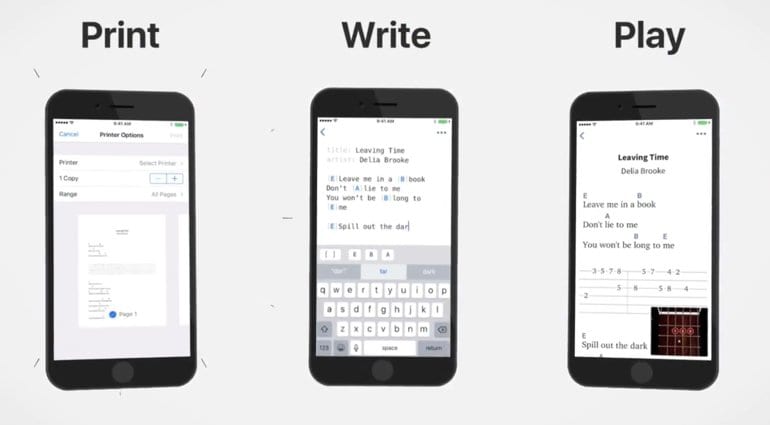 TabBank iOS App for creating tablature on your iPhone or iPad  ·  Source: TabBank/YouTube

TabBank is a new App coming to Apple’s iOS this Thursday allowing guitarists to convert tablature into standard notation. And it promises to let you build up a library of your favourite tabs from the web and even print them off.

Designed for iPhone and iPad, TabBank is a guitar tab editor that allows guitarists to build up a library of their music on the go.

You can even do things like give a tap on a chord on the screen to hear it or tap riffs and even solos to preview their sound via a basic MIDI sound engine, using an internal version of their Chord Bank application.  It can also convert plain-text tabs into sheet music for you, which you can print and also export as PDFs.

What makes TabBank extremely useful is the way it pulls in tab and chord sheets from the internet. You’ll need to install a mobile Safari extension, and then navigate to any of your favourite portals, like Ultimate Guitar or E Chords.

With the ability to also print and export PDFs, this could be a really handy tool for bands or musicians collaborating on pieces of music together.

This new app will be released on Thursday 27 July and will be available from the Apple App Store via your Apple iPhone or iPad. TabBank comes from the same designer as ChordBank and Better Notes and its maker has also said that it should be coming to the desktop platform later this year as well.

I have been a subscriber to Ultimate Guitar for many years and have always kept a huge library of tabs on my smartphone, so it will be interesting to see how well TabBank will integrate with that and the many sites that I use. Hopefully, it will come over to Android soon so that I can use it on my Samsung Edge.

RRP – Free with in app purchases 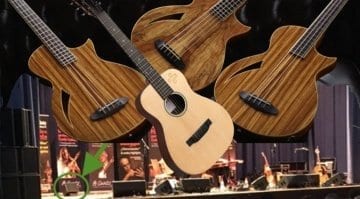