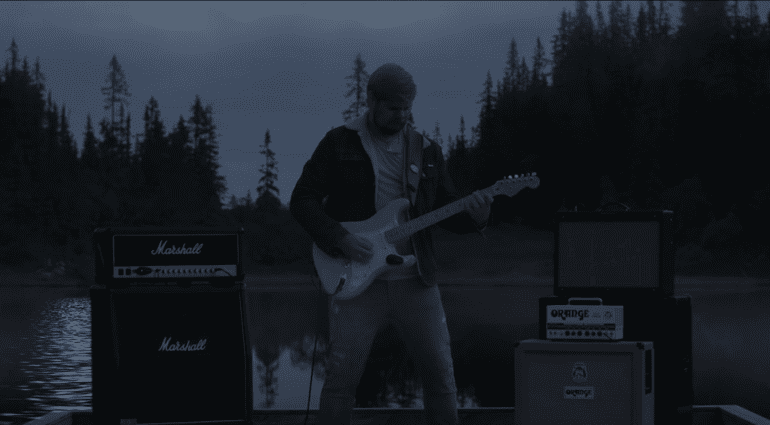 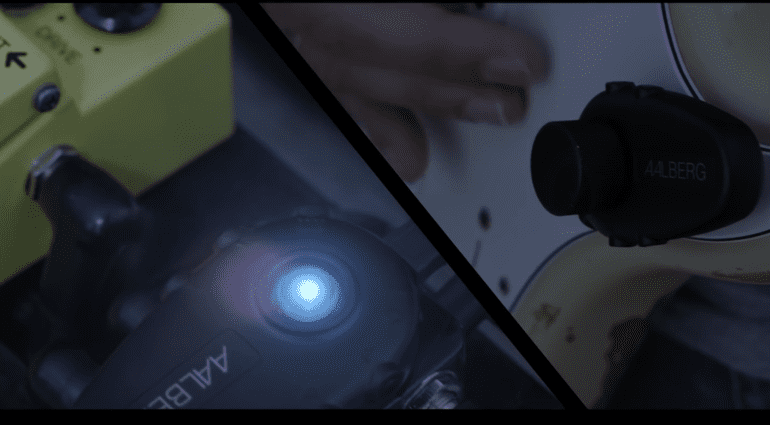 The new Aalberg Audio Moon M0-1 can be used for either wireless channel switching for your amp, or as an ABY switch and last as a MIDI control. So if you need rid of cables this new product from Norway could be just what you are looking for.

This new video has just landed on YouTube and it is all a little dark and elusive, yet the product itself sounds like a winner to me. Full details and specifications have yet to be released and so we will have to wait until they are all announced nearer the launch.

Aalberg Audio are crowdfunding the new M0-1 Wireless Switcher via Kickstarter and the product looks very promising indeed. The Kickstarter campaign starts on 4th October, yet they already have some details over at their, plus the ability to actually win one as well! 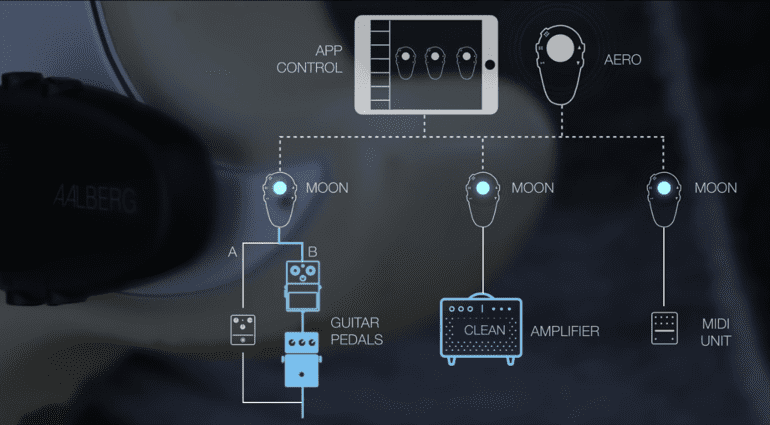 You can control up to eight units from the Alberg Remote controller , which itself attaches directly to the front of your guitar for ease of use or you can also use their App. I’m presuming that the App with run on an Apple iPad and be available from the App Store, though no details as yet.

The other half of the unit plugs directly into your amp or effects units. I have included a screen shot from the YouTube preview video above so that you can get an idea of how it could be set up in a live guitar rig.

This Norwegian company is no stranger to wireless controllers for guitarists, as they already have their Aero System up and running since last year, so I have included their video below for you to check that one out as well.

More details should be available on the launch in October, one to watch out for sure.