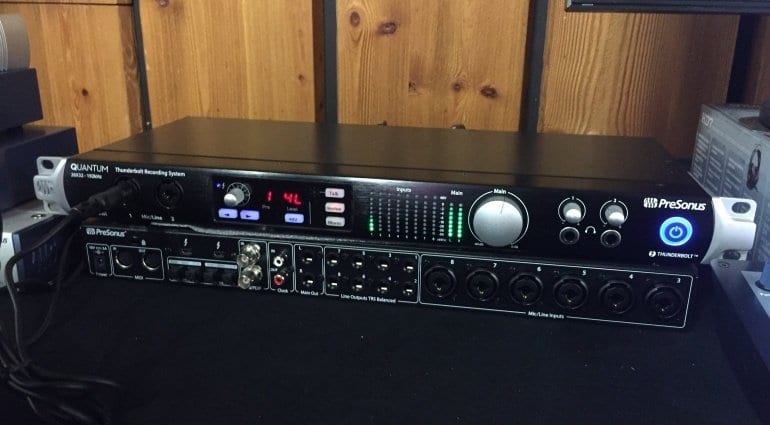 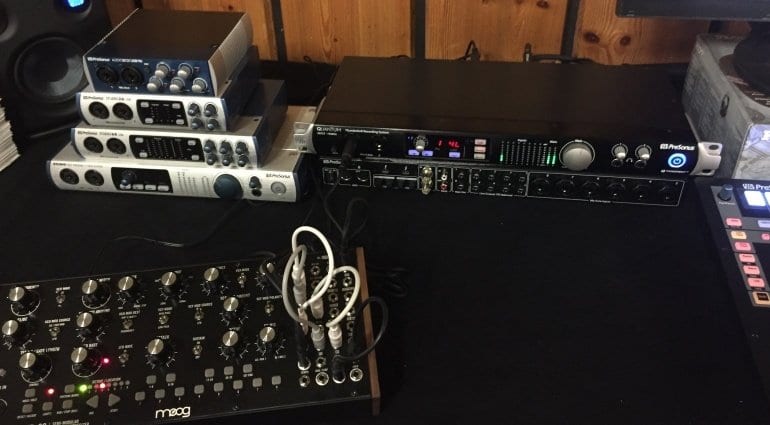 The Quantum doing its business in partnership with the Moog Mother.  ·  Source: Gearnews.com

SonicState reported that PreSonus is showing a new Thunderbolt 2.0 rack audio interface at Superbooth 2017, called the Quantum. It’s the first PreSonus interface to have DC coupled outputs for running analog, trigger, or control signals to Eurorack gear. The manufacturer plans to offer this feature on all its interfaces from now on, though we can’t be sure if this includes the budget end of things. After all, how many modular enthusiasts are still keeping an Audiobox around?

The Quantum is designed to run at low buffer sizes with very low latencies, letting you go as low as 8 samples and below 1ms of latency thanks to PreSonus’ custom drivers. That’s a bold claim to make, and we can’t be sure it applies to each and every recording scenario you will encounter. So don’t go mashing the Buy button just yet!

In terms of connectivity, the Quantum features a 26-input, 32-output audio interface with two Thunderbolt 2.0 connectors, 2 word clock inputs, MIDI connections and probably plenty more. PreSonus is yet to publish the exact Quantum specifications, but we know fidelity is capped at 24-bit, 192KHz. You can also stack up to four Quantum units for maximum connectivity, enabling as many as 96 inputs and outputs.

With PreSonus’ native processing and low latency drivers, using plug-ins on the monitoring path has been made possible. For example, putting some delay and reverb on the headphone mix for a singer can happen without a separate monitoring mixer.

PreSonus will start shipping the Quantum in the end of May. Price is around $995, which sounds reasonable for an interface with this many capabilities. While it doesn’t look as posh as Antelope Audio’s latest creations, the Quantum seems like an utter workhorse. Modular synth enthusiasts will probably appreciate its signal handling capabilities, while the near-zero latency sounds like a godsend.

Here’s the interview SonicState conducted with PreSonus rep Arnd Kaiser, where we first got to know about the Quantum: