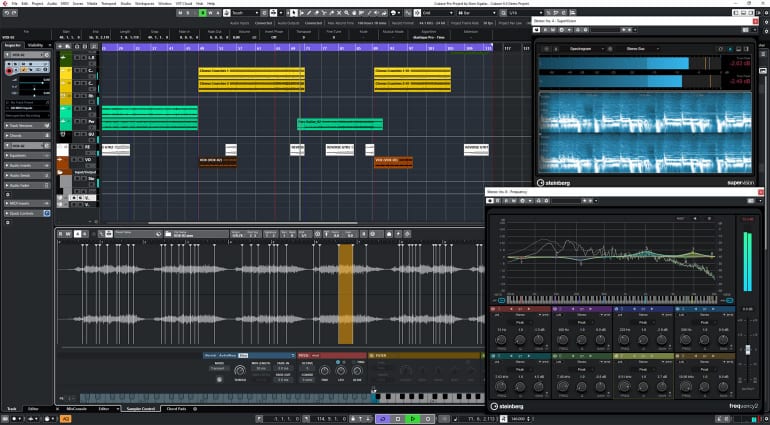 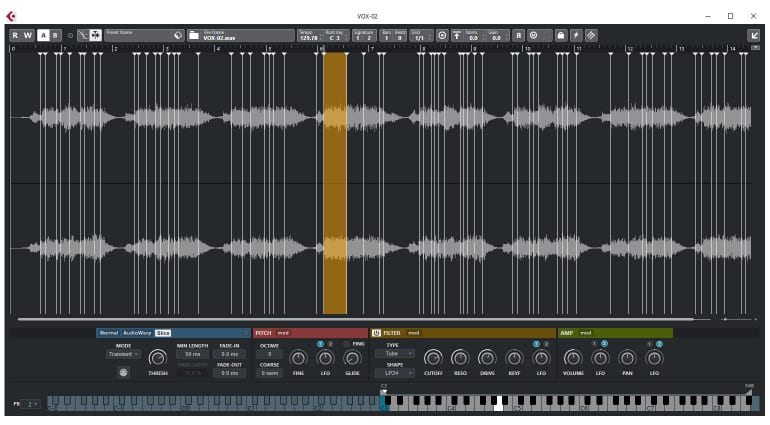 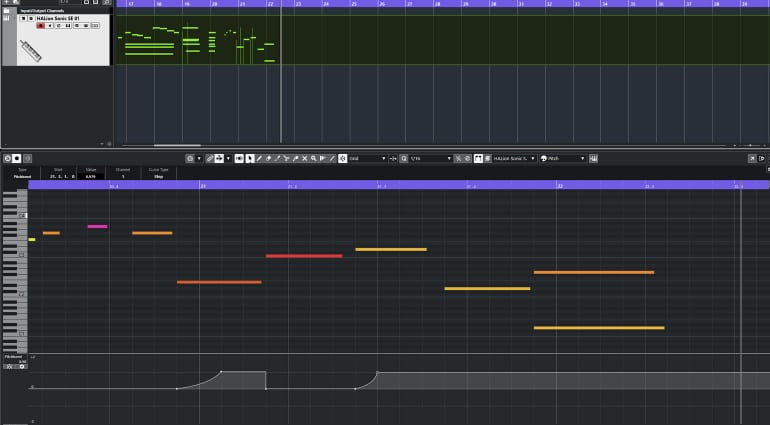 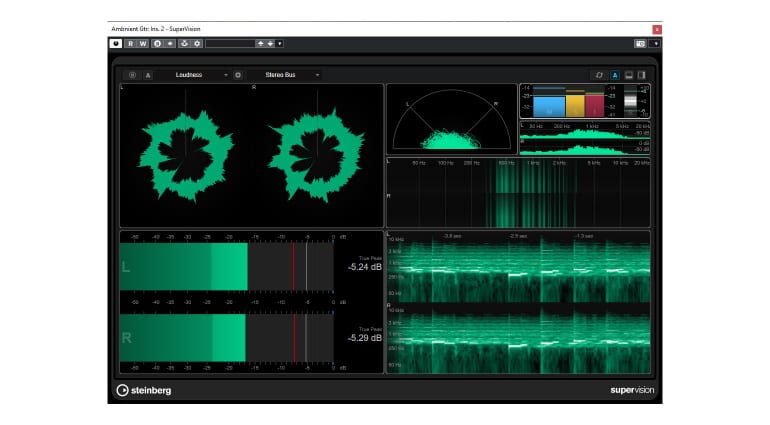 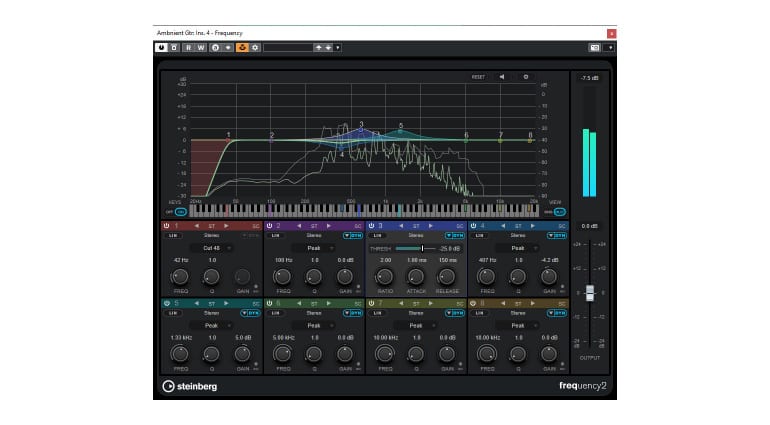 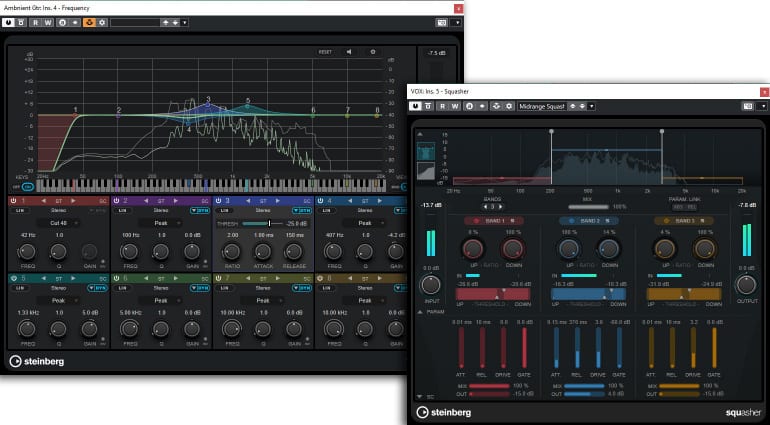 Steinberg has revealed the latest version of its long-running daddy of all DAWs, Cubase. Cubase Pro 11 brings a smattering of enhancements, some very cool plugins, slicing and modulation in the Sampler, scales and curves in the Key editor pitch bend lanes and a whole lot more.

I’ve been running the update for a little while now and it’s given me the chance to check out the new features and bring you this review of how Steinberg are adding value and development to the Cubase family. Version updates always feel like they should be epic in nature but they rarely bring massive changes and instead focus on areas that can be improved, enhanced or where workflow can be made smoother. However, just because the changes are not revolutionary doesn’t mean they haven’t been developed with energy and hard graft. Improving a behemoth like Cubase must be a daunting task when you have so much legacy to maintain. Then again Cubase has taken some massive strides over the last few versions and perhaps it’s only with hindsight that we see exactly how far they’ve come.

Version 9 brought in the Zone concept which moved Cubase from the DAW-of-a-thousand-windows to a much calmer integrated approach – that was pretty epic. It also brought in the Sampler Track which was nicely innovative and creative and the history function in the Mix Console which has probably rescued many mixes. Version 10 brought the rest of the interface into line with the new look of version 9 and lots of standard functions were simplified and smoothed. Plugins got new GUIs and now appeared as thumbnails in the browser. The mixer history developed a snapshot feature so you could move between completely different mixes. Version 10 really did bring a raft of enhancements to every aspect of the design and functionality which brought it back together as a coherent and reinvigorated DAW.

With version 11 it feels like that transition from the old to the new and future-looking Cubase is complete and what we find is more to do with tinkering than an overhaul. Specific improvements to certain tasks, some brand new plugins, under the hood optimisations, Windows 10 catching up on the high DPI scaling and they’ve had some fun developing the Sampler Track, Key Editor and Score side of things. It doesn’t feel epic but it’s worth checking out.

Probably my favourite innovation in Cubase for a while, the Sampler Track is deliciously simple and immediate and devastatingly useful. You just drop some audio in there and you can play it and mess with it in an old-school sampler sort of way. You’re not creating multi-sampled instruments or scripting articulations you are dropping a sample and playing it – job done. Also, it doesn’t have to be audio, it can be a MIDI part that Cubase automatically renders into audio when you drop it – genius! 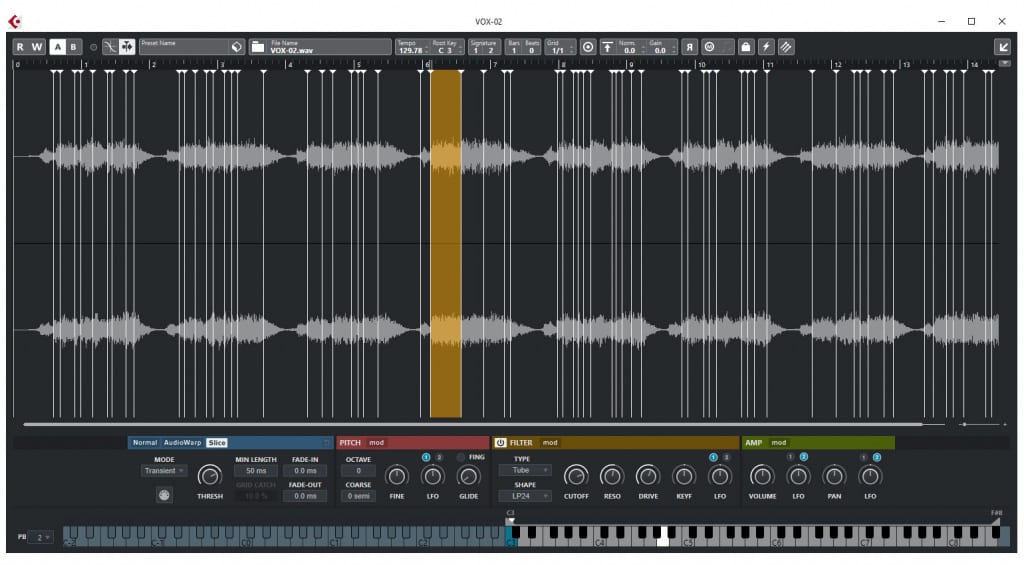 Version 11 brings in some intelligence to push the fun even further by making it just not quite so basic. Now it will automatically slice your sample and map it across a keyboard for instant slice triggering. This is more applicable to drum loops and noises than instruments but it’s very fast, accurate and instantly playable.

They’ve added pair of LFOs with multiple waveforms and variable shapes that can be applied to the pitch, filter or amplifier. It turns it into a proper instrument making machine. There are some options for the Quality of the playback. Moving through Standard, High, Best and Extreme they all sound pretty similar to me but the Vintage option comes with some nice bit reduction and turntable emulation for a good bit of grit and gentle warp.

A Glide knob has appeared in the Pitch section which adds some monophonic glide to your playing. You can opt for it to happen on every note or only when playing legato. The Sampler Track goes from strength to strength.

Pitchbend and CC information can now benefit from curves and ramps in the automation lanes. Makes you wonder why it hasn’t been treated like any other piece of automation for so long. You can also quantise the pitch bend to semi-tones making it super-easy to draw in. 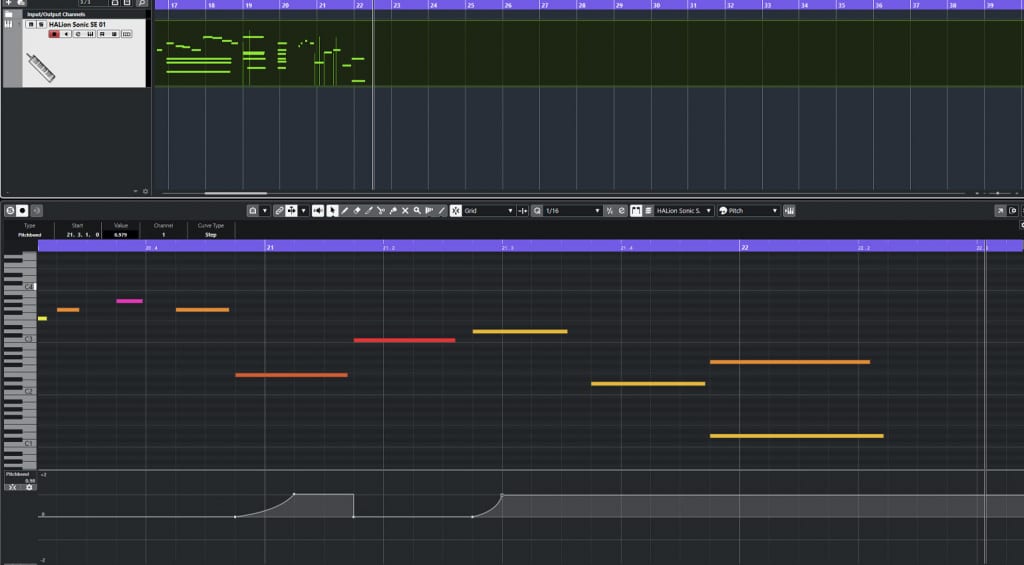 The other change is the addition of the Scale Assistant to the Inspector panel for the Key Editor. This lets you set a scale to apply to existing or future notes. It will have a look at what’s there and suggest a scale for you or you can choose your own. The background of the piano roll changes dimly to reflect the changes to the notes but the piano itself doesn’t which is a shame. I’d like to see the active notes being indicated in some way. Otherwise, the Scale Assistant is a beautiful thing and often found on MIDI controllers but its presence here means you can make use of it while playing any controller or when editing and never hit a wrong note again.

The Score editor still feels very much a separate part of Cubase and runs in its own window like it always has ignoring the new Zones way of doing things. I confess that this is not an area that I know or understand very well. I do know that all the scoring efforts are usually directed to Steinberg’s dedicated scoring package Dorico and so the Score Editor is more about producing a simple score of your work and they’ve added some more fonts to help with this. In version 11 we have better access to note properties and the Note Overlay which appeared when adding notes in version 10.5 now appears automatically when editing notes making that process a lot easier.

We always appreciate more plug-ins and I’ll kick off with the long-awaited update to the humble oscilloscope. The Oscilloscope plugin always looked like something from before Cubase SX; it had this Windows XP vibe to it – but no more. In what can only be described as an epic transformation it has been reborn as SuperVision and it’s fabulous. SuperVision brings together a whole range of analysis, metering and display tools into a gorgeous and slick interface. You can pull up spectral displays, phase metering, loudness and spatial tools and have them all up at once or focus in on what you want to see while the GUI morphs and adapts to follow your lead. It’s such a useful tool in all sorts of situations not least of which is to turn Cubase into a mastering environment. 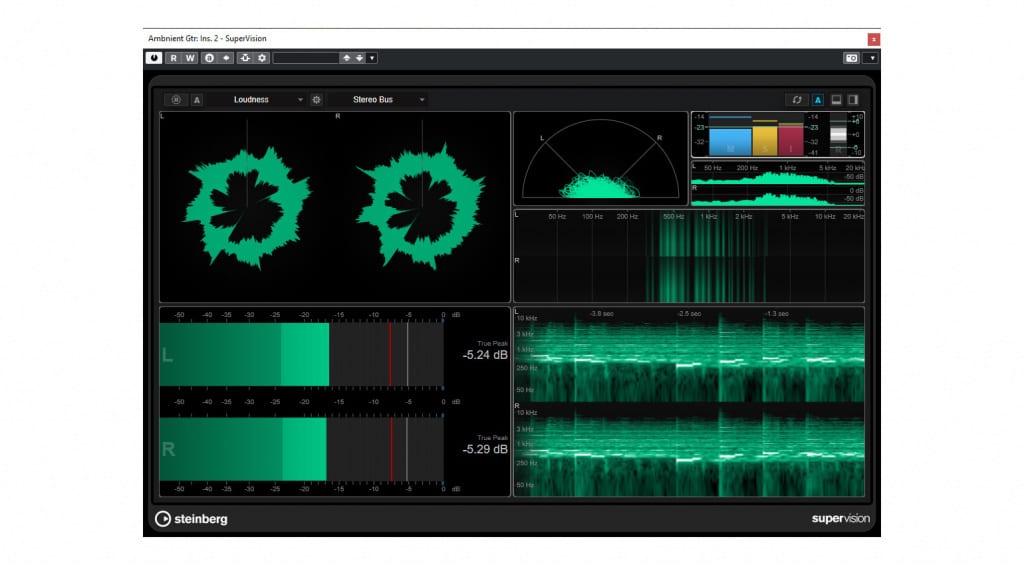 On the EQ side we have a new version of the Frequency dynamic EQ plugin. All 8 bands can be set to Dynamic Mode so they adapt to the input signal for very precise processing. Each band can have its own side chain which introduces Cubase 11s support for the multiple side-chain architectures of VST 3.

For some stereo field manipulation, we have Imager which places tracks independently in a multiband stereo environment complete with scope and correlation displays. Talking of panning the MultiTap Delay now supports up to 5.1 surround sound.

Probably the most impressive new addition is the Squasher. Described as an EDM Enhancer it will pummel the living daylights out of any source material and throw it straight in your face. It has 3 bands of compression and a bunch of presets that just make everything sound bigger, fuller and more intense. It’s a lot of fun and I’m sure it’ll become useful once you get over the sheer ballsy-ness of it. 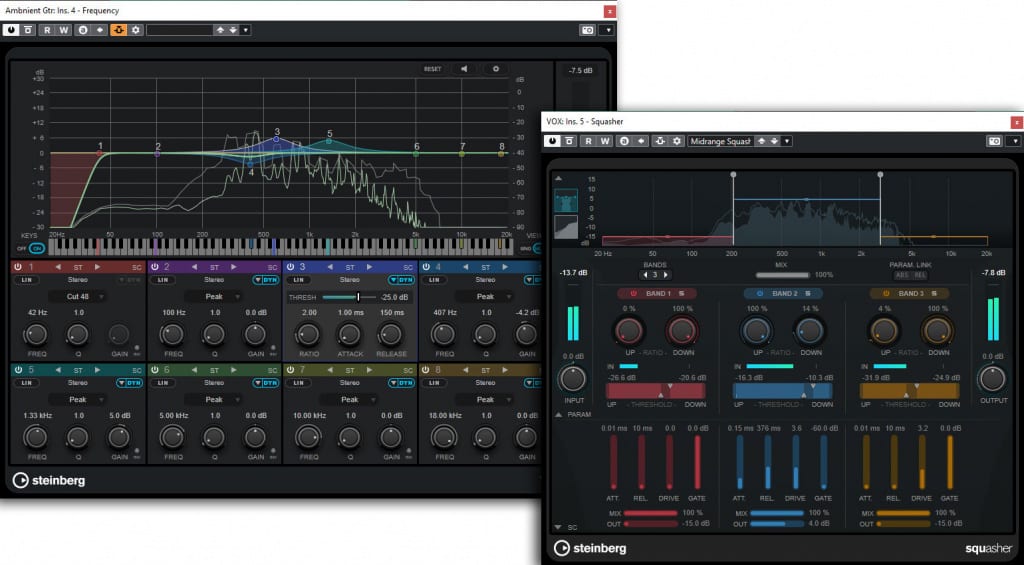 Version 11 is not an epic update but it does consolidate the bigger changes they’ve made and continues the trajectory forwards. It builds on some of their innovations like the Sampler Track and pushes for better performance, variable DPI support and workflow improvements. There’s also a shed load of new sound and loop content plus a compact version of SpectraLayers visual audio editor to play with.

A lot of work has gone on under the hood to work on the less glamorous functions like improving the export of stems, optimizing for heavy sessions on systems with more than 8 cores and adding support for Avid consoles.

For me, I really like how Cubase has come together over these last couple of versions. It feels like the groundwork has been done to set it up for the next 10 years and it’s ready to explore new and exciting avenues. While version 11 isn’t a stunning upgrade it’s a solid one that puts Cubase back at the top of the game.