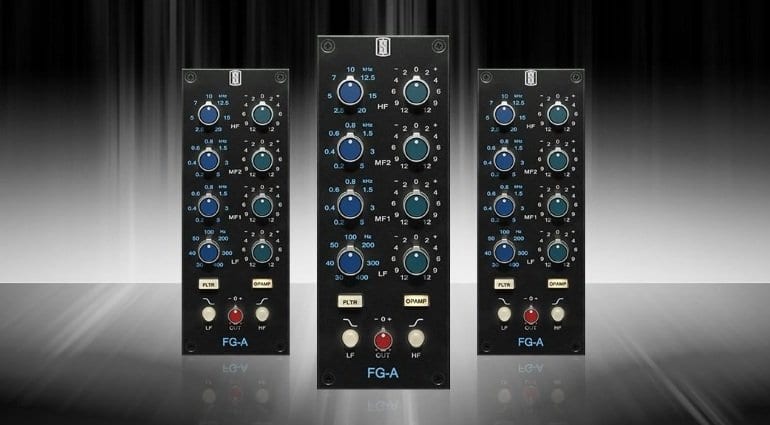 Slate Digital added a new vintage equalizer to its Virtual Mix Rack platform – the FG-A. FG-A is based on a famous American console channel strip EQ, which is another way of saying Slate simulated an old API EQ.

Simple to operate, it has four sections with two knobs each – LF, MF1, MF2, HF. Left knob adjusts frequency, right knob tweaks gain. There’s a Filter button which toggles the LF and HF filters, and an Opamp button to give the sound more character with opamp and transformer emulations. The analog colouration happens before and after the filters, as well in-between two consecutive bands.

As usual, Slate’s developers took great strides in recreating the original hardware’s behaviour in all its subtle complexities, complete with proportional curves and non-linearity. The latter, Slate explains, is “dynamically dependent on the settings” as with the original hardware. However, SD claims plug-in recreations from other developers skip this particular aspect, hence FG-A is supposedly the most realistic API EQ emulation.

Slate is selling FG-A for USD 150. The plug-in is available in VST/VST3/AU/AAX formats for Windows and Mac systems. Everything Bundle subscribers can download FG-A right away.