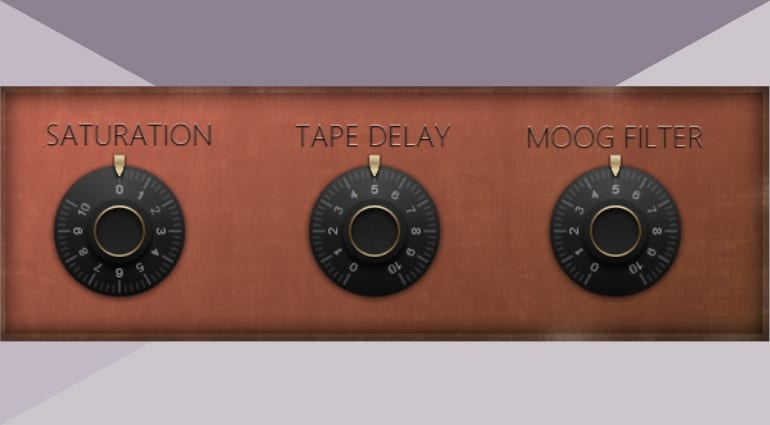 I just love stories that begin moody and end up with a free saturation plug-in (plus a happy developer). The story of Satura is kind of like that. After spending who knows how much time on the plug-in and a selling platform, Satura’s developer gave it away on Reddit, stating that “competition was too da*n high”.

However, the Reddit community welcomed the offering with open arms and insisted that the developer add a donation button. So there’s a cool little story about how human kindness helped a struggling developer come up with a reasonable “business model”, so to say. Donationware is awesome and must be supported!

With just three knobs, Satura is able to coax digital distortion, lo-fi tape delay and analog transistor saturation courtesy of a modeled Moog ladder filter. The goal, says the developer, is capturing the essential grit of the 80’s sound. As with all competent saturators, this one is capable of subtlety at gentle settings and complete overdriven havok when pushed to the extremes.

Satura exists in Mac AU, Mac VST3, and Windows VST 3 formats. It’s completely free to download and smash stuff with. It was only after the Reddit community requested that the developer added a PayPal donate button, so donations are always encouraged.

Saturation plug-ins and hardware have been very popular releases as of late. There’s seemingly no end to how much producers want to characterize and mangle their pristine digital audio. So check out just a glimpse of some the recent developments on the matter: