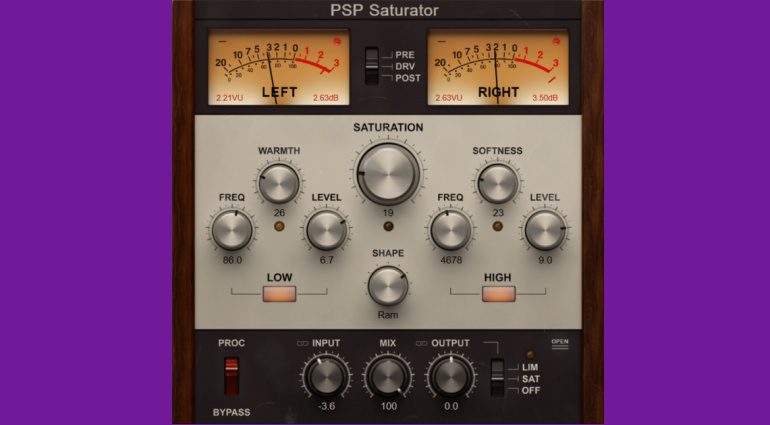 Developer PSP Audioware is known for offering terrific-sounding, fair-priced analog emulations. PSP doesn’t put out stuff often, but when it does, it’s always something to look into. The latest release is PSP Saturator, an ambitiously be-all-end-all of musical distortion for your DAW.

The new PSP plug-in takes a bit of everything that colors sounds with added harmonics. It has 8 different saturation shapes and 3 sculpting engines for low, high, or overall saturation. There are also adjustable Low and High band processing engines for band-specific saturation.

The parallel mix feature includes an intelligent phase alignment algorithm. Likewise, there are multiple metering modes for signal monitoring along with an additional control panel to fine-tune saturation and smoothing parameters. At the output stage, PSP Saturator offers three modes (off, saturation, limiting) depending on your needs. They go along the Input and Output gain controls you’d expect to find in any analog-inspired plug-in.

Finally, the audio engine offers quad-sampling for the poshest-sounding digital along with just 6 samples of internal latency. The included 200 presets ought to be enough to get you started with all that. The user interface is knobby but straight to the point, complete with realistic VU meters. I can Saturator will be another home run for PSP, even considering the distortion plug-in segment is over-saturated (excuse the cheap pun…). 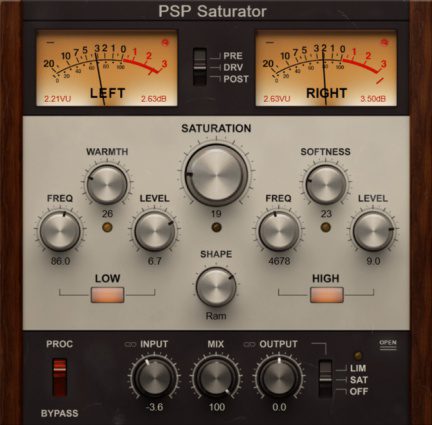 Until November 14, you can buy PSP Saturator at an introductory discount (30% off) for USD 69. Current owners of the PSP MixPack bundle can buy PSP Saturator at an additional 70% discount (which makes 100% – y’all mean the plug-in is free?!). Likewise, a free 30-day trial mode is available from the PSP website. PSP Saturator works under Windows 7 or later / macOS 10.10 or later in 64-bit VST3, VST, AAX, and AU formats. As with all PSP plug-ins, the free iLok License Manager application handles authorization.

Deal: Get up to 75% off McDSP analog-modeled plug-ins and bundles 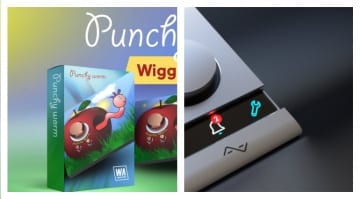