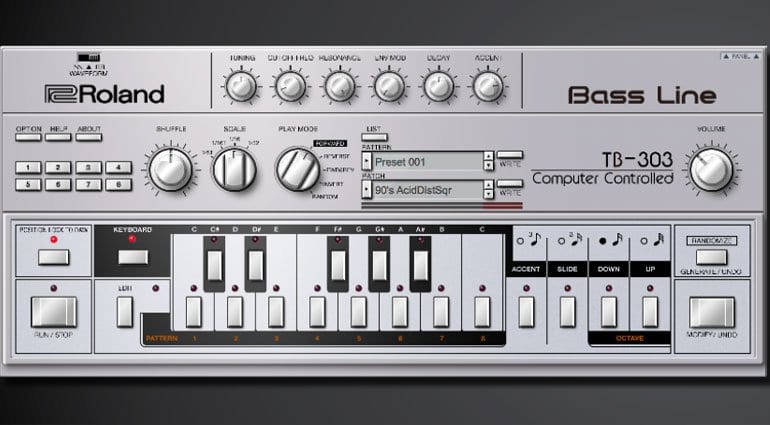 Well, of course, it’s 303 day! The 3rd of March has now been officially adopted as the day we talk about everyone’s favourite bass synth, the Roland TB-303 Bass Line. And as DJ Pierre says in the opening to the promotional video “it has the most unique sound in the history of the world”. To celebrate 35 years of the TB-303 Roland has released their virtual analogue version onto their Roland Cloud platform as a VST instrument – woop.

All right, we know we all want a proper analogue re-release of the original TB-303 with perhaps a few extra bells and whistles for 200 quid. But it doesn’t look like it’s ever going to happen. Not even Behringer seems prepared to clone the Bass Line’s sound and quirky interface. Roland believe they’ve already re-released it as the Boutique TB-03, and they are probably right but there’s just something about it being digital using Analog Circuit Behaviour modelling technology that doesn’t quite meet our expectations. Expectations that are, by all accounts, tests and double-blind reviews completely unjustified – the TB-03 sounds great! But we still want what we perceive to be the “real thing”.

Anyway, there’s no use crying about it. What we can get behind is a lovely new TB-303 virtual instrument. It retains the flow and functionality of the original design while giving us a load of new things that we didn’t know we needed. The edit window opens up to reveal a sequencer editor so you can get in there and edit your patterns and create variations. It looks a bit like the Matrix Sequencer in Propellerhead Reason. It has some randomisation functions so that you can create endless 303 patterns. There are 5 play modes which can take your forward, back, back and forth, inverted or randomised. You can stuff it full of patterns up to 64 in 64 banks while 8 variations are still available on the front panel. They also stuck in the drive and delay effects made popular via Propellerhead Rebirth. 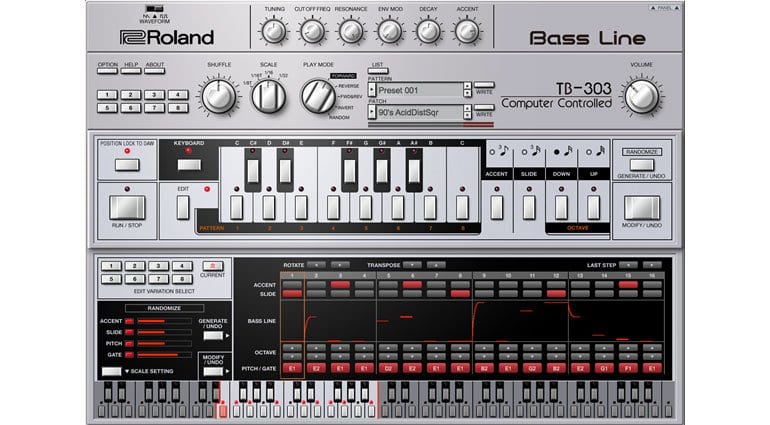 It looks awesome and probably has everything it should have to make it fun and accessible to a wider audience. There’s just one thing though. For me, part of the joy of the TB-303 was in the getting to grips with it. How the patterns you created were often accidental because of the slightly frustrating nature of the sequencer. But you learned to go with it and celebrate the mistakes and missteps, whereas now you can make it perfect, or just hit random. While much is gained for most users coming to this fresh something is also lost and I’m not even talking about the hardware interface.

Roland can once again claim to be giving us what we want and that’s awesome, I have no problem with that, but it’s just not quite what we wanted deep down in our souls. However, they’ve also produced a rather wonderful history of the TB-303 which is a fascinating read that does help restore your faith that Roland is aware of what they have. So, happy 303 day everyone.

You can currently only get the TB-303 with a Roland Cloud subscription for $19.95 a month. You get lots and lots of amazing instruments and content for that and it gets better all the time. 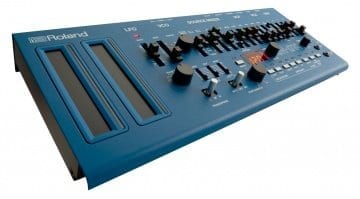 So Roland sued Propellerheads for creating the first virtual analog model of the 303 (and 808 + 909) in ReBirth, forcing them to discontinue the product on iOS – so they could turn around and steal elements of the ReBirth/Reason interface, 23 years later. This is innovation, Roland?

I used to own two tb303’s and a tr909 and numerous other 80’s synths, I had to sell them years ago due to money problems (worst thing i ever did). I recently bought a tb03 and now decided to try the cloud tb303. I found that the cloud tb303 sounds better in some respects than the tb03 :(.

But… none of them sound close to the real thing :(… korg released the ms20 mini which is excaclty like their original ms20…so why dont roland just release the original tb303 again? they would make a killing.