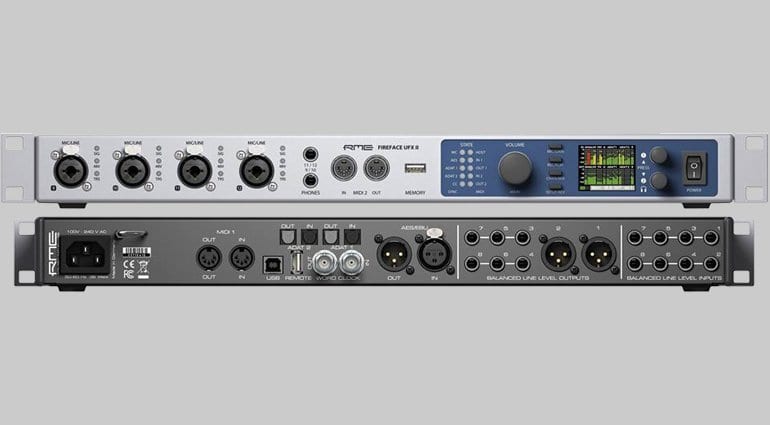 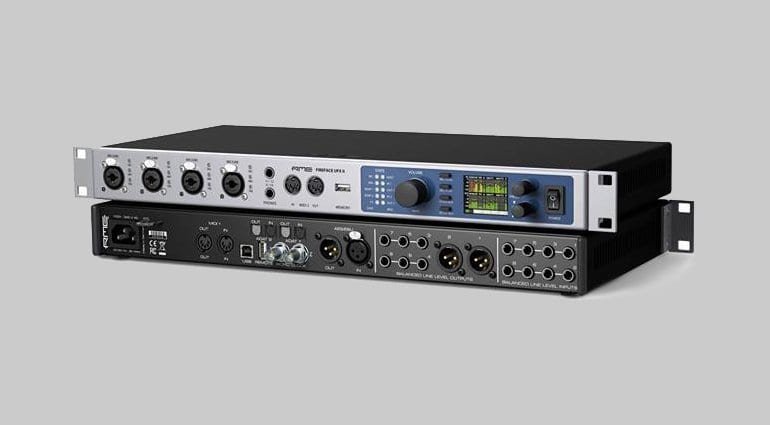 Today, RME have announced they are releasing a new interface, the Fireface UFX II. A slightly cut-down version of their flagship Fireface UFX+, the UFX II appears to retain many of its big brother’s specifications and features. If RME’s greatest interface yet was only a dream, then perhaps the Fireface UFX II could make that dream come true.

Interestingly RME have opted for USB2 connectivity, which of course is also USB3 compatible. One area where they have made some savings is the Thunderbolt connection, which apparently require expensive chipsets. It will be interesting to see what the latency values are for the Fireface UFX II, but if there was a company who stood out for their expertise on drivers, RME would be a contender.

The UFX II is being sold as a 60 channel interface, much like its predecessor. This I/O count is comprised of 12 analog (which includes 4 combi XLR pre-amps & instrument inputs), 16 ADAT, and 2 AES channels, resulting in 30 channels input and 30 channels output. Compared to the UFX+, besides the lack of Thunderbolt, the UFXII is also missing the MADI connection. Everything else appears to be very similar to the original UFX unit, even the MIDI ports on the front panel, which seems quite dated to me now.

The main improvement however, will be the latest generation of RME pre-amps and AD/DA converters. These have improved SNR and THD values to provide the high-quality modern RME sound. The new mic pre-amps with a +18 dBu maximum input level offer 75 dB of gain, which is a lot, even today.

This product offers a well-rounded selection of inputs and outputs, alongside the ‘un-cloured’, clear sound we expect of RME equipment. The UFX+ is priced in a reasonably competitive area of the market, so I think RME are hoping the UFX II will offer something to those that can’t quite justify the likes of the Focusrite Red 4Pre. That’s especially true if they’re not going to need Digilink or any AoIP technology, or use a PC and have still not moved to Thunderbolt. Features such as the recording direct to USB and RME’s fantastic TotalMix FX control software alone are reasons to consider this as your next purchase.

There currently isn’t any information available on RME’s website, but keep an eye open as details should be released soon. The recommended retail price is believed to be 2,499 USD, which we will be confirming shortly. While street prices obviously differ, it doesn’t strike me that the UFX II is going to be a significant saving over the UFX+. Currently the UFX+ is available for 2,169.09 GBP. 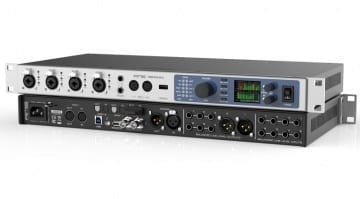 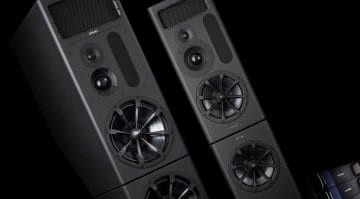