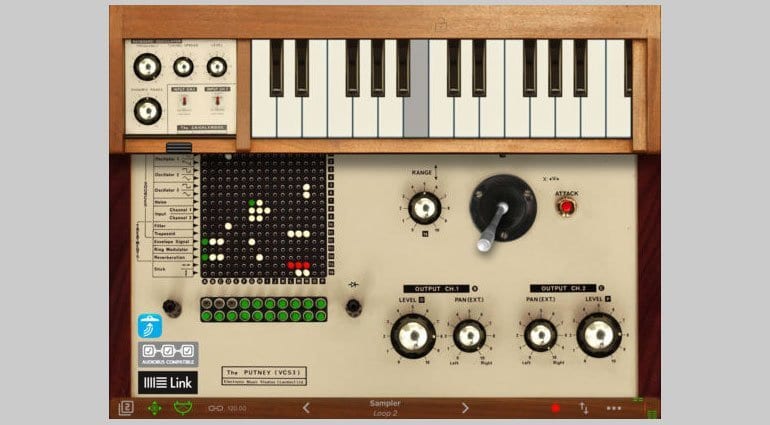 Alessandro Petrolati released his EMS VCS3 emulation for iOS back in 2014. The iVCS3 app is about to reach version 2 and he’s shared a sneak preview of the update.

It will always be “The Putney” to me, because that’s where it was built and also that’s where I first lived in London. One sat in my boss’s office when I worked at Turnkey music store in the Charing Cross Road. It was endlessly fascinating – partly because you were too scared to touch it. The EMS VCS3 is a famous boutique synthesizer, with that fascinating matrix, unique joystick and wonderful wooden enclosure. Petrolati’s iVCS3 is the official app emulation.

According to the YouTube description, there’s quite a list of updates. There’s support for iPhone as well as iPad; it can split itself into different modules for AudioUnit plug-in support; and there’s a new input/mic/sampler envelope follower. The sequencer has been upgraded with randomizer functions and you can now “create random sound”. There’s also a new preset manager. The release includes a whole bunch of bug fixes and improvements including play/stop on Ableton Link and the smoothing of mute switches.

The iVCS3 captures this unique instrument perfectly for me and it’s so good to see continued development. The current version is £5.99 hopefully the new one will be the same.

There’s no information yet but I’m sure it’ll appear on Alessandro Petrolati’s website Apesoft.it before too long. 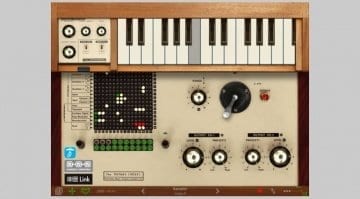 One response to “The Putney iVCS3 version 2 sneak preview”

Be a good idea to make this for other devices? As in a vst for software’s, for hardware devices to control???? Please!?=)