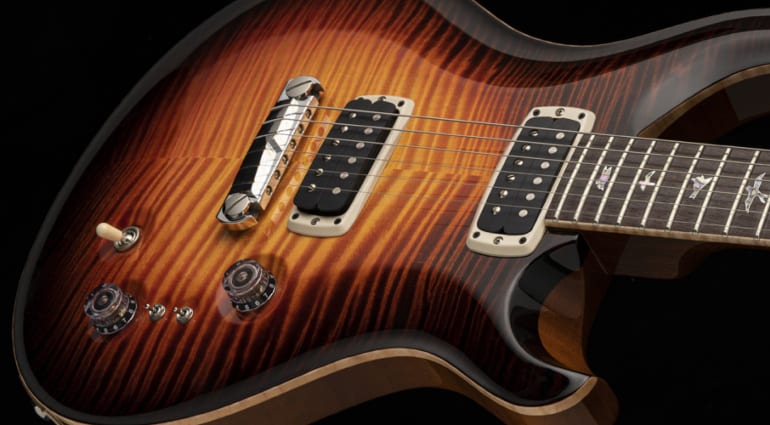 So what’s the PRS “Paul’s 85” all about, then? It’s a special run of Private Stock guitars with specifications personally chosen by Mr Paul Reed Smith. And it’s got a spectacular special wide-curl maple top that’s almost as eye-popping as the price tag on this exclusive guitar.

Each Paul’s 85 guitar comes with a handpicked East coast red maple wide-curl Private Stock top and finished in a deep Electric Tiger Glow finish. The luthiers of the Private Stock team hand-stained the burst finish which isn’t sprayed on, as you would expect. The nitro finish is designed to crack over time and uses no plasticiser, unlike many other modern day nitro finishes. Here’s what the man himself had to say:

“We believe guitar making is an ongoing process of discovery, and this Paul’s 85 guitar utilizes all of the parts, processes, and workmanship I have spent my career (to date) seeking, testing, refining, and teaching our craftsman. My hope is that these benchmark instruments are something remarkable for our company and the industry. There is no better way to close out our 35thAnniversary than with these extraordinary, hopefully magic, guitars.”

Although the wide-curl maple top is the star of the show here, other woods look very enticing, too. The back of the guitar is made from African Mahogany, the neck from Dark Peruvian Mahogany. The fretboard is Honduran Rosewood, with a nice figured maple binding and loaded with 22 frets.

It has 1985 spelled out in solid abalone with Mother Of Pearl outlines on the truss rod cover. No coincidence, then, that this was the year PRS began its long journey to become one of the industry’s leading guitar makers. A set of matching bird inlays using the same materials. 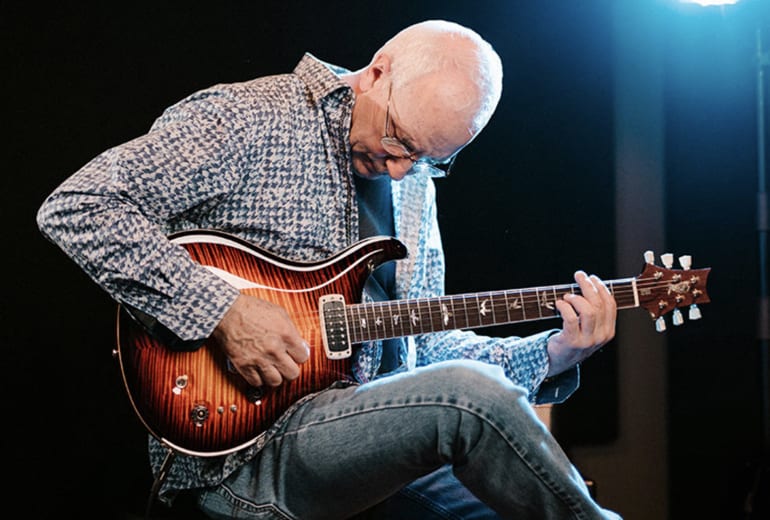 The hardware on this model is nickel and includes a PRS stoptail with brass inserts and a set of brass studs, a set of vintage tuners. The pickups are a pair of PRS TCI Treble and TCI Bass pickups wired via a Volume and Tone control, a three-way switch and two mini-toggle coil-tap switches.

With only 85 being made, and using very expensive woods, it’s obviously a very exclusive, limited edition guitar. If you have the necessary funds available (or a kidney to sell), you can order one from Thomann or your PRS dealer. 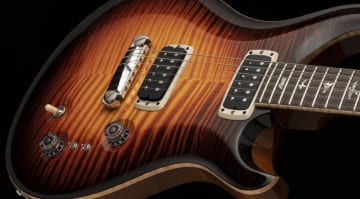