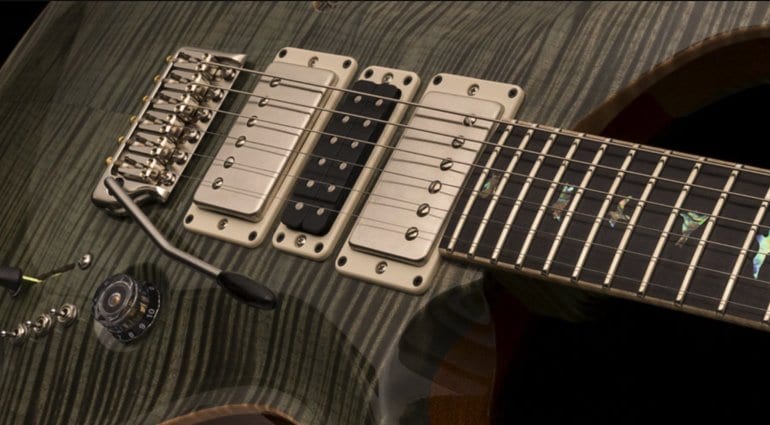 The John Mayer Super Eagle II is the second PRS Private Stock instrument made for Mr Mayer, and like the first instrument will be made in the USA and in limited numbers.

This updated version comes with a one-piece Private Stock curly maple back stained Hemp Green and has an African blackwood fingerboard, which is a 25.375” scale length and a matching headstock veneer, the PRS birds are paua. It also has a green ripple abalone 12th-fret violin bird and the Private Stock eagle logo.

Limited to a total of 120 guitars worldwide, each one is loaded with a set of custom-made 58/15 JM and Narrowfield JM pickups. They also have the JCF Audio preamp with a built-in treble boost. This is why the guitar is bristling with micro switches that do spoil the look a bit, I feel. They’re in the control section nestled in amongst the regular Volume and Tone knobs.

It’s a fairly over-the-top looking guitar, but if you like PRS guitars then you will probably enjoy the look. I think it looks a bit like Bet Lynch’s handbag, but then I am not a huge fan of over-figured tops and bling. Check out the official PRS demo videos below to hear it in action.