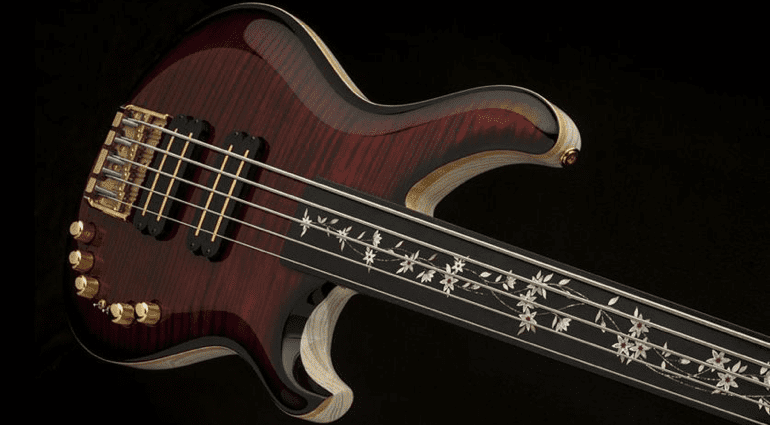 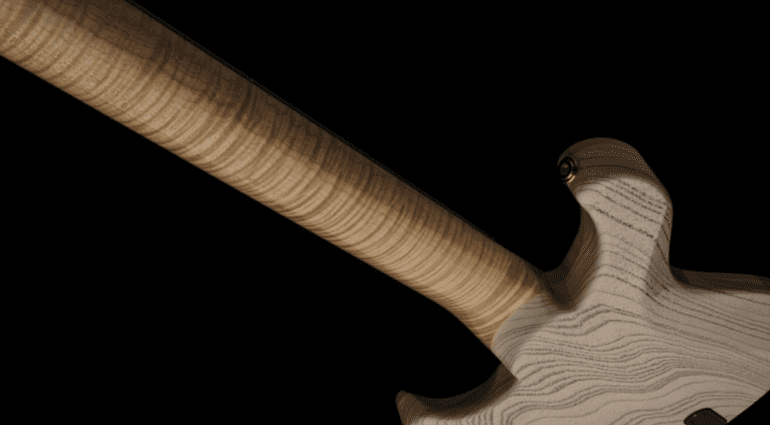 The PRS Private Stock Gary Grainger bass is a seriously over-the-top instrument that is seeing a very limited release: officially only six basses will be available worldwide!

Gary has played bass with John Scofield, Nancy Wilson, Dennis Chambers and Frank Gambali to name a few. He is a huge fan of PRS and it would appear he likes a pretty ‘over the top’ finish on his basses.

So this model is, it’s fair to say, pretty exclusive, and saw its launch a few days back. Officially it’s the PRS Private Stock model for July 2016. With such small runs it’ll be a very expensive instrument. PRS haven’t released an official price yet, you’ll have to visit your local PRS dealer to order one in for you. 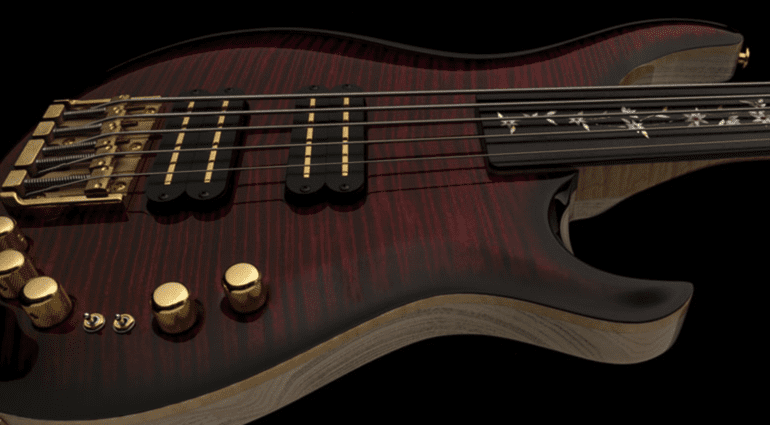 It features a curly maple top finished in Fire Red Smoked Burst with a ‘white wash’ swamp ash back. The fretless five string model has an ebony fretboard which is inlaid with an extremely intricate (or gaudy depending on your taste) ‘Tree Of Life’ inlay.

The inlay is made up from Green Heart Abalone, Sparkle Mother of Pearl, Dark Red Coral, Solid White and Gold Mother of Pearl. So a lot of shell fish died to make this ‘work of art’.

All the hardware is gold and the bridge is machined brass, made especially for this model. The pickups are Grainger Treble and Bass active Pickups, with PRS/Grainger Active Electronics. 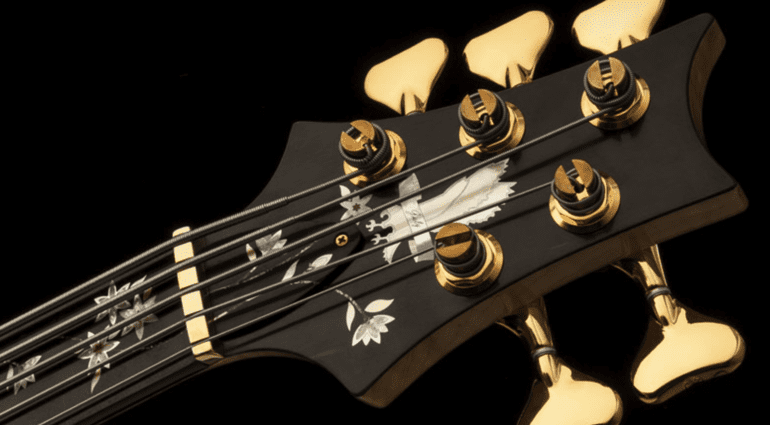 The whole bass is very much going to appeal to either collectors or fans of Mr Grainger. The chances are you’ll never see one in the flesh, as the run is so limited. To my eye the whole thing looks very dated and tasteless. But them I am pretty opinionated and have never been a fan of intricate inlays and lots of lavish bling.

Price: Available on application from a PRS dealer.

Full specification are here on the PRS Site