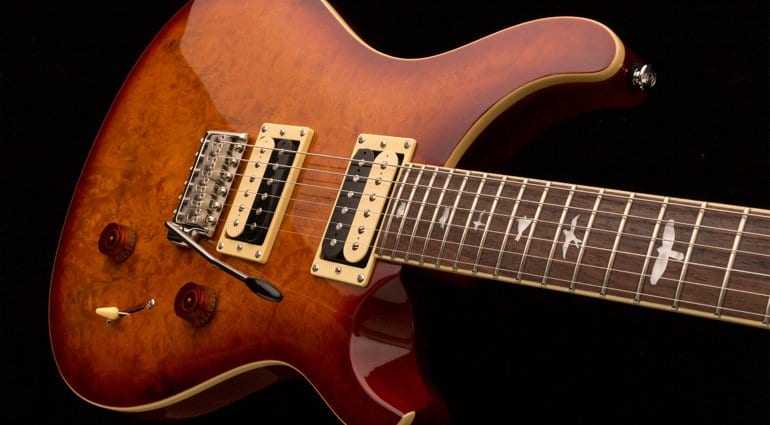 The new PRS SE Custom 24 Laurel Burl comes with a maple top and a mahogany back, as you would expect. However, this limited run also has a Laurel Burl veneer, which gives it its distinct look.

You get a Wide Thin 25” scale length maple neck with the obligatory 24 frets. This guitar is fitted with a PRS-patented tremolo system. The model is loaded with PRS 85/15 “S” pickups wired via a  three-way blade switch. There’s a push/pull tone control for coil tapping, so you get those extra tones when you need them. Expect a smooth-playing guitar with plenty of room to accommodate any playing style.

Bang For Your Buck

I’m a huge fan of the PRS SE range, as it includes some great instruments at affordable prices, with excellent value for money. Yet even at the more more ‘budget’ end of the PRS range you still get a great setup, which is where many other brands full down. I have never had any major issues with any of my SE models straight out of the box. Sure, I usually put my preferred gauge of strings on them, add a set of locking tuners (I’m lazy, I gig and it works for me) and often add a new nut, as I like Graph Tech or bone nuts on my guitars.

When I compare them to my US-built PRS guitars there is little in it. Okay, the tops aren’t carved and you only get a thin veneer, but when push comes to shove and you are playing loud at a gig, it really makes no difference.

This model is a limited edition, with around 1500 of these guitars produced in total worldwide, according to the PRS website. 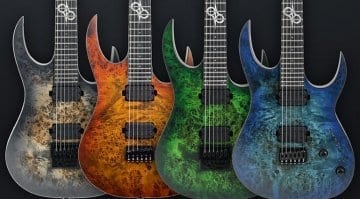