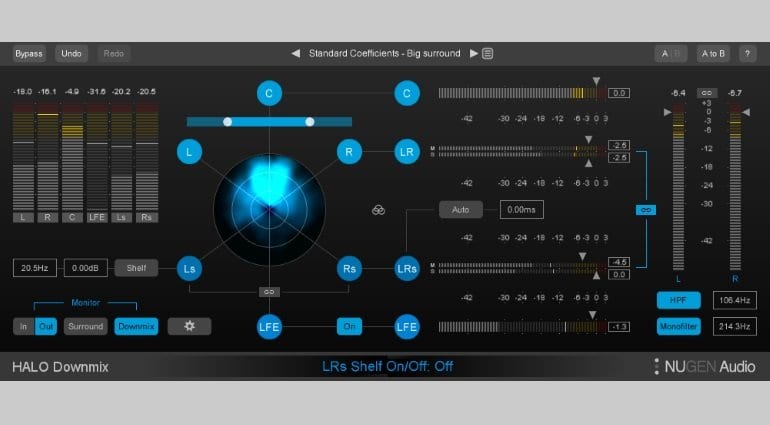 Downmixing isn’t the art of mixing Phil Anselmo’s Southern doom metal band Down, but rather the practice of turning multi-channel (surround) audio sources into two-channel stereo mixes. This trade requires specialised tools like Halo Downmix, the latest addition to Nugen Audio‘s catalogue of production utilities. This also includes loudness control, audio analysis, mixing, and mastering plug-ins. Its products, such as the VisLM loudness metering plug-in, are well-regarded by professionals involved in audio production and sound design for film, broadcast, commercials, and gaming.

The opposite to Nugen’s Halo Upmix, whose job is splitting stereo mixes into surround streams, Halo Downmix aims to improve existing downmixing solutions, which Nugen considers “less than ideal.” Thus, the tool is designed to overcome problems like excess ambient sound when collapsing rear channels to stereo, and audible timing errors when summing material to the phantom centre. This is accomplished via hands-on control over the relative levels, timing, and direct/ambient sound balance within the downmixing process. This delivers a “far superior” result to the typical coefficients-based process, according to Nugen. 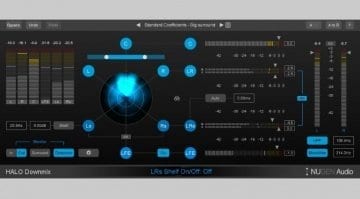 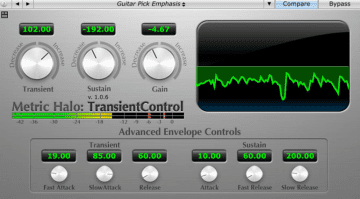 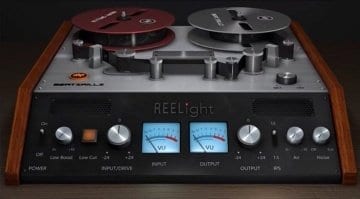 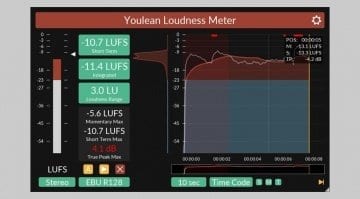