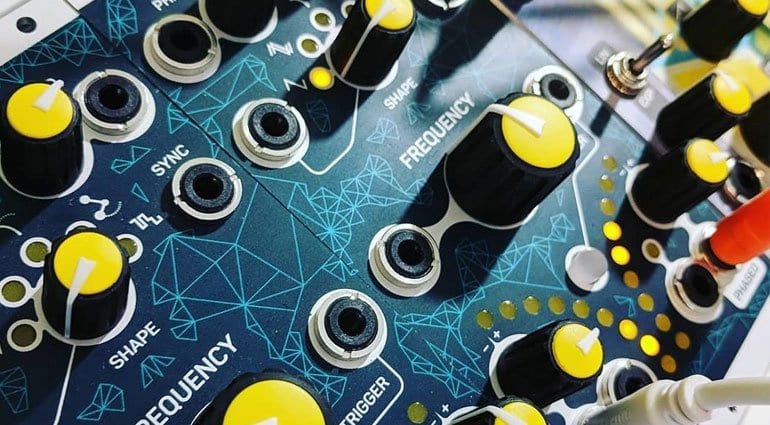 If you are finding your LFOs to be a bit on the basic or intermediary side then how about an “Advanced LFO” from Dutch modular makers This is Not Rocket Science (TINRS). Wobbler, they say, will add some badly needed controlled chaos to your sound.

This is an LFO with 5 wave shapes. There’s a regular LFO shape, a self-phased LFO, something called Twang, a Double Pendulum and a Sample-and-Hold. There are controls over frequency and modulation depth and a Phase knob which controls the phase difference between the two outputs. A Trigger button lets you manually retrigger the LFO algorithm. Both outputs also have trigger outputs which fire at the start of each new phase.

In the middle you get these two throngs of LEDs giving a helpful visual reference to the CV being generated.

Wobbler aims to offer complete control over the randomness and chaos generated by classic LFOs and modulators. Their angle with the physically modelled shapes is to generate naturally occurring chaos that you can control. It looks a lot different to how it appeared at shows last year, so let’s hope all the change is for good.

TINRS are having a big launch party on the 23rd March when hopefully a few more details and some decent demonstrations will appear. 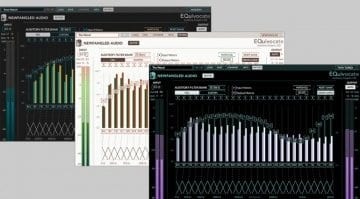