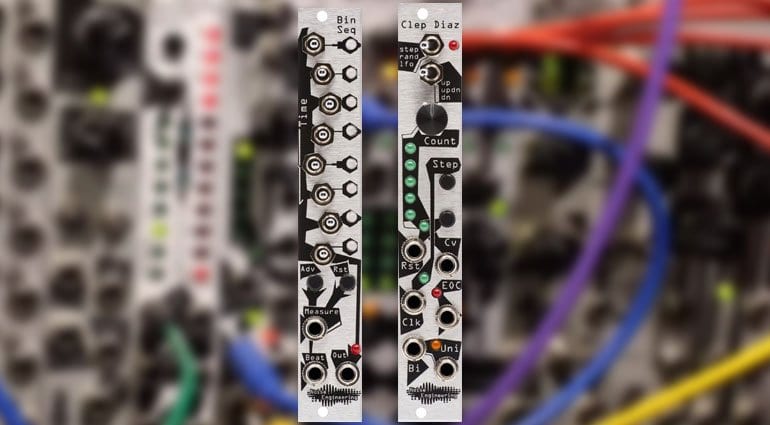 Noise Engineering has declared that two of the modules unveiled at the NAMM show are now available to order. Bin Seq is a minimalist gate sequencer while Clep Diaz is a 3 mode CV generator. Let’s take a closer look.

Taken from the latin Binarious Sequentia meaning “a sequencer of switches”, it’s an eight-step switchable gate sequencer. Each step has a three position switch for off, short gate and tied gate. The Bin Seq is clocked via the “Beat” input which advances a step for every rising edge. The “Measure” input adds an additional clock for restarting the sequence. Two buttons offer some on-the-fly control with “Advance” moving the sequence to the next step and “Reset” bringing it back to the beginning again. Both work whether the module is clocked or not.

It’s designed to give a quick and simple way to generate rhythmic sequences while jamming. I can see that working brilliantly with the Basimilus Iteritas Alter and similarly triggerable modules.

This one sounds a bit like a disease but comes from the Greek Clepsydra Diazoma meaning “Divided time keeper”. Clep Diaz can generate LFOs and stepped CV. In Step and Random mode it generates a sequence of steps the number of which is controlled by the “Count” knob. The steps can run up, down or up and then down. The maximum number of steps is 32 or 63 if running up and down. When Random is selected the values of the steps in the sequence are randomised to create variation.

You can control the number of steps via a CV input, clock it via the “Clk” input and reset it via the “Rst”. The “BOC” output sends a single trigger pulse at the beginning of each cycle.

Although it gives the impression of being able to generate notes in the sequence it’s not actually designed for that and so the output is not quantised. This is all about rhythmic modulation.

The third mode is LFO where it will produce a smooth LFO in time with the clock input. 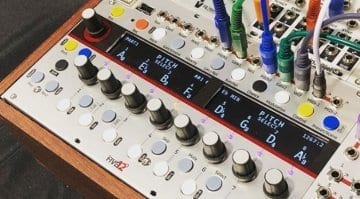 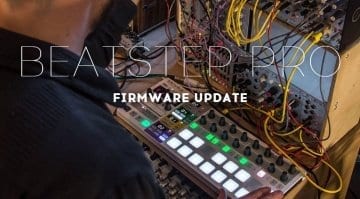