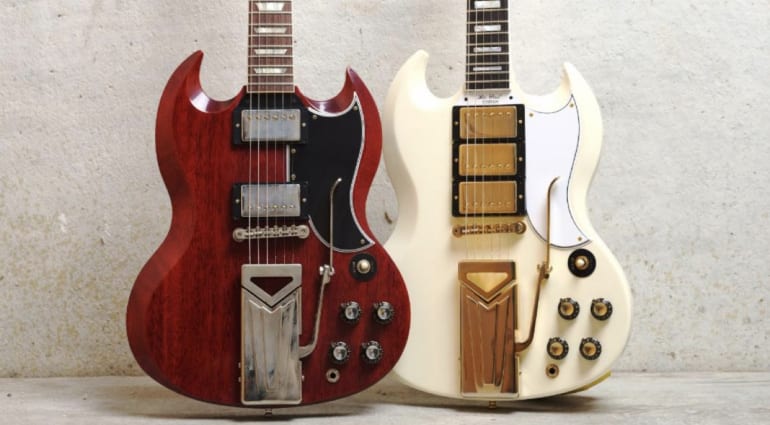 Today Gibson has officially announced its new 2021 models, including instruments like the new 60th Anniversary 1961 SG Standard with Sideways Vibrola and a Non Reverse Thunderbird Bass. These add to guitars like the Slash ‘Victoria’ Goldtop from December last year and the leaked Marcus King 1962 ES 345. Let’s take a look through what’s new, shall we?

Most of the Gibson models from this year’s NAMM presentation were announced previously or leaked before Gibson’s announcement today, so there isn’t a swathe of new models to go though here. Last year’s Gibson Original Collection and Modern Collection are still a thing, so it looks like there’s been no major changes in terms of how the line-up is structured. One new addition is an intriguing Non Reverse Thunderbird Bass model with a 34″ scale length neck in Pelham Blue, Inverness Green Sparkling and Burgundy, added to the Original Collection. Detailed specs aren’t available at the time of writing, hopefully Gibson will have those available soon.

The Modern Collection has new Made In Nashville models, including the ES 339, ES 339 Figured and an ES 335 Satin. All three semi-hollow models are maple/poplar/maple ply front and backs with maple centre blocks,  along with mahogany necks that have a rounded C profile with rosewood fretboards with 22 medium jumbo frets and GraphTech nuts.

The ES-339 models are smaller bodied guitars with ’57 Classic and Classic+ humbuckers and come in Cherry and Trans Ebony finishes. The ES 339 Figured use the same pickups, but comes in Sixties Cherry and Blueberry Burst finishes. And last up is the ES 335 Satin which comes with a set of ’70s-style Calibrated T Type humbuckers in both positions and is made available in Satin Cherry, Satin Vintage Burst and Satin Natural finishes.

The Custom Shop has a new 60th Anniversary 1961 SG Standard with Sideways Vibrola, a model that comes in  Cherry Red VOS. Another addition is the 60th Anniversary 1961 SG Custom Classic White VOS, which looks nice. To be fair, they are both classic colours for a ’61 models. The red one looks very similar to the current 1961 SG with that sideways vibrola system. Detailed specs haven’t been made available yet, so we can’t tell you at the moment how this Cherry Red version differs from the one currently available in the Original collection. 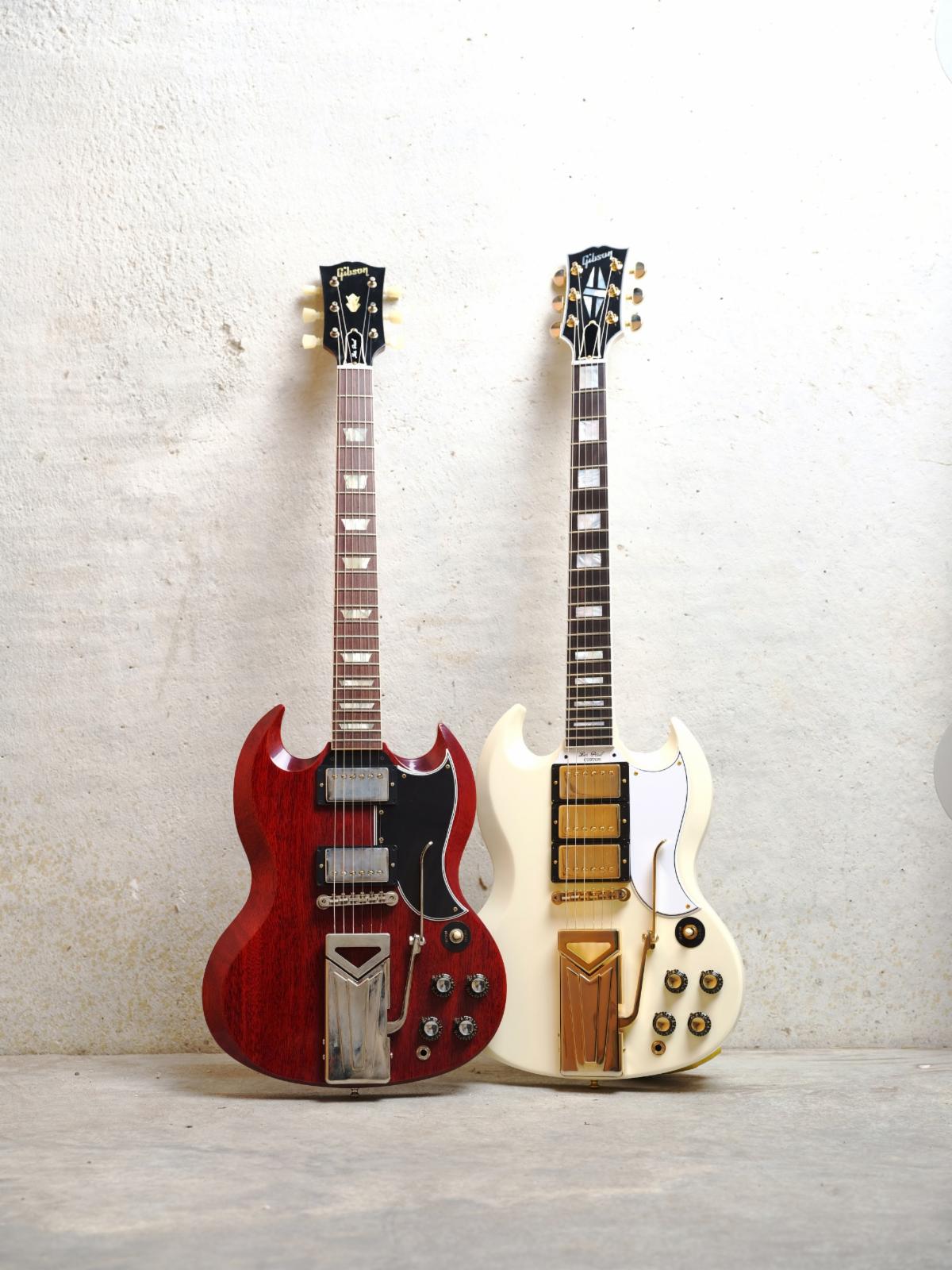 The Gibson Custom Shop Murphy Lab is getting some more push in 2021 and you can get Tom Murphy to to anything from Ultra Light to Ultra Heavy ageing on your chosen model. Gibson will be offering a Murphy Lab Collection and a Murphy Lab Menu of ageing options for more ‘Made to Measure’, so you can specify your exact requirements. Gibson’s Cesar Gueikian said:

“The Gibson Custom Shop is the pinnacle of craftsmanship, quality and sound excellence. Each instrument celebrates Gibson’s legacy. “The Murphy Lab, one of our Gibson Labs, is where we re-imagine and implement new ways of delivering the Gibson Custom Shop historic experience. Master Artisan Tom Murphy brings his expertise, authentic style and his passion for building historically accurate guitars to the Murphy Lab Collection.”

Many players enjoy an aged guitar, so this could be a winner for Gibson in 2021, especially with Tom Murphy’s name attached to it.

The I think Gibson has a few interesting models for NAMM this year, all things considered. But I found the signature models a bit dull. There wasn’t anything really super amazing or cool amongst all the artists in that list – excluding Kirk Douglas’ re-released SG.