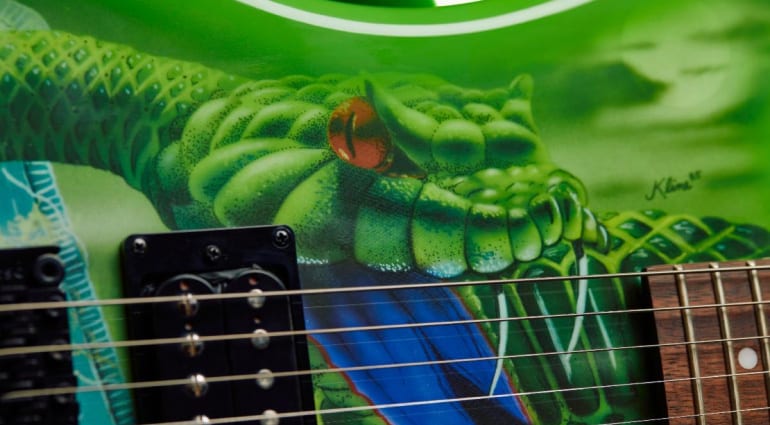 Has someone at Kramer been binge-watching Cobra Kai on Netflix? Over there, the 1980s is still a thing, and guitar design doesn’t need to take heed of any of the 30+ odd years that have passed in the meantime. That’s the only reason we can think of to explain why Kramer has gone full-on ’80s-tastic metal and rock in its assortment of guitars for NAMM 2021.

So here we go for Kramer’s new line-up. Beware: many of these models look, well, dated. And not in a cool retro way. Cesar Guikian of Gibson said of the new collection, “We levelled-up with our Kramer re-birth and new focus, giving hard rock and heavy metal shredders what they wanted.” Time will tell if they did.

Let’s take a look at the signature models. The Snake Sabo Baretta was leaked today, so we knew this one was coming. But now we can see it in all its, ahem, glory. It is very, very, very 1980s. I’m not sure that I will be able to rock a snake when I’m a grandparent. But Skid Row’s Snake Sabo thinks he can, and he’s giving it his all with this green rock machine in the promo picture below. Snake Sabo says of his new involvement with the new series, “I’m so proud that the Kramer brand has been resurrected by Gibson and humbled by the fact that they’ve allowed me to be a part of it.” This model has a set of Kramer 85-T humbucking pickups and a Floyd Rose 1000 trem system. Oh, and a massive green snake on the front. Ouch. 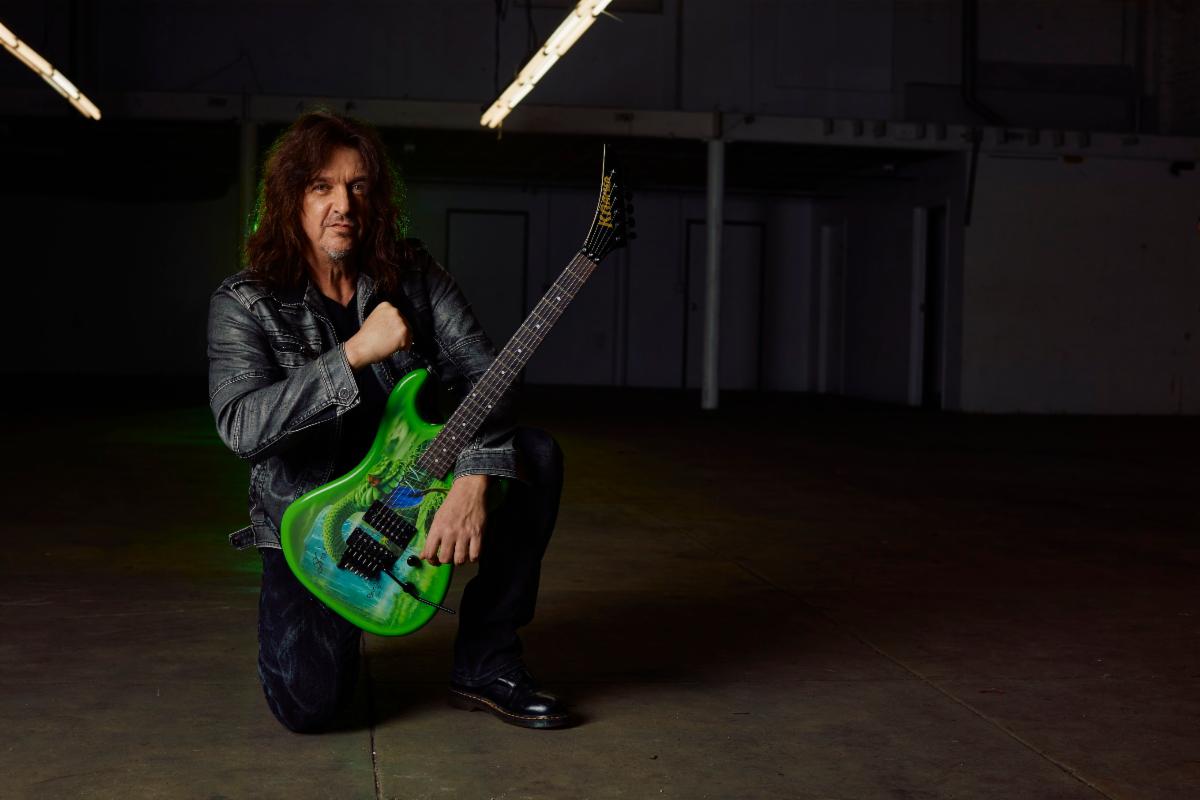 Again, this Tracii Guns Gunstar Voyager model was leaked earlier today. To be honest, it looks every bit as daft as the Snake Sabo model above. This one is fitted with two Epiphone ProBucker pickups and also has a Floyd Rose 1000 trem system. 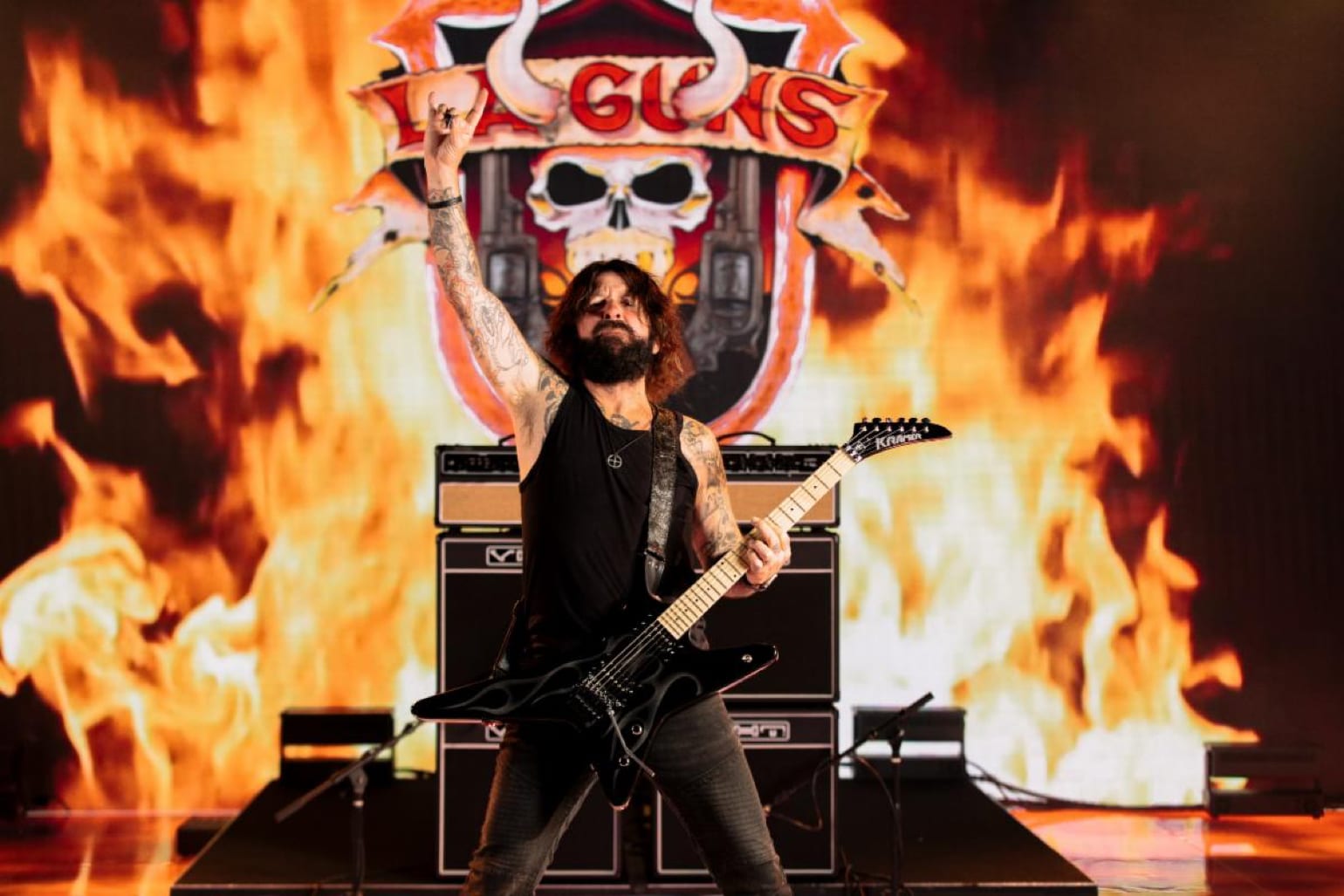 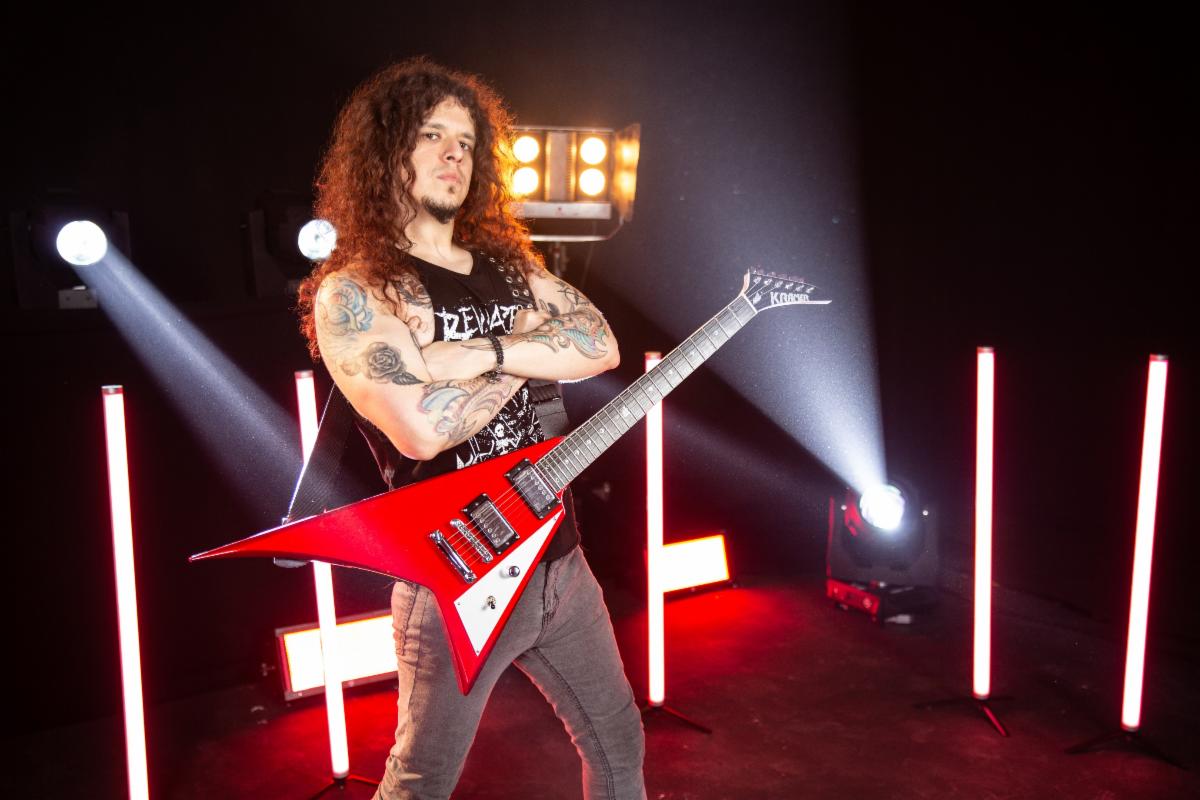 What is Gibson doing?

When I was a kid in the 1980s, Kramer was the very best. But I simply do not understand what Gibson is doing here with the Kramer brand. This feels like a ragbag of odd, mismatched models, with some questionable hardware choices.

Tell us what you think of this Kramer re-launch. Does it hit the mark, or leave you out in the cold? 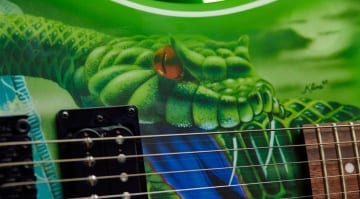 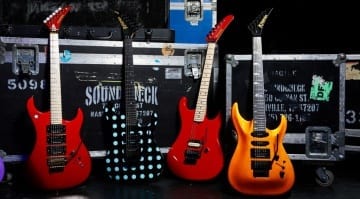 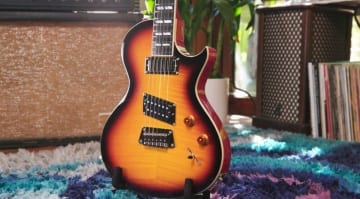 I agree with the 2021 line being underwhelming.

These are relatively simple guitars, they could have charged a little more and upped the specs a bit more. If they threw on stainless steel frets would have really made waves.

I just thought it was disappointing and would have loved to see better specifications/hardware and pickup choices. Especially, as Kramer has such a special place in history. Just appears to be a cheap way to exploit the brand name.

Looks like the Epiphone factory has extra capacity. Not sure of the appeal of these new Kramer models. Tough sell against ESP/LTD. Whereas I can totally see what Epiphone is doing with the new Prophecy series, especially with the Fluence pickups.

Whats old becomes new again I guess. 80’s bands have been experiencing a boost in popularity and some of these may have crossover appeal to non guitar players as well. All that aside, I don’t believe these are being marketed towards modern players. These have been designed to cash in on nostalgia.

I think the guitars are great. If you don’t like them, get something more “modern”.

I personally love these and the new Kramer. However I have been playing since the 80s. I own a couple Kramer USA with kline graphics. So for me these hit a nostalgic spot. Also the spec for the price are great. Over last year I bought a kramer Assault Plus and the assault 220 plus special. I have Ibanez RG customs and earnie ball monarch majesty. A variety of Jackson and esp. These Kramers and the couple schecter banshee have been my go to guitars since I got them. I have already pre ordered the dave the snake Sabo. For the price it has great specs. Not sure about the pickup. We will see, worst case I swap it out with an EMG or a JB. The others are not my bag. But they are fine. I just never liked V for practical reasons. Same.with other shape.

What gave Kramer the edge in the 80’s was the fact that if you wanted a genuine factory Floyd Rose then a Kramer was your only choice . I was excited to see the return of the Nightswan until I realized it didn’t have the Full Shred and an original Floyd. Those are both in production to this day, so make it right and save folks from having to buy those upgrades. Install those at the factory and increase the retail price. Consumers would still save money because they wouldn’t have to purchase the hardware and pay to have it installed. The industry has become a joke because no one gets what most players really want in the shred guitar category and that is genuine Floyd Rose tremolos, premium pickups and electronics, and premium hardware at an honest price. Very few if any middle of the road guitars feature an original Floyd Rose or Schaller Lockmeister. I believe people would gladly pay the extra upfront. So obviously the marketing team at Kramer have no real respect for the history of the brand or perhaps just don’t know. The tremolo route is the same so give us the good stuff and charge us accordingly!

my assault plus has a genuine floyd rose and came with emg85/81s.I love it.play lots of maiden,dio,king diamond,etc.my yamaha 24 fret has a ‘licensed by’ floyd rose.and I cannot find that yamaha ANYWHERE in their past and present lineup.and yes,its a factory model.You can find unique guitars at pawn shops.

No way in hell I could care less about anything Gibson does…… buy up companies just to put them out of business, or make cheap copies so they don’t have to compete with them…..

Kramer were once upon a time the best you could get for high performance, hardware and style. These new Gibson versions, all look like poor copies to me and with cheap hardware, which is a real shame.

I had a Pacer Carrera with Dimarzio Megadrive 2s(I installed)into a JCM 800 half stack in the mid 80s.Absolutely DEADLY guitar.Of course,for those of you who dont know,it only came in black with ebony no dots fingerboard and floyd rose.Dont see it in the reissues.Bring it back.I do like my Assault Plus with my JCM Code 50(dont underestimate this amp!!!)

So, wait. Gibson comes out of Bankruptcy and starts suing others for copying shapes. Then in 2021, they release a Jackson Rhoads copy? I can’t get a good look at the Guns guitar, but it looks like it’s channeling a Jackson Warrior.

I really liked Kramer’s in the 89s..I couldn’t afford the good ones back then,now that I can I ordered some which are back ordered..after 6 months I cancelled and moved on,kept getting the run-around

You just come across as a Hater. Not a good look.

I think to take this classic ’80s brand and then water it down, is what is annoying a lot of Kramer fans about this release from Gibson. We should be seeing high end, high performance guitars and not these mass produced abroad, with cheap hardware on watered down models. Sorry, but the Kramer brand deserves better.

The author of this article didn’t really do his research. As someone active in the guitar community original ’80s guitars are huge right now and fetching a lot of money.that said I’m not terribly impressed with these kramers but I understand your motives. to be honest a lot of those 80’s guitars are still the best playing guitars ever owned.

I am happy to see these coming back.

Here I will help those of you who
Are confused…Kramer guitars are and were made for 80’s style players. Most of the modern day hacks can’t play as fluently as the old boys… I bought one of the blue sparkle “Hot rod flames” and it is better than any shitty ESP made… ibanez is a joke. If you don’t like the Kramer then don’t buy it …. But don’t use the internet anonymously to trash a instrument you have no intention on buying… if you don’t know shit, don’t say shit…

You do realise that Kramers in the late ’80s were made by ESP? I love old Kramers, but the brand suffered some serious setbacks in its lifespan. ESP made the necks and bodies, they were then assembled in Neptune, New Jersey. Know your Kramers and then you can make wild accusations.