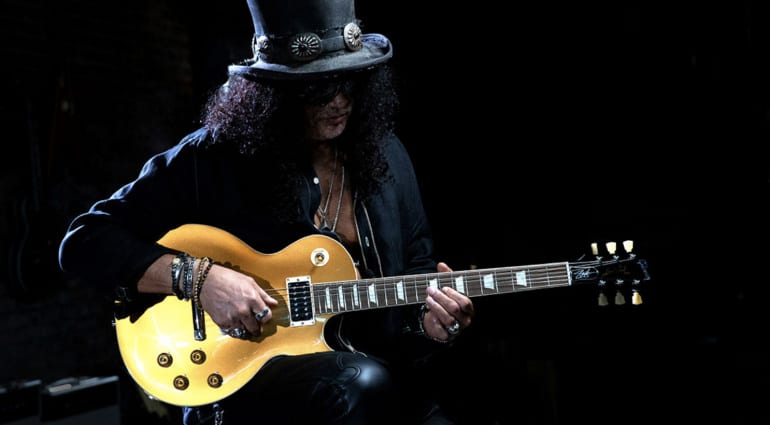 The Slash Goldtop leak I wrote about earlier this year has finally been revealed. Officially called the Slash “Victoria” Les Paul Standard Goldtop, this new model is the latest in a long list of signature models for the top-hatted Gibson brand ambassador. The guitar features a classic gold finish paired with a dark back and a few other appointments exclusive to the Slash signature series.

Gibson’s latest signature model for Mr Hudson is a classic ‘Slash’ model finished in gold. The Slash “Victoria” Les Paul Standard Goldtop comes loaded with a pair of Gibson Custom BurstBucker Alnico 2 humbucking pickups, and hand-wired electronics with Orange Drop capacitors. So it should sound just like any decent Les Paul, with all those famous rock tones available at your disposal. 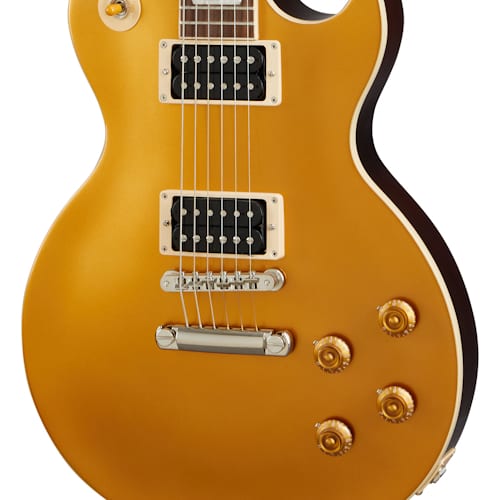 The solid mahogany body has a dark finish on the back and the maple cap has that gold finish applied. The mahogany neck has the guitarist’s preferred C-shape profile, and the rosewood fretboard has 22 medium jumbo frets and a Graph Tech nut, with vintage-style tuners. Naturally, there is a Slash ‘Skully‘ logo on the rear of the headstock and his signature on the truss rod cover, to let you know it is one of his signature guitars. 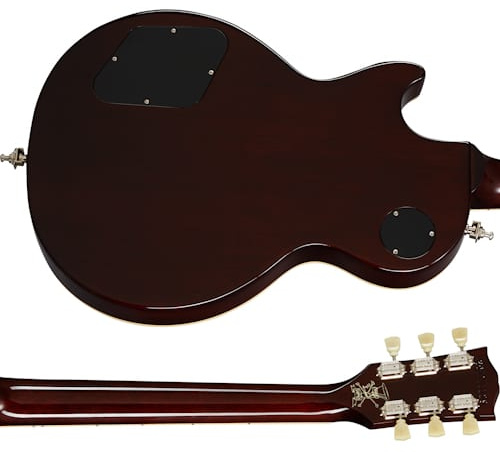 The guitar ships with a vintage-style hardshell case and inside, besides the actual guitar, you also receive a Slash Ernie Ball Tortex pick set, an extra blank truss rod cover, a USA leather strap, and a multi-tool. Basically, everything you would need to get going on your way to rock stardom.

The inclusion of Schaller strap locks as standard is also a nice touch. The guitar comes with Slash branded Ernie Ball strings. I think all these little details make it a decent buy for fans. Overall, the specifications are exactly what you would expect and the price tag matches the signature specifications. It isn’t Custom Shop expensive, but there is a premium for the artist association. Yet I think it is all pretty reasonable for a nice USA built guitar. 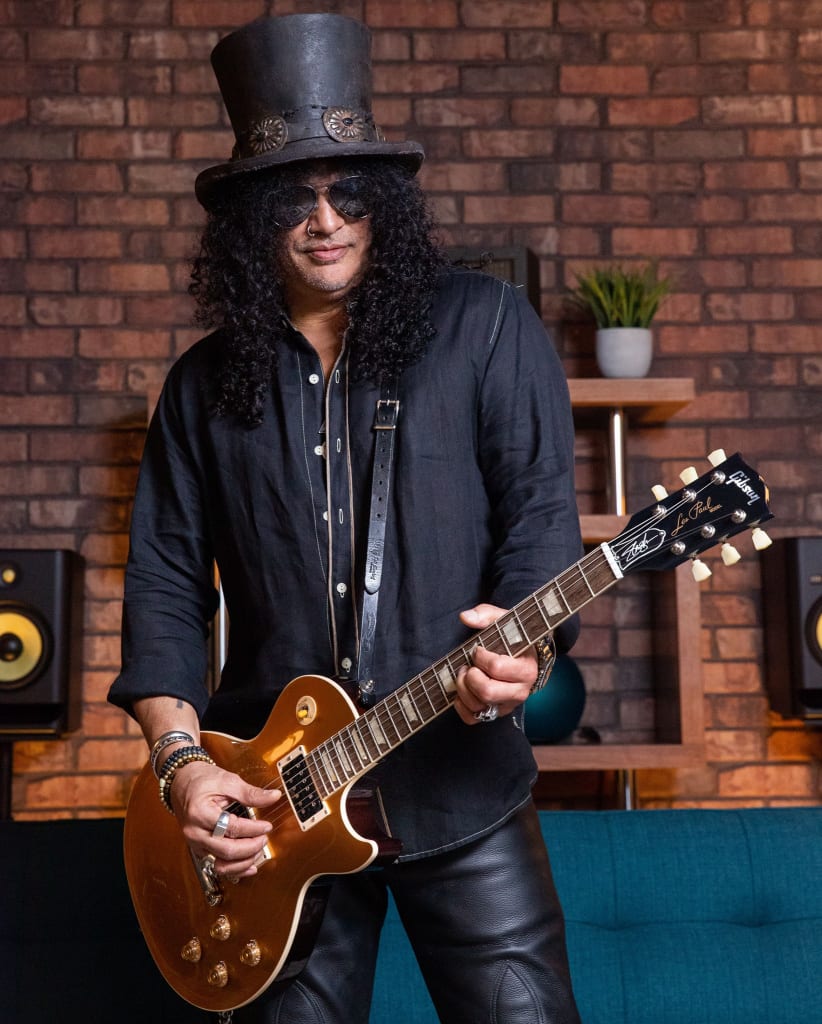 We all knew this guitar was coming, especially as Trogly made a video about them earlier this year. But it is still nice to see them officially released at last. I like goldtops, and own a Gibson dark back Les Paul Goldtop myself. And if Slash likes it, it must be good!