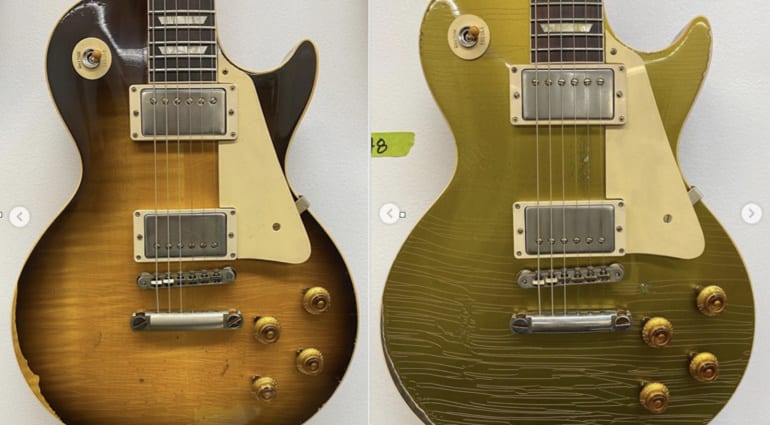 Cesar Gueikian has just revealed three Gibson Les Paul prototypes that use the company’s new Murphy Lab ageing process. The three guitars include a Gold Top and two ‘Bursts. Read on to find out more.

The three Gibson Les Paul models that have had this new Murphy Lab ageing process applied to their finishes look fairly good. Currently, we only get to see the tops of each guitar, and I noticed that on these prototypes all the hardware is a little too shiny and new, with minimal ageing that don’t quite match. Hopefully this won’t be the case on the final production models, or it will look a little daft. 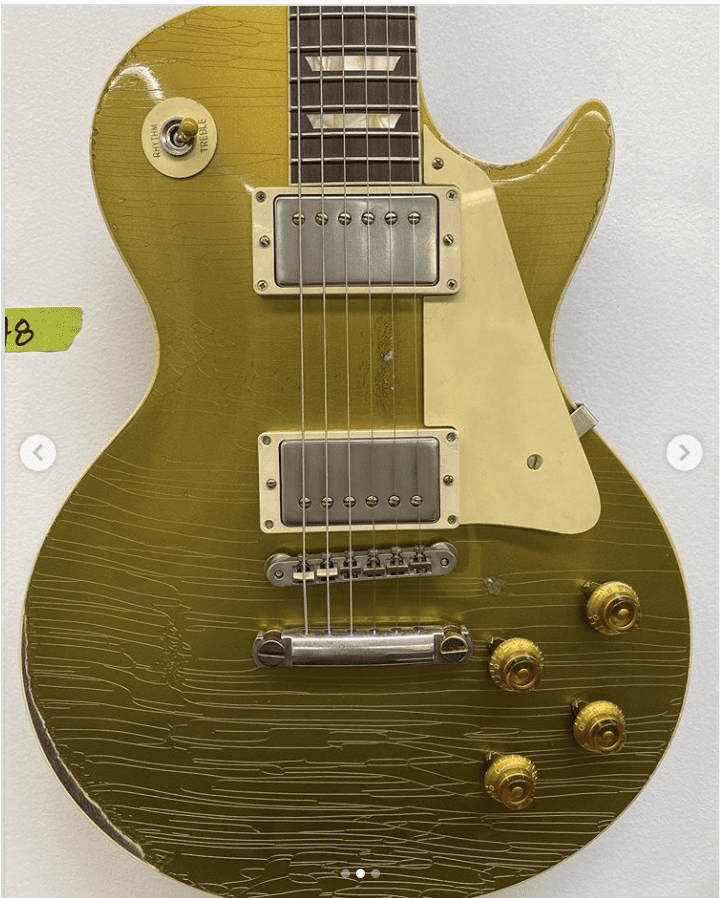 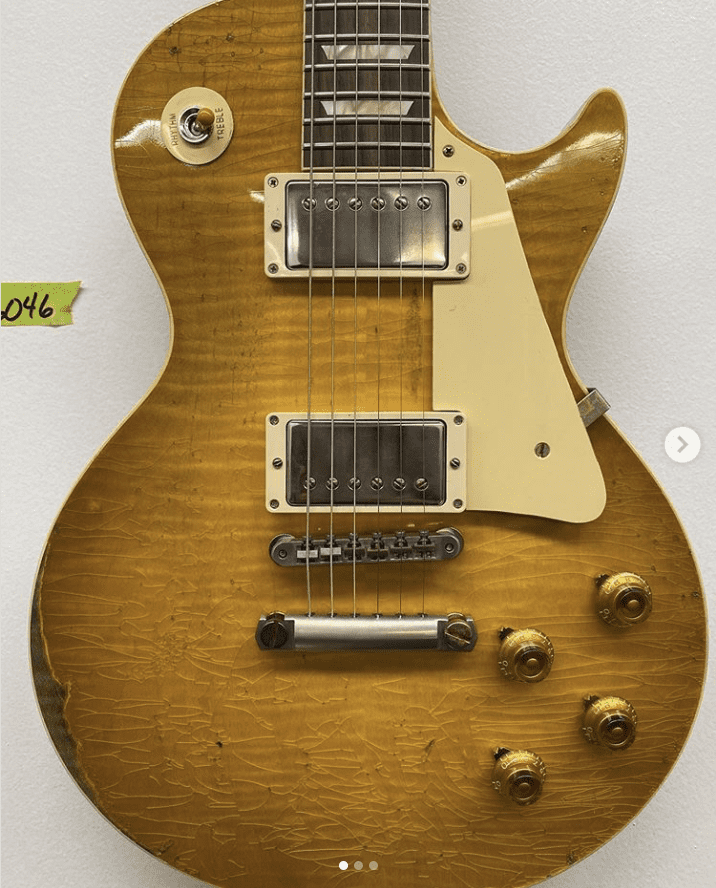 The Murphy Lab was announced at the end of last year and is named after ‘Master Artisan’ Tom Murphy. This new division is a special diversion of the Gibson Custom Shop and it’s likely we’ll see a whole heap of aged Les Paul models from the company sometime in the near future.

Tell us what you think about this ageing process in the comments section below.

Is it realistic? And would you buy one?

It doesn’t look old, put it that way…