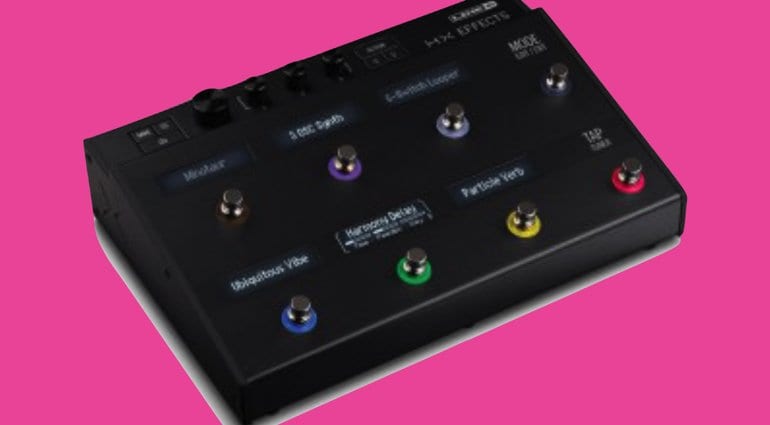 A brand new Line 6 ‘Helix’ style effects unit has leaked and it looks pretty sweet, we don’t have any official details of course, but we have found some cool pics to share…

The rumour mill has been going crazy for weeks about a new Line 6 product launching at the NAMM Show later this week. It looks like the rumours were on the money as we now have some leaked pictures of the new Line 6 HX.

Okay, details are very scant, but we have a listing taken from Guitar Centre that says that it combines over 100 Helix effects, with 9 simultaneously.

This is a great news, as the Line 6 Helix effects are brilliant in my opinion and I can see why people would want them. I have to say that more often than not I use my Helix LT as a glorified effects multiprocessor because the quality is so good.

Of course, nothing is official yet as this is a leak, however, you can see it has the capacitive footswitches of the Helix and the LED rings around the footswitches, plus the scribble strips – basically everything you need to make this possibly one of the most versatile effects units of 2018.

It looks like there is no foot controller built in, which is a pity, but we should know a lot more by the end of this week!

It’s now official, so I have added their official demo video that overviews all the new features. Here’s a photo of the unit at NAMM 2018: 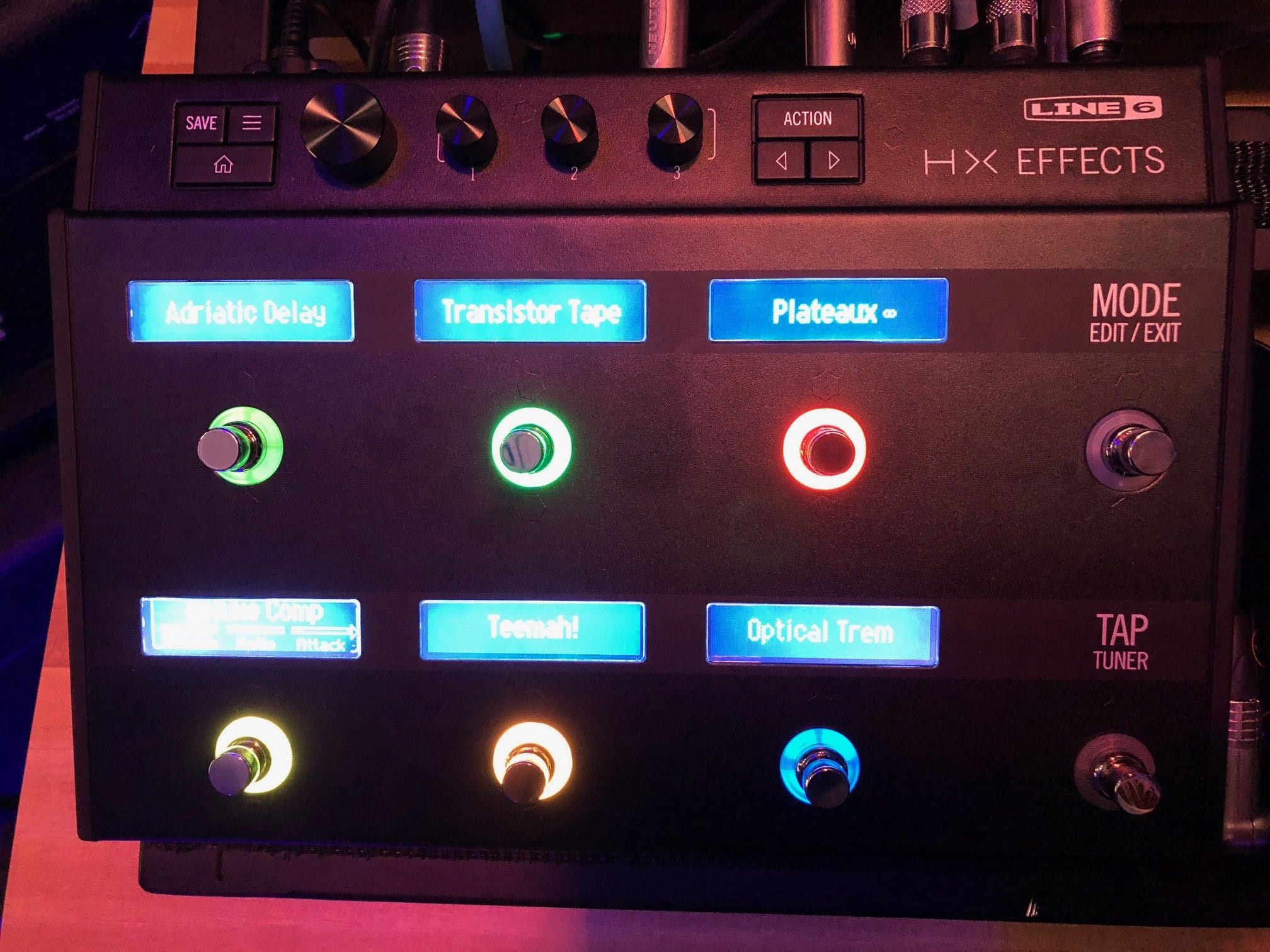 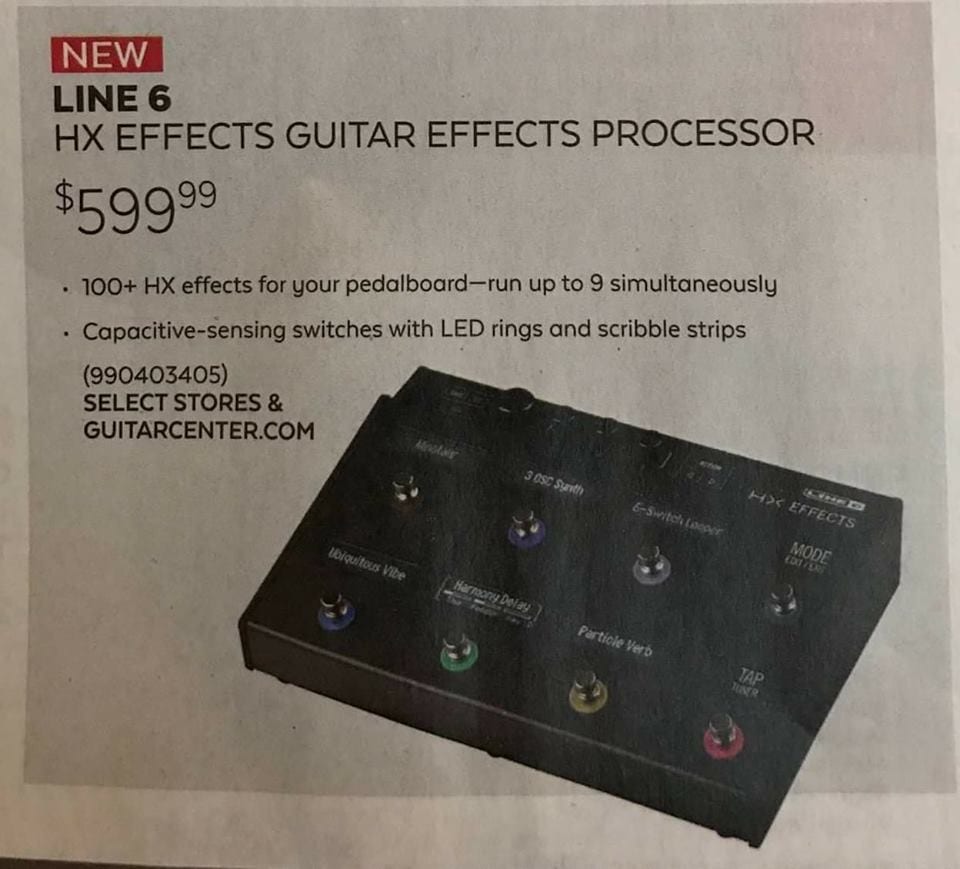