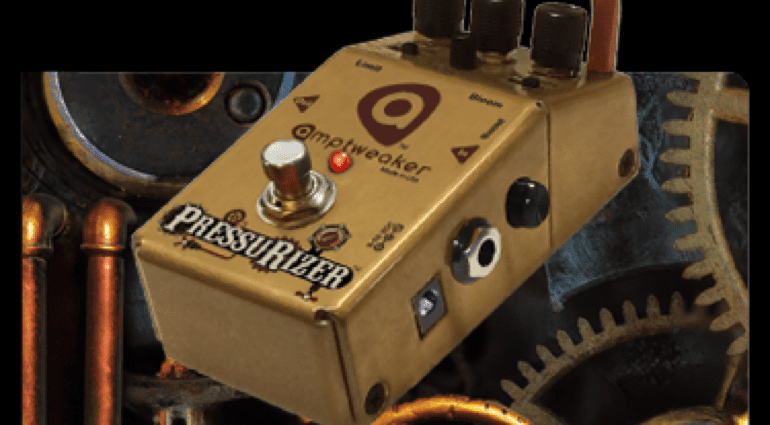 AmpTweaker claim their new PressuRizer compressor won’t lose any of your guitar’s attack while letting you benefit from the extra sustain that a compressor can provide: A neat trick if they can pull it off!

Compressors have many uses for guitarists, such as evening out your dynamic levels or giving your single notes a bit more sustain. But they can play havoc with a guitar’s attack, softening the initial volume of a note when not set correctly.

In the studio, it is easier to avoid this, but in many effects pedal compressors it can be an issue. If not setup right, thex can turn your guitar tone into a bit of a mushy mess.

The AmpTweaker PressuRizer gets around this, AmpTweaker say, by using several features. First, there’s a built-in output FET limiter/booster designed to get the signal clean and tight. Second, parallel compression is used to help maintain the guitar’s signal integrity. This means that you blend a compressed signal with a dry, non-compressed signal to help keep your attack. The dry portion still has that ‘snap’, while the compressed signal is mixed in to give you some added sustain.

The footswitch has two stages, with the first locking the compressor to ‘on’, and the second adding a second boost stage. Sounds handy.

Check out the official video demo below for a good overview of what the AmpTweaker PressuRizer can do. Try it at Amptweaker’s stand at NAMM at Booth 5299.

RRP $209 with free shipping in the US 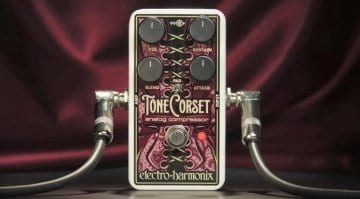