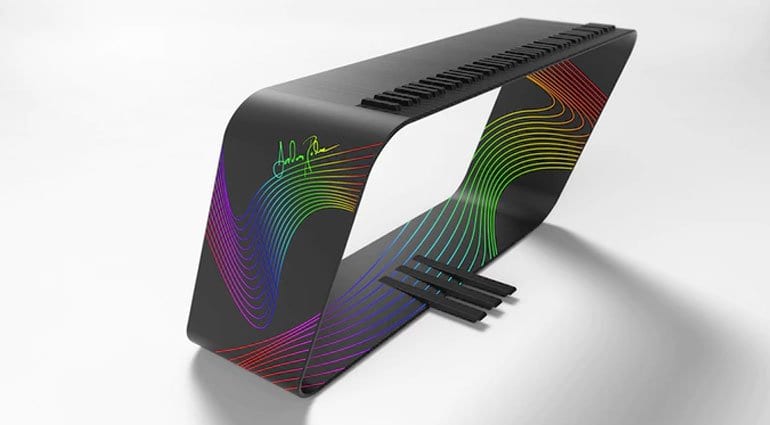 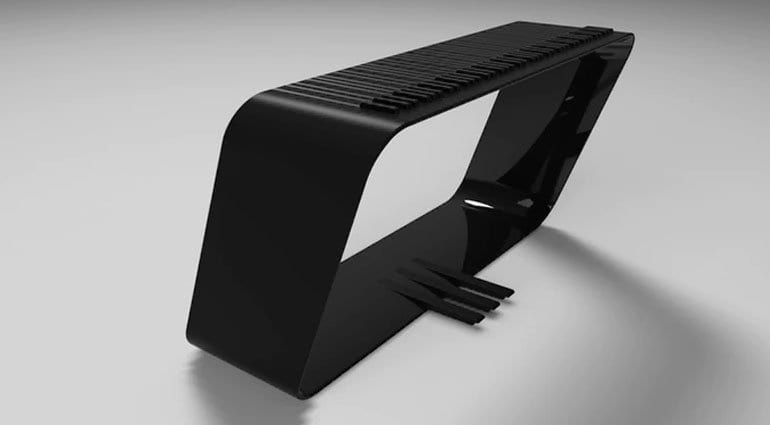 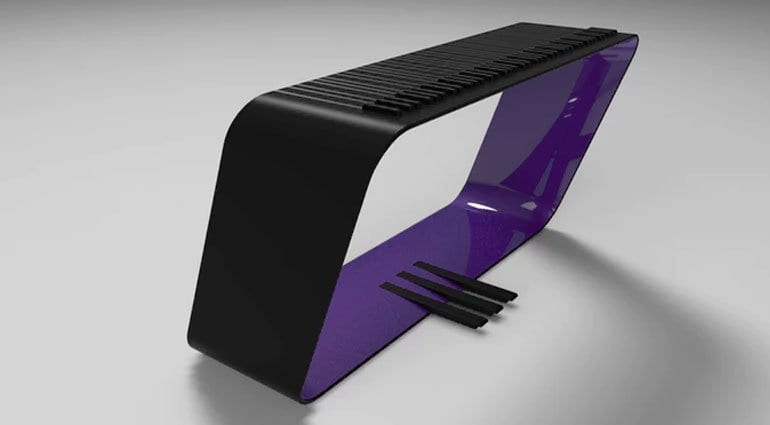 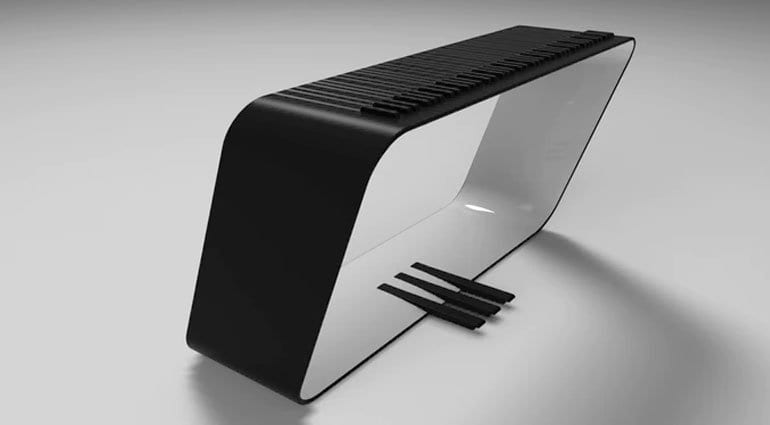 You might have seen it back at Musikmesse 2016 where it was displayed as a conceptual instrument by ALPHA Pianos. But the space age, mind bendingly designed mPIANO is now on Kickstarter hoping for €640,000 in investment and pre-orders to go into production.

It’s really just an over-designed MIDI controller, but I think there’s something to be said for going all out on creating the most amazing instrument you can. ALPHA Pianos seem to have done that. The concept is very similar to that of the now familiar ROLI Seaboard. You need to see the video to appreciate how extraordinary this machine is.

The mPIANO has 88 solid spruce keys, with embedded capacitive sensors, polyphonic aftertouch, pressure and release sensitivity. Those keys are weighted to reflect a grand piano feel but they are also monitored with optical sensors to detect the slightest movement. There’s an unexpected video of the mPIANO being played with xylophone beaters which aptly demonstrates the weighting technology.

The remarkable design with the keys extending off into the distance gives a large expressive surface. It can map your finger position to pitch, modulation, expression, or whatever you want to control. And then the on/off threshold can be set to the exact feel that you’re after so you can trigger the note on the tiniest of touches. All of which can be configured via the iOS app.

It’s a stunning device, both in terms of design and functionality. I’m not sure how well it would fit into most people’s studio space. Maybe they can do one that’s just the slab of keys, and half the size, for a tenth of the price? At €8000 that’s one hell of a musical instrument investment. I think I might have to buy a house to fit around it. I’m not sure they’ve quite got their maths right though. To reach their €640,000 goal they’ll have to sell 80 mPIANOs. Currently, there are only 55 available on the Kickstarter page. They have 25 Jordan Rudess signature editions, 10 with white on the inside, 10 with purple (wow) and 10 that are all black. They may want to raise the limit on the numbers.

They’ve sold 1 and have 33 days to go. I imagine it has to fall across the desk of a very specific type of musician to really hit the goal – and 80 of them. It’s a tall order but wow, what a machine.

More information on the Kickstarter page. 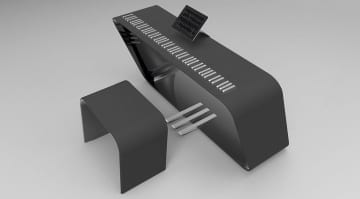 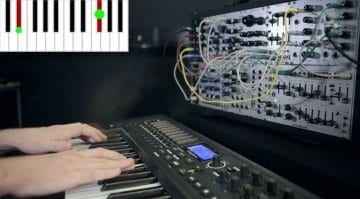