Montreal-based Morifone Guitars has just released a boutique guitar called the Quarzo. This guitar has characteristics of a ’59 Burst but paired with an unusual ‘Aileron’ headstock design and offset body shape. The headstock, Morifone says, helps improve the tonal performance of the guitar. Let’s check it out.

The new Morifone Guitars Quarzo comes in either solid body or semi-hollow versions. Both are based upon the fabled ’59 Burst specifications, just with a few modern twists to improve upon that classic recipe.

Okay, the Quarzo certainly has strong hints of ’59 Burst, but this is unlike any Les Paul you’ve seen before. The shape is based on the guitar we all know and love, but the offset body is an interesting twist. But there are a lot characteristics you would recognise, like the carved maple top,  mahogany body and neck. It comes with an ebony fretboard with a 24.75-inch scale length, though, rather than Brazilian Rosewood, so a slight departure on a true ’59.

You can order either a vintage neck profile with the original 1959 shape or a thinner, Slim Taper ’60s neck. 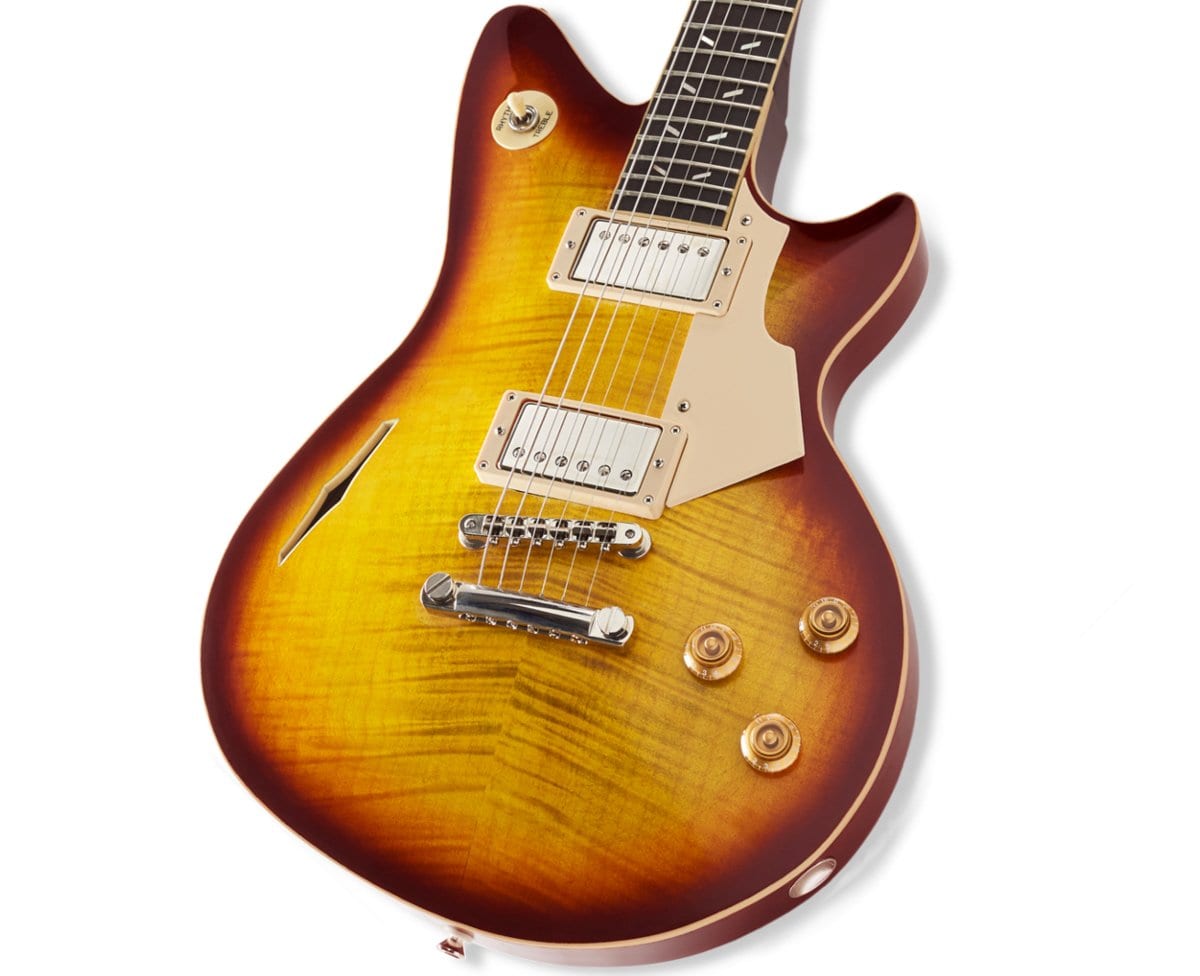 Each Quarzo has two humbucking or P90 pickups and you can choose your choice of Lollar pickups. The control layout includes two volume knobs, one tone knob with push-pull coil splitting the coils. The pickups are wired via a three-way pickup selector switch. Again, not quite ’59 specs, but close. 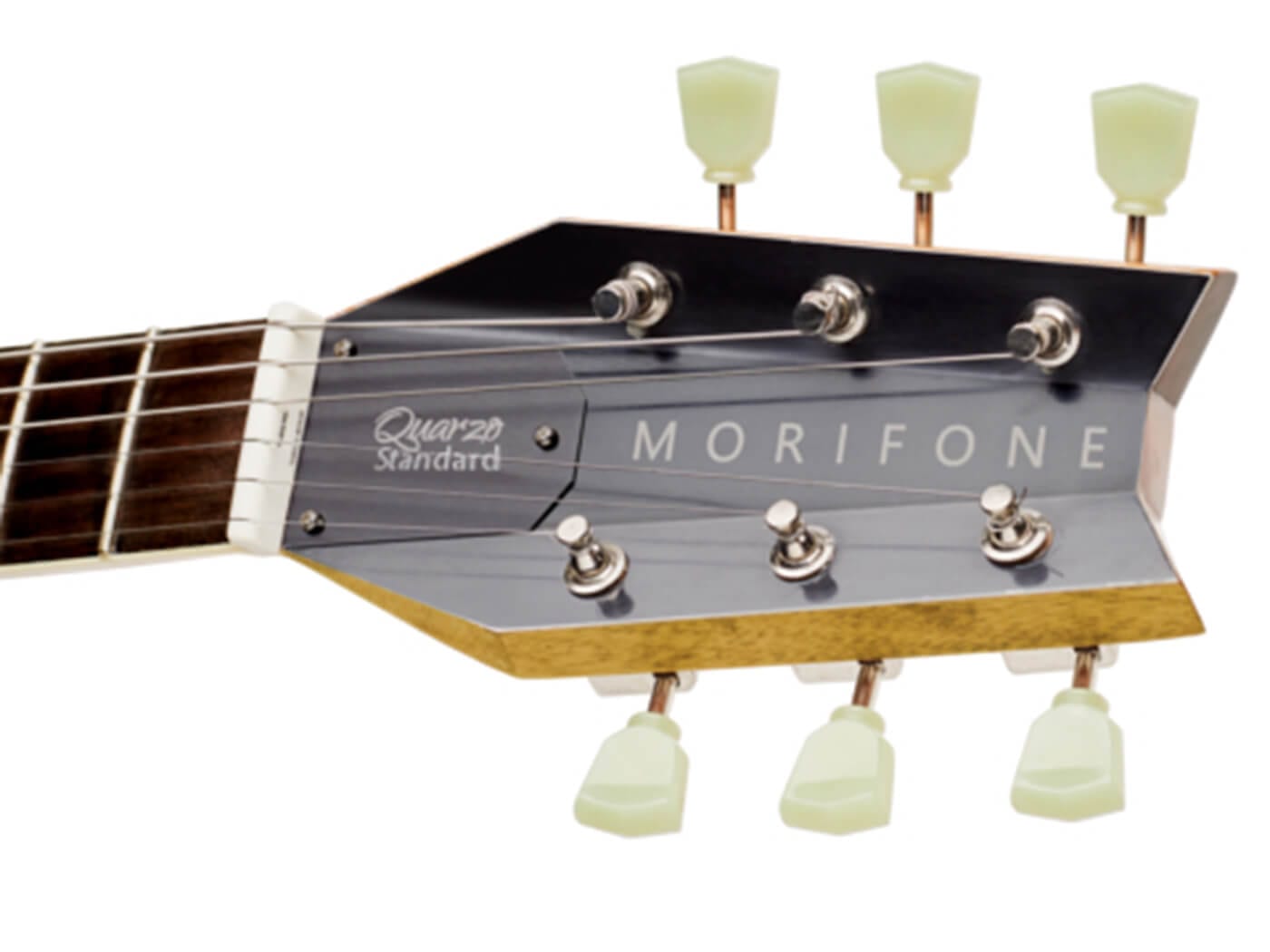 The biggest departure, though, is probably the patented Aileron headstock design. This angles the tuners upwards and is used to “enhance the sustain of the instrument for a better timbre and sound projection” of the instrument, Morifone says.

It will certainly divide opinions, but I would love to try one out myself and see what the overall sound is like. You need to watch the official video below to hear them in action and see that headstock in all its glory!