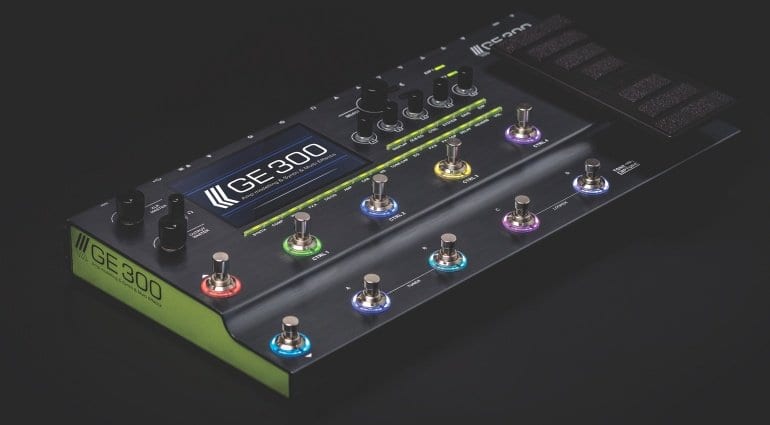 The Mooer GE300 was announced earlier this year during Winter NAMM and caused quite a stir, as it looks on paper to be a lower-priced equivalent to the Line 6 Helix pedalboard. So how will the new Mooer GE300 stack up against the market leader?

Looking at the specifications available, the GE300 has everything a good quality multi-F X unit needs. There’s no plastic casing here, instead it has a housing made of polished aluminium with what look like decent controllers, 10 freely programmable footswitches, a large colour LCD display as well as extensive connections including two Exp connections, headphone socket and an AUX input.

The modelling software includes 108 preamps, 164 effects and 43 cabs. The latter can make a world of difference for the feel and the sound, so I’m glad to see that loading your own Impulse Responses is also possible, making this a ‘pro spec’ unit. 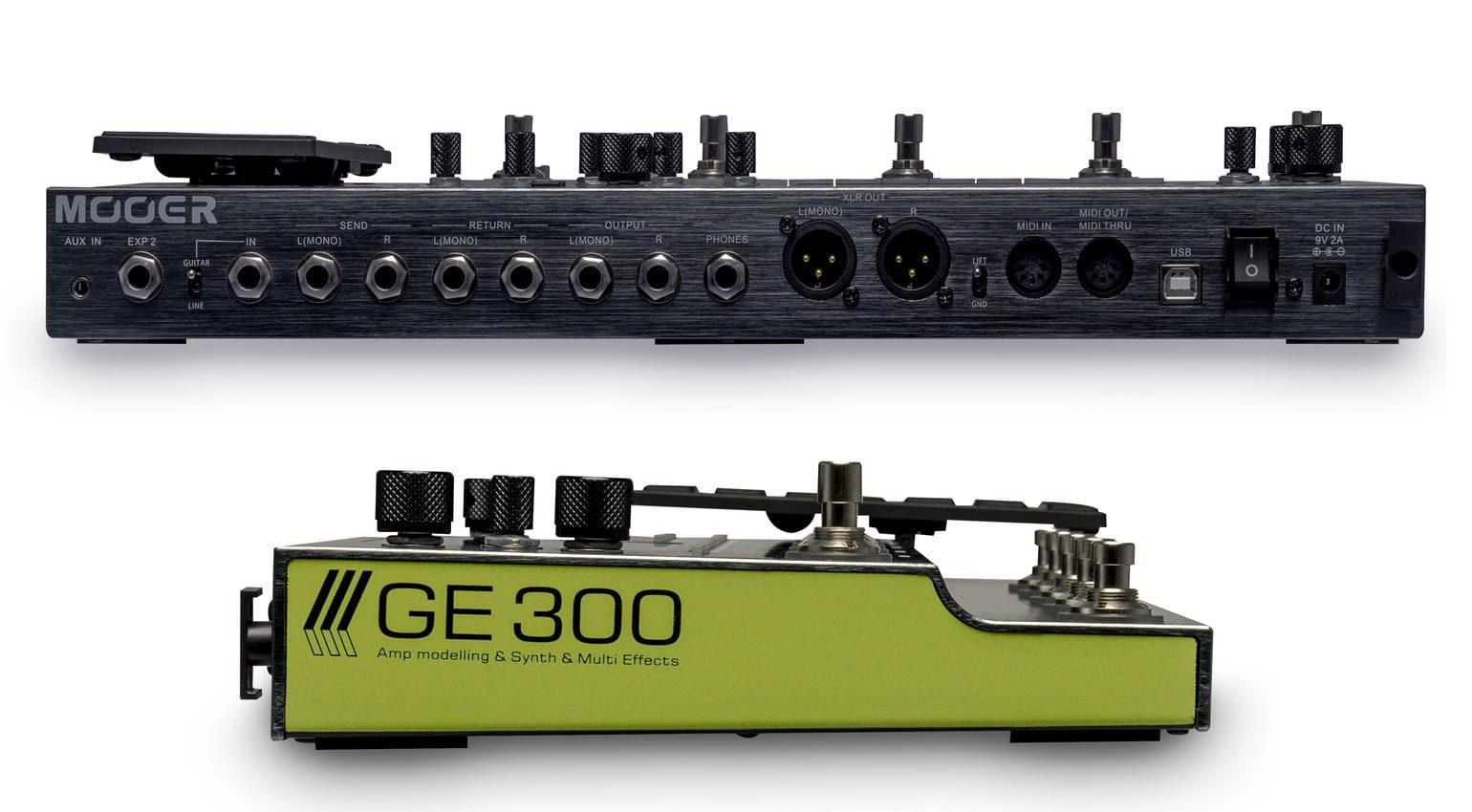 Taken from Mooer’s Preamp Live product, the Tone Capture feature is not just for preamps, but also works with amps, cabs, FX pedals and even guitars. You could conceivably profile your entire analogue setup – and then leave it all at home. I am very much looking forward to hearing some published examples of this function.

The onboard synth engine is really quite extensive. There are three voices, each with its own oscillators using one of 5 selectable waveforms. The signal then goes through a Pitch module and a Filter section (low pass, high pass, band pass and Peak, modulated by envelope and LFO).

On the looping side, the GE300 delivers 30 minutes of looping time. It includes little toys like reverse and 1/2 speed instead of just start and stop. Best of all, the looper sessions can be saved, imported and exported, as well. The whole unit is rounded off by MIDI-I/O and the ability to use the GE300 as an audio interface via USB.

On paper this new multi-effect/virtual amp unit sounds like great value for money. Hopefully we shall see some real world user demos appearing online soon. Then we can see how well it stacks up against that Line 6 Helix! 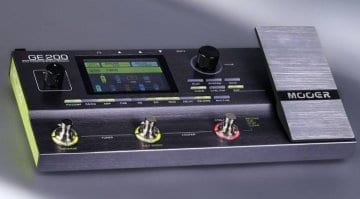 11 responses to “Mooer GE300: The ‘budget Helix’ is finally released!”