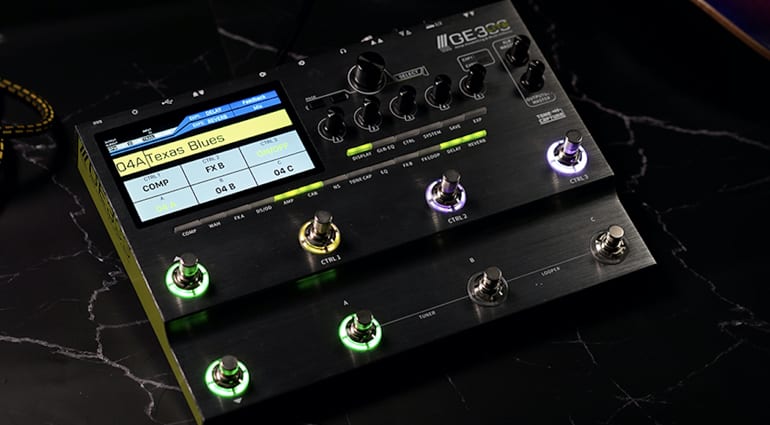 Back in January, Mooer brought along a slimmed down version of its flagship GE300 multi-fx pedal dubbed the GE300 Lite. We were pretty impressed with the feature set, with 108 digital amp models based on their non-linear amp modelling technology with cab sims, amp models and onboard effects galore. Now the baby version of the GE300 has been officially released and should be available to buy imminently.

Playing around with the GE300 Lite at NAMM, we were immediately impressed. Most of the good stuff from the larger GE 300 model is there, just in a slimmer case with fewer footswitches and no foot treadle. Now it’s reaching the market and Mooer has published full specs and a nice demo video. 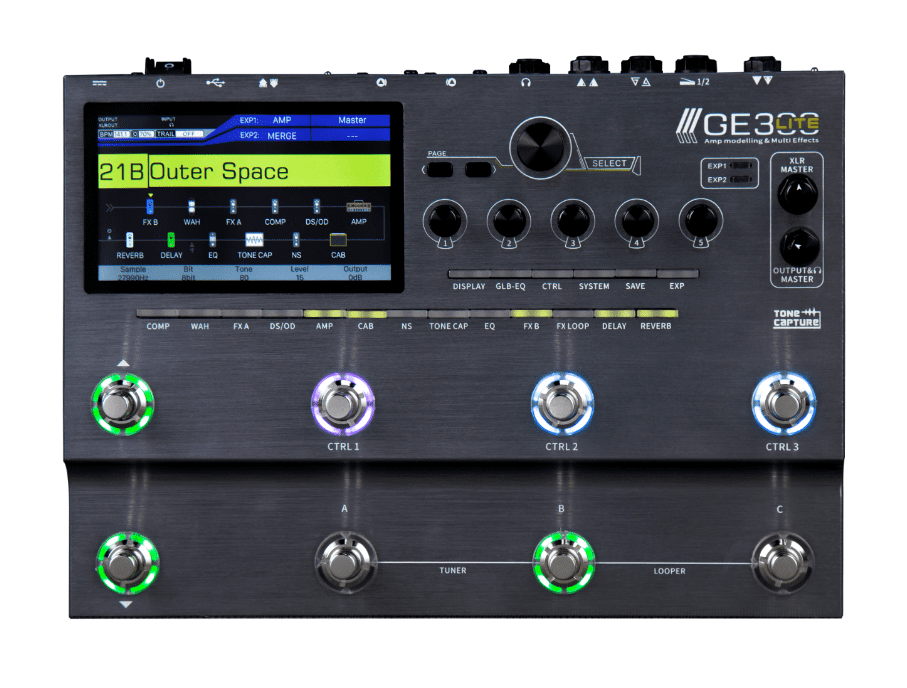 On top of the 108 digital amp models, 43 pre-installed cab sims and 164 onboard effects, you can also load your own IRs. The Tone Capture feature allows you to make digital recreations of guitars, amplifiers, and speaker cabinets. Now you can capture your own amps, cabs and guitars to build custom presets, opening up the creative possibilities of this little floor unit.

The whole unit is powered by a dual SHARC DSP that will no doubt have enough grunt to handle all the tasks you can throw at it. But Mooer has evidently paid attention to making the user interface easy to navigate. And like the bigger GE 300, the Lite version has a programmable stereo effects loop, a 30-second looper as well as external device switching and direct USB audio capability. The looper isn’t as long as the GE300, but 30 seconds is pretty useable and will be useful for song creation and live use.

So what else is missing compared to its bigger sibling? The biggest features that remain exclusive to the GE300 are the foot treadle. But I can live with that. After all, you can use an external one easily enough. ANother feature thats missing is the synth engine but again, that wouldn’t be an issue for me.

Line 6 vs Boss vs Mooer?

How does it stack up against the competition? At this price point it is a little cheaper than the flagship Line 6 Helix and Helix LT, and comes in cheaper than the Boss GT-1000. But it comes close to the Line 6 POD Go in price, which looks like the direct competitor in its price class. Your purchase decision could come down to something as simple as: do you want a built-in foot treadle? If so, then the POD Go could win out. If that’s not a decider for you, the GE300 Lite has a lot to offer. 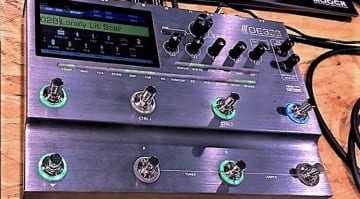 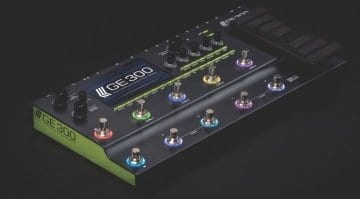