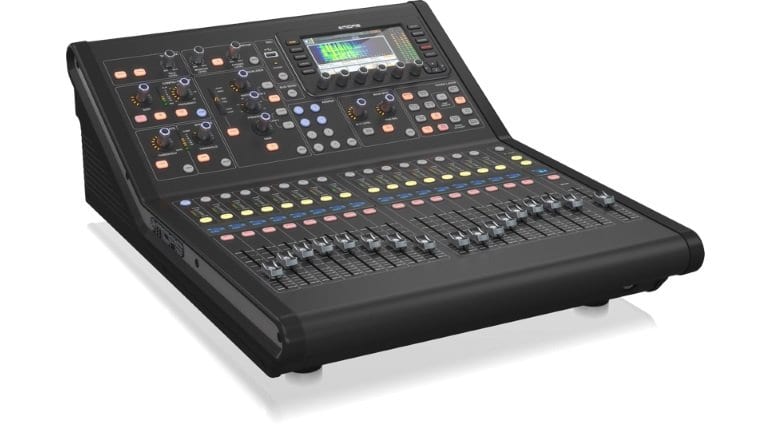 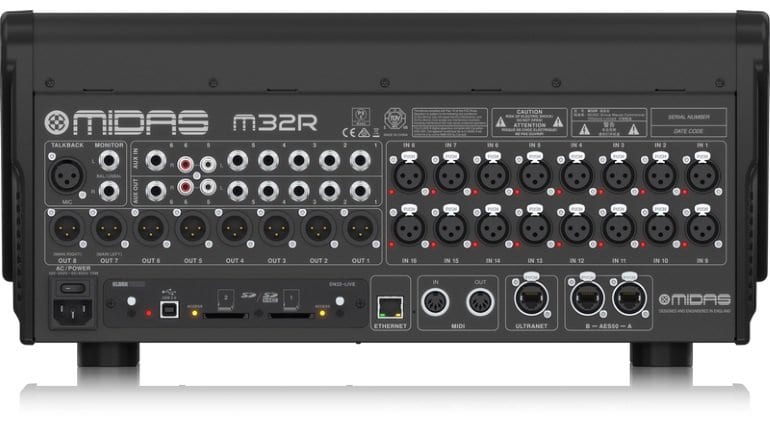 For over 40 years, Midas has been a household name in British pro audio. The manufacturer, which was acquired by Music Tribe Group in 2009, has released a new version of its M32R digital mixing console for live and studio use. Like its predecessor, the Midas M32R Live was designed by Rajesh Kutty, who has designed luxury cars for Bentley, among others. But is this more than just a facelift of its predecessor, the M32R?

This compact console has 40 input channels, including 16 Midas PRO mic preamps, and 25 mix buses. The upper panel houses a 5-inch TFT screen for visualization and control, while the lower one has 17 motorised faders. With AES50 networking expansion options, it’s possible to reach up to 96 ins / 96 outs configuration for large-scale productions. And the M32R Live is also compatible with the Mackie Control and HUI DAW control protocols, as well as the Midas app for iOS devices. All those features were in the original M32R.

So what’s changed? Expanding on the limited onboard recording capabilities of its predecessor, this mixer can record and playback 32 channels of multitrack audio in up to 192kHz sample rates via dual SD/SDHC cards. Of course, like the older M32R, the new version can also function as a 32/32 audio interface when connected to your computer over USB 2.0. Looks-wise, the M32R Live is a few shades lighter than its predecessor, and the control layout appears more intuitive. The function buttons on the top panel seem easier to read. But given that the 32-channel recording to an SD card is a new function, the M32R Live does seem to be more than just a facelift.

While I haven’t come by price and availability details, the previous incarnation of this console from 2015 is selling for around EUR 2500. So I expect a price tag north of EUR 2000.