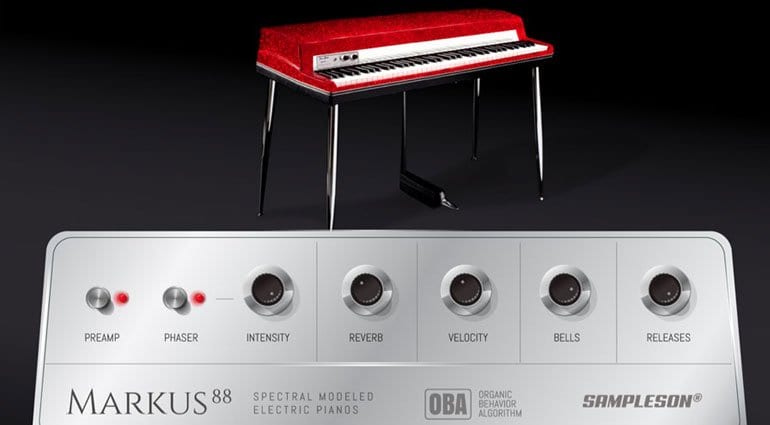 When this press release dropped into my mailbox I absolutely assumed it was yet another sampling of an electric piano. Nothing wrong with that except that there are a lot of them about. But with the Markus 88 instrument developer Sampleson have approached it differently and they call it Spectral Modelling.

They start out by sampling the piano like you’d expect a sample-based instrument developer to do. But then they started analysing and decoding the samples down into their component sine waves. It’s like reverse engineering the generated sound to discover the combination of harmonics that created it.

So in analysing the spectrum of sinewaves in those Rhodes samples they could recreate the sound by generating correctly tuned sine waves. That sort of sounds obvious and makes you wonder why no one has approached it in this way before. They put the work in, to tune each sine wave manually to the sine waves in the original samples. The result should be that the virtual instrument generates the exact same sound as the original without the need of samples. This means that their Markus 88 electric piano is only 25MB in size. 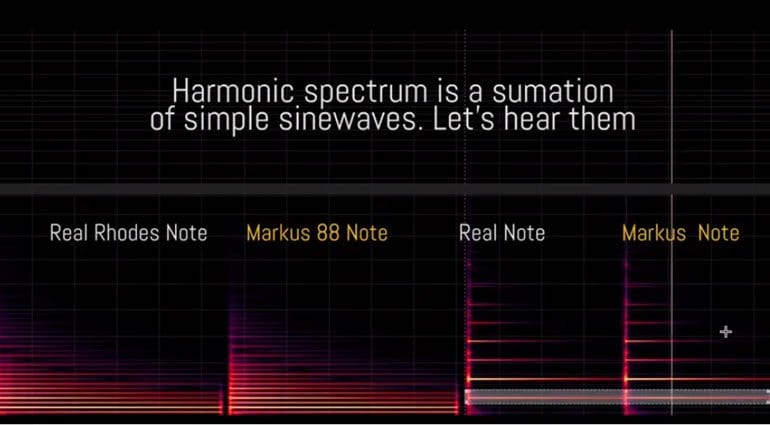 And it sounds great:

Of course now they’ve found this method of instrument modelling they are going to apply it to all sorts of instruments. So I look forward to hearing more from Sampleson – they might need to change their name.

It’s for Mac and PC, standalone and VST and needs hardly any drive space as there’s no library. Introductory price of $49.95.