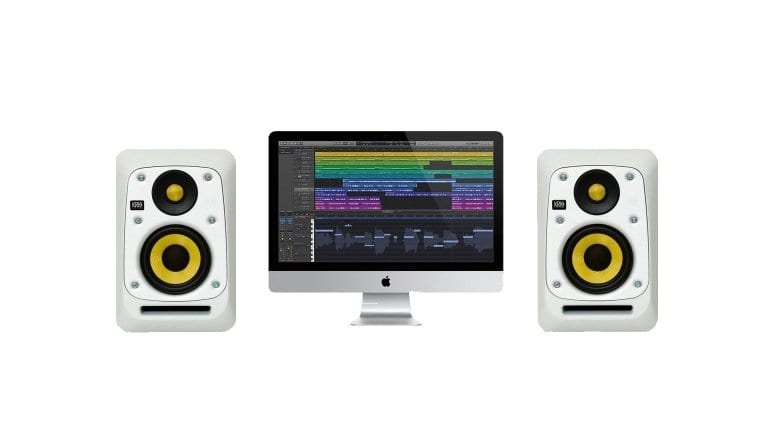 The KRK V-Series 4 White Noise is for those who don't want to paint it black.  ·  Source: krksys.com

KRK has added a new model to its V-Series of nearfield studio monitors. The V-Series 4 White Noise is sold in White and it’s basically the same thing as the KRK V4 4-inch monitor, but in the opposite colour. Which isn’t a bad thing at all, considering the V4 are well regarded in their price category.

The monitors feature custom-designed Kevlar tweeter and Woven Kevlar woofer, along with a front-ported bass reflex enclosure. Bi-amped Class-D amplification (read more about that on Wikipedia) is available alongside 49 DSP-driven EQ presets, suitable for room correction or tweaking the monitors’ sound to taste.

We hear that KRK is going to start selling these by the end of July. The price hasn’t been announced, but seeing they don’t offer anything new besides colour, they ought to go for the same 399 GBP / ~450 EUR / ~500 USD (single monitor price) as their darker counterparts. Of course, one has a wide range of choices for monitors in this price bracket. The JBL LSR305, Yamaha HS5, and PreSonus Eris E5 are all examples of worthy considerations that may lack the LED selectors, but are praised for their accurate and detailed sound. 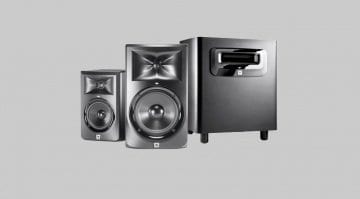