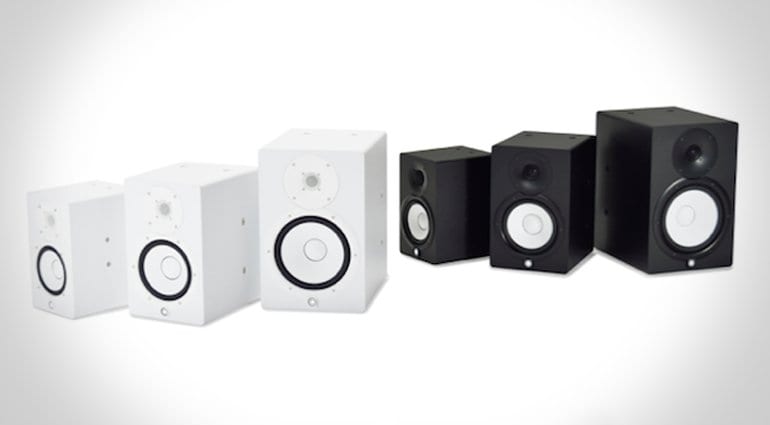 The existing HS series of monitor speakers by Yamaha were launched as a ‘replacement’ for the famous and now sought-after NS10 nearfield studio monitors. They even kept the iconic white driver design, but with built-in amplification and some basic on-board electronics. These newer models were priced at the budget end of the market. While they’re cheap, they are very cheerful. I’ve used some HS monitors on many occasions and know several professionals getting excellent results with them. We can now expect HS-I models to be added to the range, which offers nothing more than… wait for it… a bracket.

It’s almost as if Yamaha have realised after some market research that they perhaps forgot to add any mounting options to the HS series. Instead of releasing an updated version, the HS-I series will simply be added to the range. This new release seems to have attracted a lot of attention, probably because of the heritage these monitors are associated with. Perhaps what we really want to see is an exact re-manufacture of the passive NS10? It will happen one day, probably by a small American-based company like Avantone.

Being realistic for a second however, I’m sure that there is huge demand for the HS-I series for installations ranging from restaurants to educational facilities. Due to the features these monitors offer and their price point, they can be found in more places than studios. In fact, I wouldn’t be surprised if the studio market isn’t Yamaha’s smallest when it comes to the sales figures.

The HS-I range features three models; HS5I, HS7I and HS8I. Like the current HS range, they are available in a black or white finish. These new models simply add three optional bracket types for wall mounting or ceiling and baton style installation. This will permit them to be installed for a number of applications, but for the most part in the commercial world and not the studio.

Prices haven’t been announced for the new HS-I models yet, but presumably they can’t be much m0re than the existing HS series. Prices vary, but the current HS5, HS7 and HS8 will set you back 260GBP, 310GBP or 430GBP respectively for a pair. These are already excellent value monitors as you’d expect from Yamaha, and this new mounting option just widens their market.

There isn’t any official information about these new models on Yamaha’s site yet, but here’s a link to the existing HS range where presumably they’ll add the HS-I models. 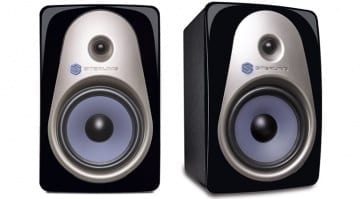 I just read this. Searched for a Yamaha HS8S online. Arrived at Reverb.com
What did I see when I went on their Studio Monitor Homepage?? Avantone NS-10 clones! https://reverb.com/p/avantone-cla-10-passive-studio-monitor-pair
What else can you predict??