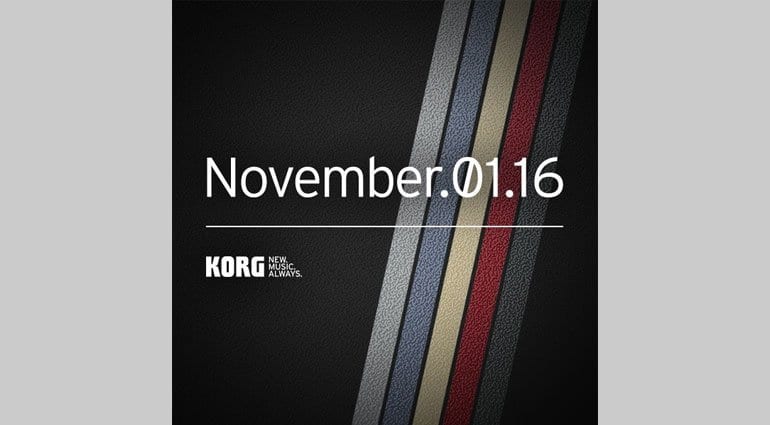 A new Korg Tease? In the last couple of months we’ve had the Arp Odyssey module, the Volca Kick and the refreshed Electribes. And now, for a brief time, a cryptic image appeared on Facebook and Instagram that simply states the date – November.01.16 and “Korg – New Music Always”.

The image (shown above) has now vanished from Facebook and Instagram, although a trail still exists in twitter shares and a Reddit discussion. They were asking underneath the posted image “what could it be?”. One of the hastags in the Instagram post was #staytuned which could, if we take things that literally, indicate a new tuner? The lines and pattern on the image could indicate strings which sort of backs up the tuner idea. Personally that would be the most boring product to reveal in this way ever.

But who knows. What do you think? What would be an awesome Korg product that the world desperately needs right now? Why did they take down the image when they had hundreds of people commenting and pondering on it?

November 1st is shaping up to be a bit of a thing with Novation suggesting we should key an eye on the Circuit users group and something allegedly brewing from ROLI. Well, once the Halloween dust has settled then all will be revealed.