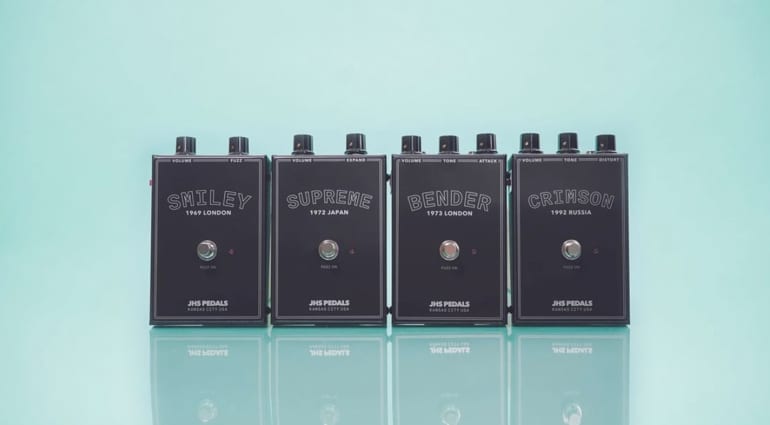 JHS Effects has just launched four new pedals that will be part of its new “Legends Of Fuzz” series. The names of the pedals are Smiley, Supreme, Bender and Crimson, and you can probably work out what they are based on from just those names.

The clues in the names of these four pedals pretty much give the game away, so it shouldn’t be too hard to work out what the new Smiley, Supreme, Bender, and Crimson fuzz circuits from JHS Effects do. I’m just going to skim over the features of each pedal, as you can read about them in depth over on the JHS site, or watch Josh’s video below for his description of each pedal.

What I will say is, that if they are as good as he says they are, for $179 each these pedals are a bit of a steal. At this price, you may well be tempted to buy a few from the range. I know I am.

The Bender is Josh Scott’s take on the 1973 MK III ToneBender fuzz that was made and sold by Macari’s Musical Exchange on Denmark Street in London, and invented by Gary Hurst. I used to work next door to that store and have owned the original pedal, so I’m eager to try this one out and see how it compares. 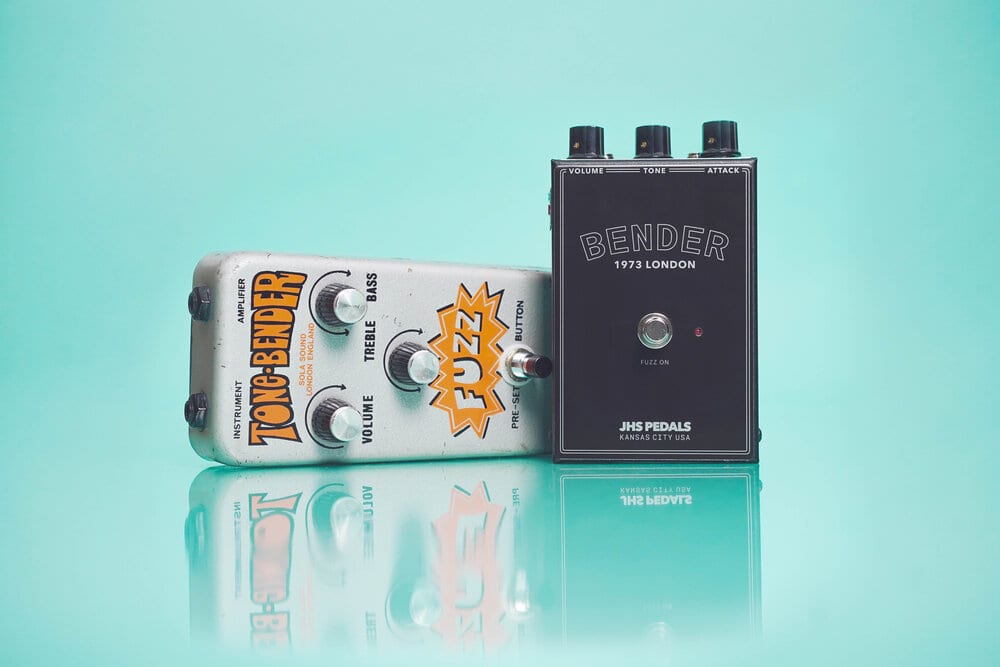 The Crimson is based on a fuzz circuit originally designed in New York, USA by Mike Matthews at Electro Harmonix. In the early ’90s,  Matthews worked out a manufacturing agreement with an ex-soviet manufacturing company in St. Petersburg and thus the Russian Big Muffs were born. The Crimson pedal is based on these highly sought after fuzz circuits. 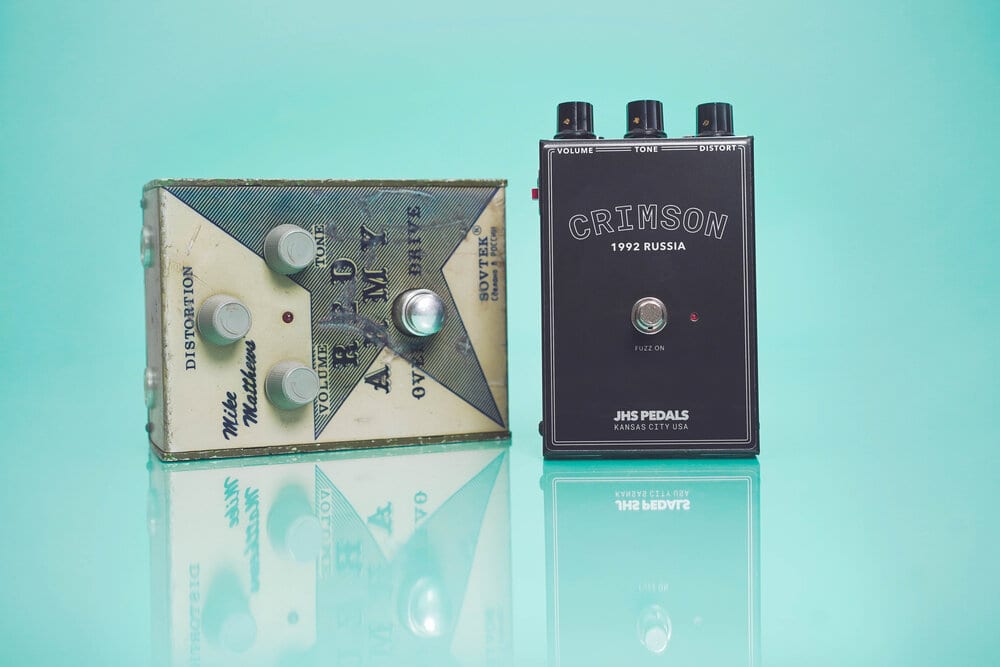 If you hadn’t worked it out from the name yet, the Smiley is based on the original Fuzz Face pedal and takes its name from the original’s appearance, which looks a bit like a smiling face. The original pedal was produced by Arbiter Electronics in London and was famously used – and abused – by Jimi Hendrix. The rest, as they say is history, and I can already see fuzz addicts arguing all day long about this one. 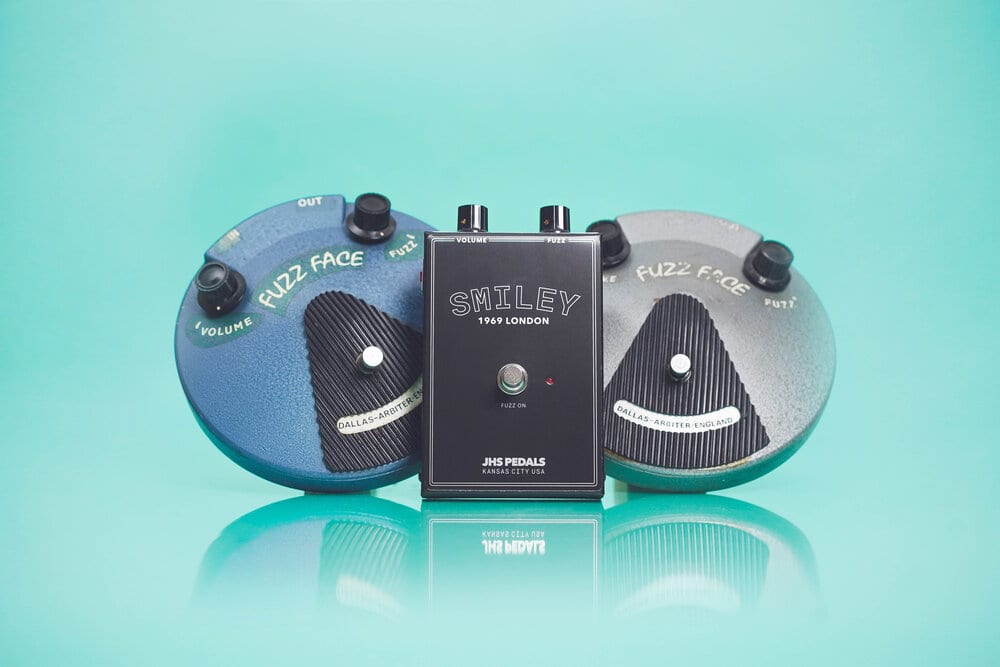 Based on the Japanese Univox Super-Fuzz circuit, the Supreme is a seriously dirty fuzz design. With its octave fuzz, it can turn any note or chord into a thick, dirty goodness. I think Josh was right to do this one, as it really is a classic. 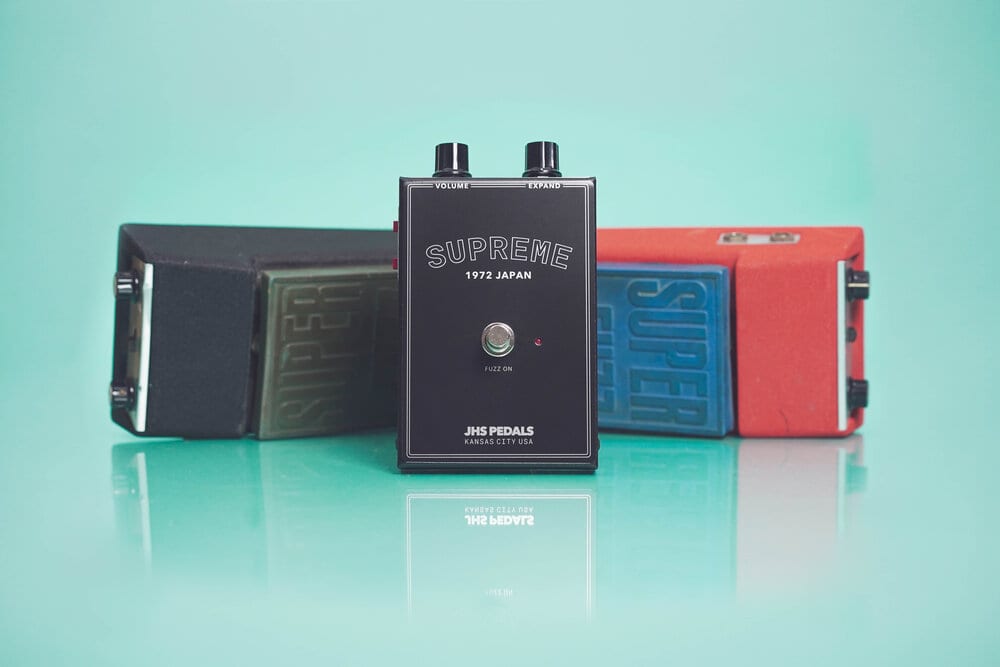 Which of these fuzz pedals tickled your fancy? Let us know in the comments section below. 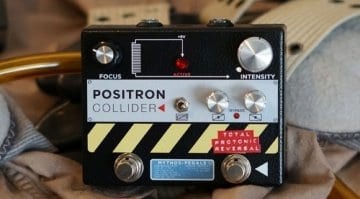 Mythos Pedals’ Positron Collider: I ain’t afraid of no fuzz