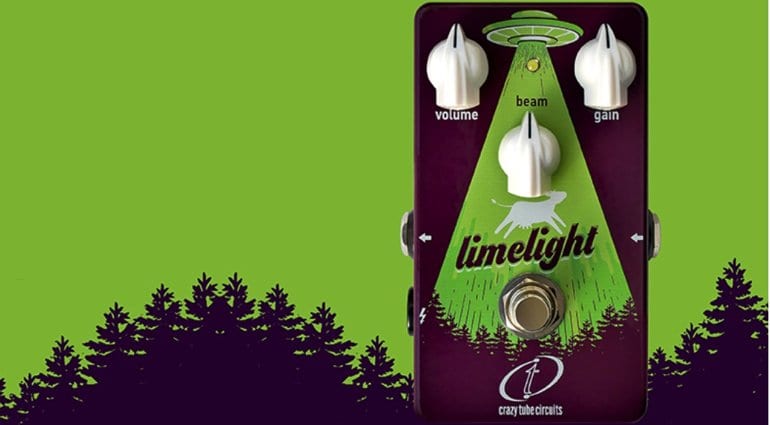 The heart of the pedal’s circuit is a fuzz/distortion pedal that uses three NOS Germanium transistors to get you vintage-flavoured dirt tones. The pedals are designed and built in Athens, Greece and are based on US-built fuzz pedals like the Gibson Maestro FZ-1 that inspired later British designs, like the Tone Benders. Expect a classic ’60s style fuzz pedal, with smoother violin-like sustain. 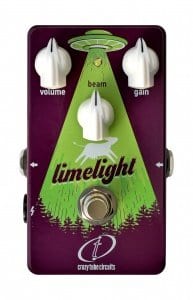 The Limelight’s Beam control adjusts the biasing of those Germanium transistors letting you dial in some ‘out there’ fuzz tones. The other two controls consist of Volume and Gain. You should be able to tweak this pedal easily enough. I’d imagine that the Beam control will set this pedal apart from its vintage counterparts; this is the stand-out feature for me.

Starving the circuit of voltage by tweaking the bias of a Germanium transistor is not new, but it is certainly where the fun starts. As a PNP germanium fuzz pedal, the Limelight is a positive ground circuit. So you will need to either run it from a 9 Volt battery or use an isolated output on your power supply.

You can hear the Limelight in action below and I have chosen one video that is in Spanish, but you get to hear the pedal in all its glory. I found it worthwhile even though my Spanish is terrible.