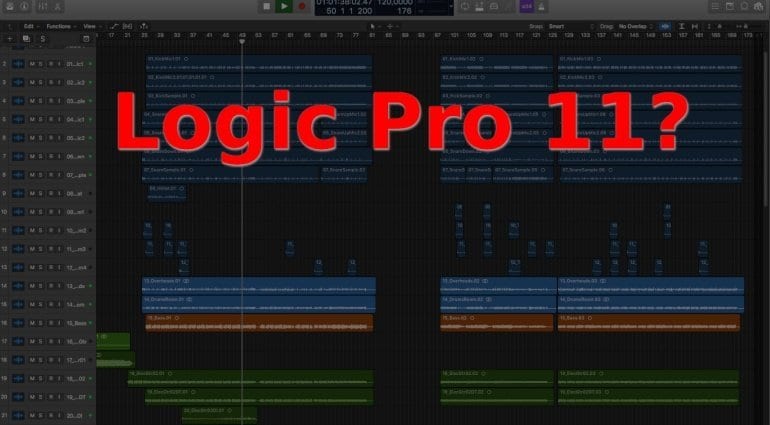 UPDATE: A preview version of Logic Pro 11 was spotted at WWDC 2019 on 3 June, running on a new Mac Pro. We understand it can run 1,000 audio tracks, but that’s all we currently know. More details as we get them…

Over the weekend, Apple released an update to Logic Pro X, version 10.4.4. It contained a few minor fixes and not much of note. The update’s timing is interesting, however, for Apple released it two weeks earlier than usual. Could this mean there’s something more in the works?

At almost six years old, Logic Pro X is the most comprehensive DAW you can purchase for EUR 229 on a Mac. But we are thinking enough time has passed to warrant a major update – either Logic Pro X 10.5 or Logic Pro XI.

With version X, Apple laid down a solid platform for its digital audio workstation. But, over the years, despite keeping its interface simple and accessible, the app has become rather cluttered in terms of functionality and content. I believe it’s time for a bit of streamlining and, perhaps, introducing more AI-powered goodness in addition to Drummer. That, and I’m sure there are plenty of sensible user/focus group-requested features to consider.

Could a bold new Logic release become one of this month’s biggest surprises? While we are patiently waiting for NAMM in hopes of learning more about Apple’s plans, Logic Pro X 10.4.4 is available as a free update in the App Store. What would you like to see in a new Logic Pro release? Let us know in the comments section below.