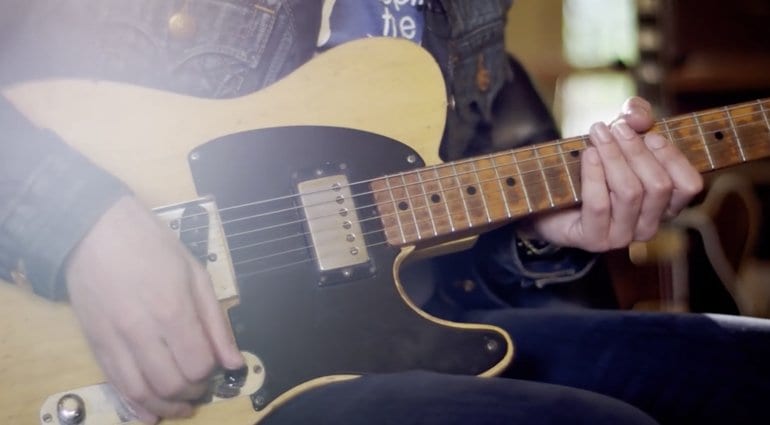 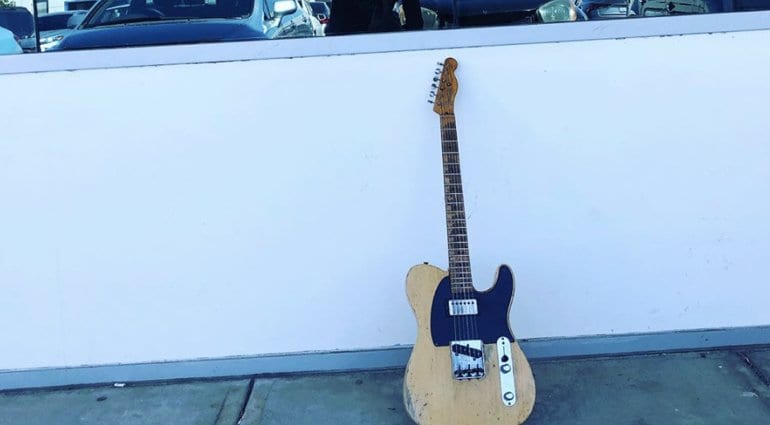 Joe Bonamassa is teasing the guitar world again! Is Fender designing a new signature model based on one of his guitars? A major guitar addict, Mr Bonamassa has posted a photo on his Facebook feed, saying he has provided the Fender Custom Shop with one of his guitars for “a few months”…

Joe Bonamassa’s latest Facebook post reads: “Mr. Nocaster hanging at his temporary home for the next few months.” The post accompanies a picture of a guitar in front of the Fender Custom Shop office.

Now, you can read into this what you will. But my money is on a new Joe Bonamassa signature guitar, perhaps in time for Winter NAMM 2020. 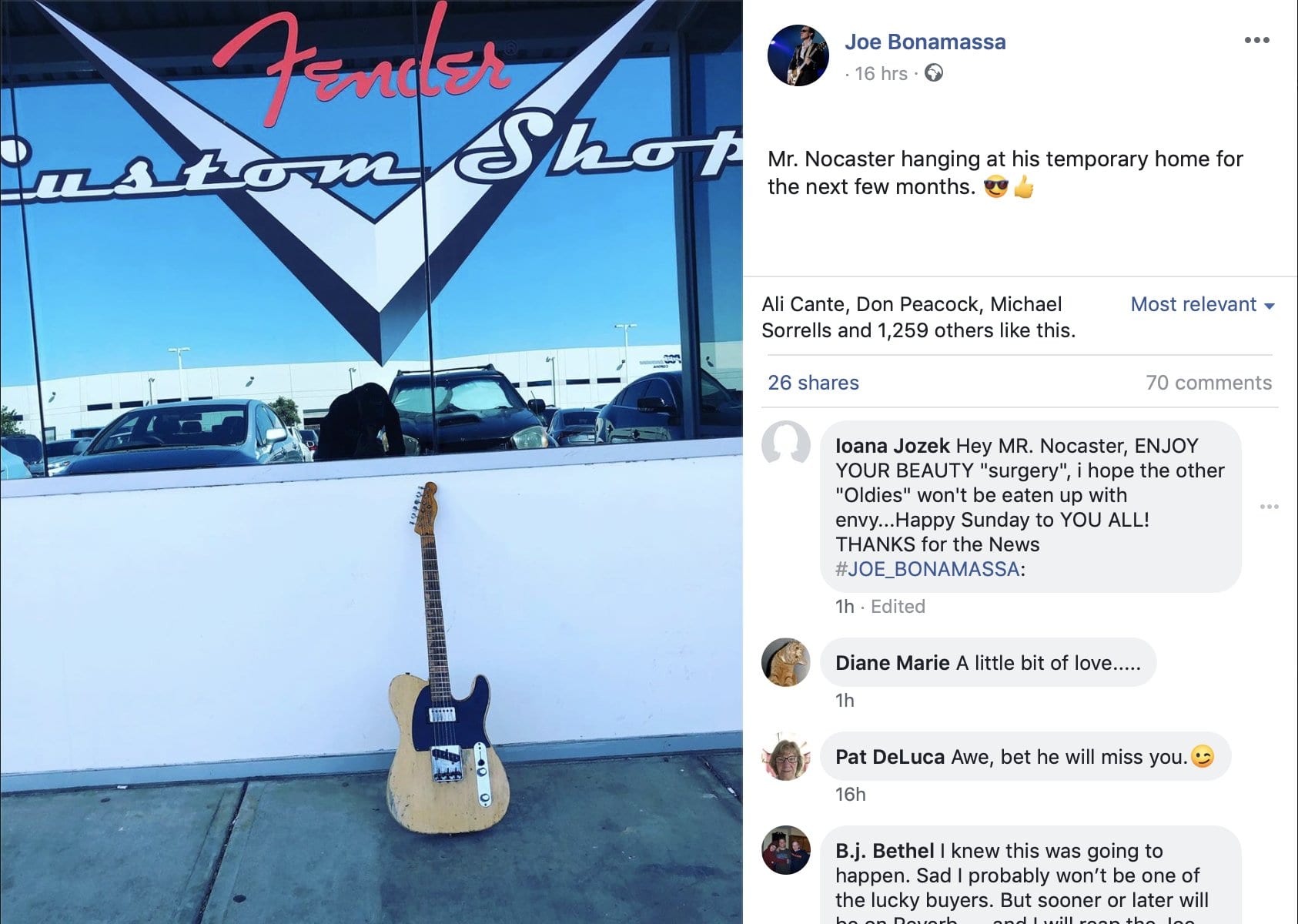 For those of you unfamiliar with the Nocaster nomenclature, it refers to a period in the history of the Telecaster guitar. The Tele was originally launched as the Broadcaster. However, Leo Fender received a letter from Gretsch asking him to stop using that name because it was similar to that of a Gretsch product, the Broadkaster drum kit.

So for a while the guitars were sold with no name, as Fender just clipped off the Broadcaster name and left the Fender logo on. Later, the Telecaster name was chosen. Guitars of this period have become known as the ‘Nocaster’.

Joe’s 1951 Nocaster has had an original Gibson PAF humbucker added to the neck position and so isn’t a pristine example. But if you are going to have a neck pickup, it might as well be a PAF! You can hear Joe talking about the guitar in the video below.

Is Fender preparing a new Bonamassa signature guitar based on this Nocaster guitar? We’ll have to wait and see…