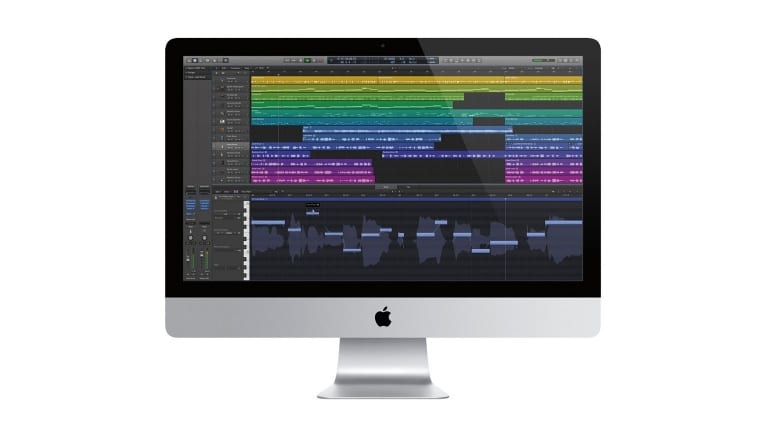 Coming soon to an iPad near you?  ·  Source: www.apple.com 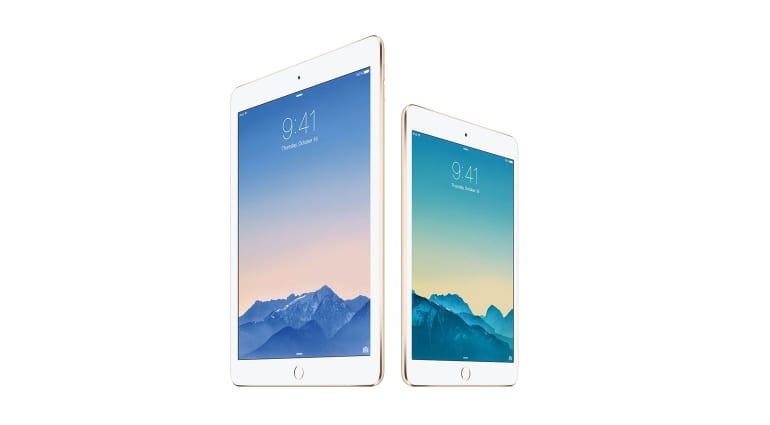 iPads are getting bigger...  ·  Source: www.apple.com

You won’t be surprised to learn that there are thousands of music apps available for the iPad, or that some of them are very good indeed. But there’s still a gulf between the desktop and mobile experiences. You can do some really cool stuff on an iPad, but when it comes to finishing a project or anything more heavyweight, I invariably turn to my trusty laptop. There’s decades more development that’s gone into the desktop interface, and we’re well trained to use it. Apart from anything else, a big screen just lets you do more stuff more quickly.

So why will we be taking the iPad more seriously in future? Apple has announced the iPad Pro, which on the face of it might just look like a slightly bigger iPad. Its specs, though, are nudging it closer to laptop territory. It has 4GB of RAM and an A9X processor that all indications suggest will be very quick, as well as a 12.9 inch screen : essentially the same size as a MacBook, if not actually slightly larger. It has two stereo speakers, though you’ll probably not be doing much mixing through them, and supports hardware keyboards as well as the new Apple Pencil for much more accurate input. Input of notes into a step sequencer or envelope or automation curves, for example.

The reason all this matters can be found in one of Apple’s other products, the iPhone 6S. This introduces “3D Touch”, a new technology that lets you press slightly onto the screen to trigger actions and menus. Although the iPad Pro doesn’t have this yet, you can bet the next iPad will have, or the one after that. 3D touch is actually a much bigger deal than you might realise because it gives you a whole new way to interact with apps and the operating system.

At the moment you can use Logic Remote to mix, or Cubasis to compose using your hands. But imagine if you could control expression or velocity, or call up extra menus and controls by pressing slightly on the screen. As things stand multitouch is pretty cool, but pressure sensitivity will open up a whole new world of control for musicians and creative of all kinds. And since it will be part of hardware that’s much less exclusive than current music touchscreen kit, developers will be more inclined to build apps to use it.

I’ve used a fully touch-enabled DAW (FL Studio 12) and there’s something very liberating about the experience. The idea that you could not only expand multitouch to other DAWs and instruments but then also factor in 3D touch to access all kinds of extra functionality and tools is really exciting. In fact it could end up being more expressive than using the mouse, if it’s done right. As the technology becomes more widely available, don’t be surprised to see the big hitters starting to work with it. We’re not quite in the post-PC world yet, but we’re getting there. 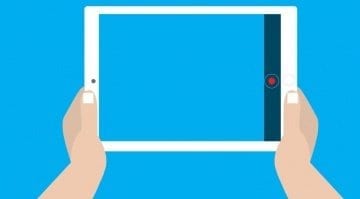