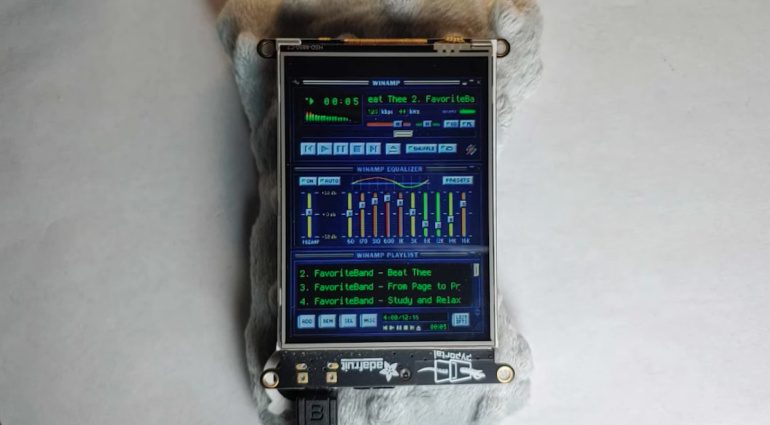 There are GUI’s that represent a generation, and then there is Winamp. It really whips. Beginning in the 90s, Winamp captured the MP3 era for so many listeners, with its simple Windows-only interface. Although the player itself might be antiquated compared to the cloud-based apps we use today, there are still ways to relive those glory days and bathe once more in the nostalgia. Simply seeing that default skin is enough to make your eyes glaze over, but Adafruit user, Tim C, has found a way to maintain that glow with a PyPortal Winamp player and demonstrates how you can build one yourself.

The PyPortal Winamp player is a touchscreen device that loads your MP3s via SD card. In addition to this, playlists can be added as .json files on the CIRCUITPY drive and edited within the backend. To top it off, any skin in the Winamp Skin Museum archives can be loaded to the device with a simple Python conversion script. This isn’t exactly drag-and-drop, but it will certainly provide an instant nostalgia portal with your favourite skin loaded. We do have to remember that this is a simple pet project and only bare essential functionality is possible with the PyPortal’s 3 hidden buttons that allow you to control playback. 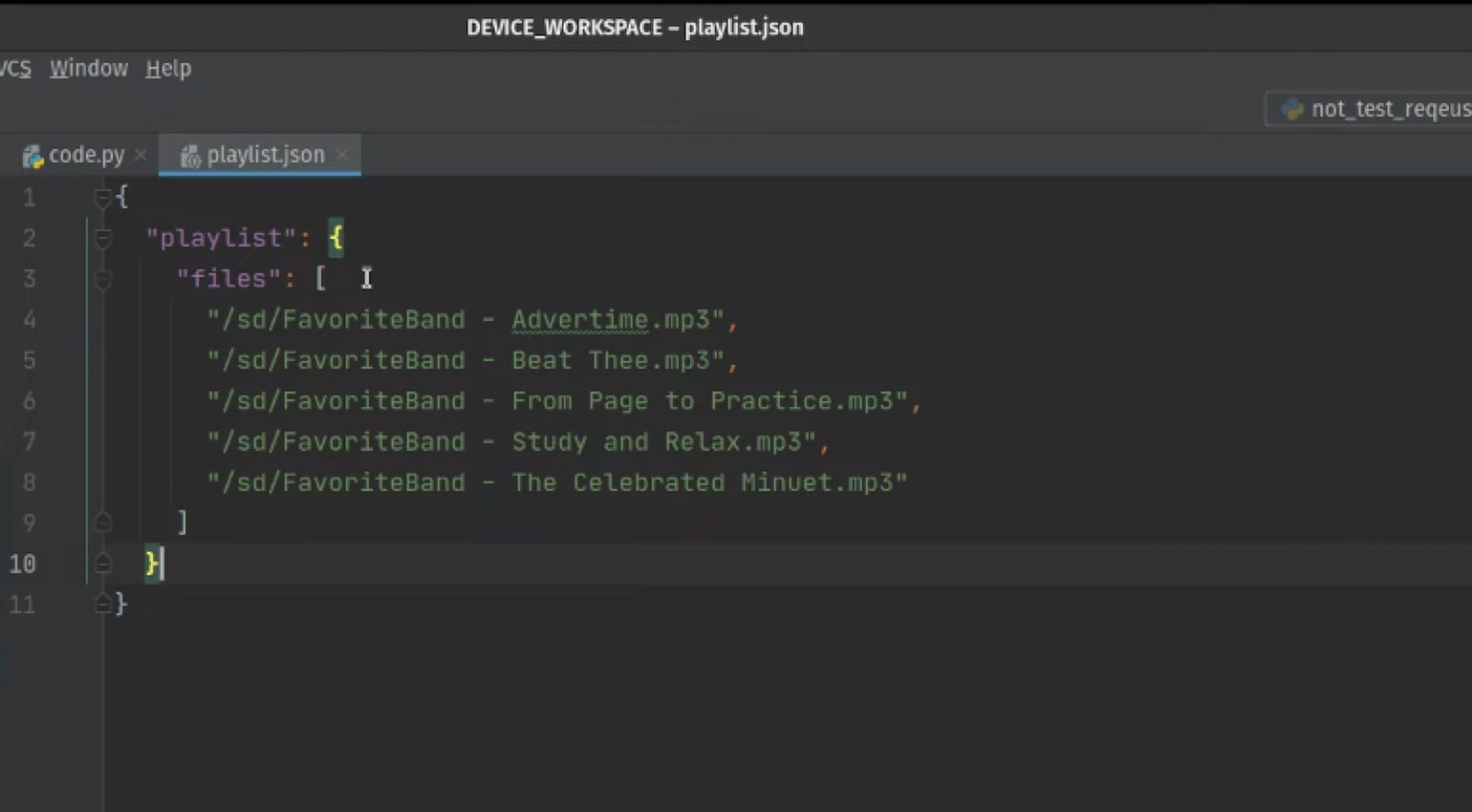 With limited functionality, playlists are edited via the backend.

Even though the interface is mostly for show, it’s still an ingeniously fun creation. What’s more the code has been released into the public domain, which allows anyone to streamline or revise aspects of the build. If you consider how we mostly listen to music via mobile apps and browser tabs, the PyPortal Winamp player is certainly a cooler addition to your setup, even with its very limited functionality. Perhaps there is even some genius out there who can access more of the original Winamp UI?

More about Winamp and Music players