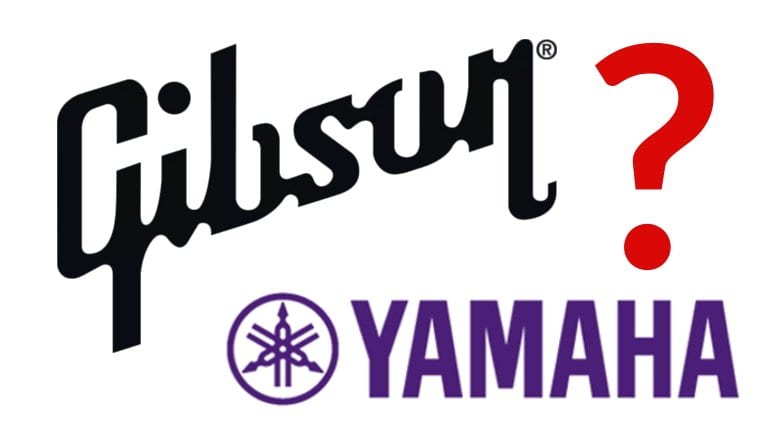 Gibson needs someone like Yamaha to step in.  ·  Source: Gibson/Yamaha/gearnews.com

We’ve been reporting on the rumours swirling around Gibson Brands Inc. and its lamentable financial situation for a while now. And when a famous brand with great heritage is in trouble, others smell opportunity. New rumours have it that a consortium from China has expressed interest in acquiring the brand. But there are rumours about other actors eyeing Gibson for a takeover that might be a better fit for Gibson and its customers…

The entire industry is watching Gibson with trepidation at the moment, given the nearing deadlines for repayment of its substantial debts. digitalmusicnews.com recently reported that a “consortium of Chinese investors is currently seeking strategic investment opportunities in the musical instrument industry” that include “many different investment opportunities” in and around Gibson.

According to the report, the investor group could be aiming to buy Gibson in a fire sale scenario under “distressed” conditions. The consortium would aim to buy Gibson’s globally known brand name and use it to “sell a lot more guitars”, the site says.

One of the site’s sources is quoted as follows:

“[The investors] like the [Gibson Guitar] (sic) name, but that’s pretty much all they like,” a third source with ties to the consortium explained.  “So it’s ‘say goodbye’ to all the legacy retail relationships, the bad pricing, all the bad management.  The bankruptcy lets them clean that stuff out and start over — think total clean slate.”

That sounds radical. But is that the kind of investment Gibson, its employees and customers want or need?

There may be better alternatives. Another rumour currently doing the rounds online – like here on The Gear Page – is that Yamaha is mulling a Gibson acquisition. Let’s be clear: we have no information that confirms this. None whatsoever. But here’s why Yamaha could be the kind of new owner Gibson needs.

First, Yamaha knows both aspects of the Gibson Brands business, the musical instruments side and the consumer electronics side. Yamaha pianos, guitars and drums have a long tradition and great renown in the industry. And Yamaha also sells consumer electronics, meaning that they understand the business of Gibson’s consumer brands like TEAC, Onkyo and Philips.

Second, Yamaha have a record of acquiring music industry brands (Bosendorfer, Line 6, Steinberg) and keeping them on an even keel over the long haul. Yamaha seems to have a relatively conservative corporate culture, which could be just what the guitar part of the Gibson business needs: a steady hand at the tiller with a long-term perspective that’s about growing the business sustainably and not juicing it in the short term for maximum return. If not Yamaha, then someone with a similar ethos. Customers of Gibson guitars seem to have had enough of “innovation” for the time being, anyway.

Will a buy-out bring Gibson Brands Inc. back to profitability? Who will be taking charge? What will the new ethos and vision for Gibson be? According to Bloomberg, Gibson’s creditors are willing to throw Gibson a lifeline on condition that Henry Juskiewicz leaves his position of CEO. That seems to set the stage for larger changes in ownership.

This will be a rocky year for the Gibson brand. We hope not only that someone will save the company and all those jobs but also that any new owners are as passionate about quality instruments as all those people at Gibson. Surely this great guitar brand deserves to carry on for another 100 years.

Jef and Angus wrote this article. 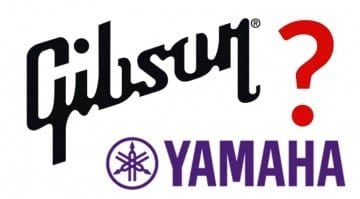 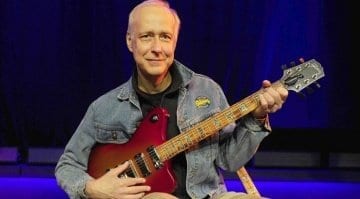 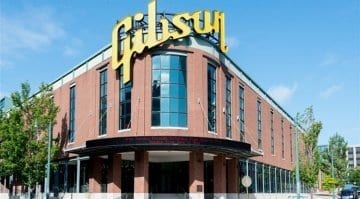 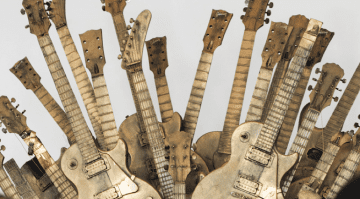 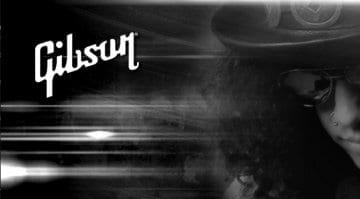 6 responses to “Heard the “Yamaha buying Gibson” rumour? Here’s why that would make sense.”

The bondholder’s group deal (which has been reported unofficially to be Franklin Templeton and JP Morgan) supposedly also stipulates that Henry will turn over majority ownership in addition to going away. Since investment firms do not want to own and run companies (especially in volatile industries like the guitar business) they will most likely be looking to get Gibson stable and then flip it and sell it off. Same thing applies to all the CE companies in the Gibson Brands portfolio. I can see Yamaha being interested in Gibson Guitar and possibly a couple of the orphan MI brands that Gibson controls but not so much in most of the CE stuff as that stuff is low margin and most of those brands are not really hot items in CE (Supposedly Onkyo has been losing money for a decade). Most of the stuff that Gibson owns is basically lackluster brands which is why you are hearing stuff like the Chinese waiting for the whole thing to tank so they can pick up what they want at “fire sale” prices. I think when the dust clears, Gibson Guitars will still be there in some form but the “Gibson Brands” conglomerate will be history.

Some great insights, thanks. Yes, I’m sure that the buyer – whoever it is – will sift through the CE stuff to see what is worth retaining, merging with its own CE operations, if any, or selling. There might be some good R&D capability in there somewhere, say, or even a patent or two… I’m 100% sure that you’re that the draw here is the guitar business – there’s a once-in-a-decade opportunity here for someone. Brands like this don’t become ‘available’ very often.

Dollars to doughnuts if this does happen Henry J. will get a “golden parachute” of sorts and laugh all the way to the bank!

That’s why Henry J is scrambling like mad to put some kind of a refinancing plan in place. If that fails, his three basic options are to: (A) sell Gibson and try to get paid for some of his equity in Gibson, (B) strike a deal with his creditors (the bondholders) and again try to get paid for some of his equity in Gibson which means he would likewise walk away with money in his pocket, or (C) let Gibson go into bankruptcy. If THAT (bankruptcy) happens, all of Henry J’s equity in Gibson is taken out of his hands and is up for grabs and he could very conceivably be forced to walk away with nothing (and some sources have said that creditors could also go after his personal finances and property). A Gibson bankruptcy would likely be a disaster for Henry personally.