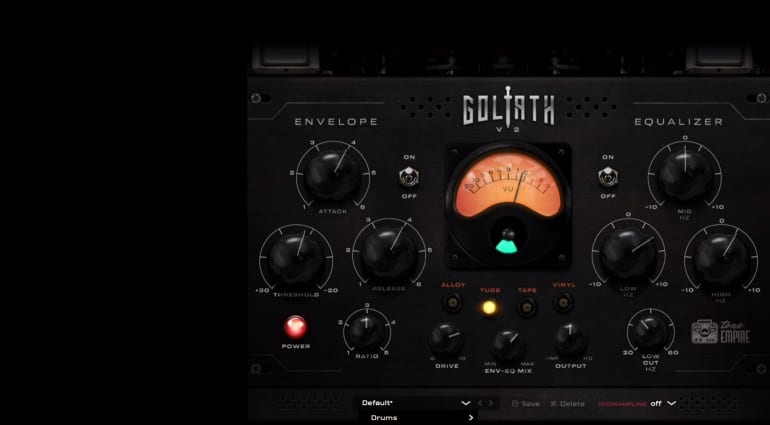 Goliath V2 combines analog-modeled saturation, EQ, and compression sections. The Saturation module is notably expanded with 4 types of processing – Alloy, Tube, Tape, and Vinyl. The audio engine combines convolution and component modeling to recreate real hardware processing chains. Alloy emulates a Neve 1081 preamp/EQ module from the 70s. Tube models a valve processing chain comprised of modern and classic gear. Tape is based on an ATR-700 tape reel recorder running at 15ips. Vinyl models an analog mastering chain ending with a Neumann vinyl cutting machine that was sampled down to its dubplate.

The saturation module includes a Drive control to let you squeeze additional saturation out of each modeled chain. Furthermore, the Envelope section now features a full FET compressor, while the EQ module sees the addition of a 3-band parametric EQ with low-cut filter. You will also find an Env-EQ MIX control to carefully blend the saturated signal into the dynamics and EQ modules.

The Envelope section hosts an 1176-style FET compressor with Threshold, Ratio, Attack, and Release. The latter three are fixed onto several pre-programmed settings chosen by the developer to handle a variety of material. The Ratio control goes from 2:1 to ‘All Buttons In’ for a proper 1176 experience.

Overall, Goliath V2 is an interesting take on analog saturation in-the-box. The choice of sampled gear is unique to the plug-in and you should be able to get some rare sounds out of it. 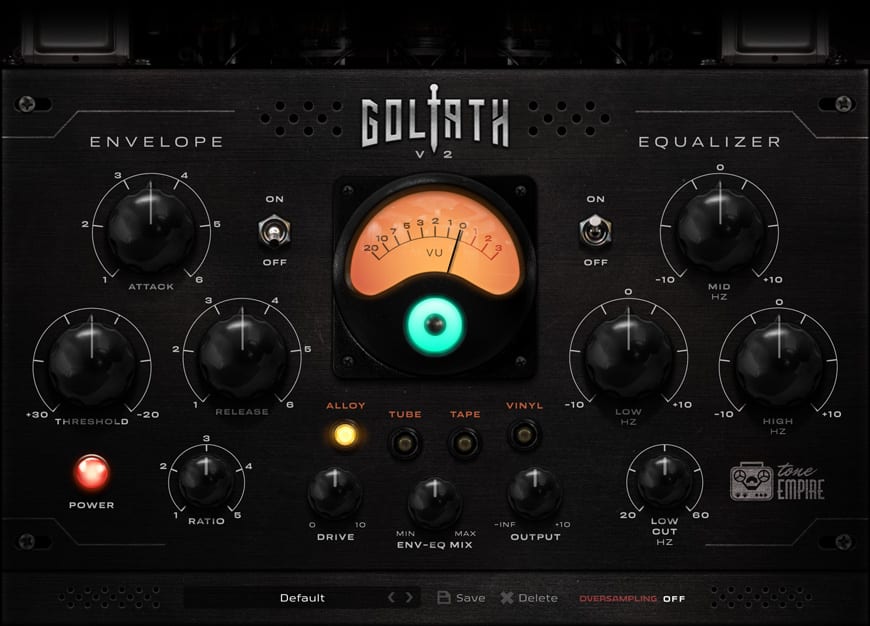 Goliath V2 is sold at an introductory USD 39, down from USD 70. The plug-in is available in VST3, AU, and AAX formats for 64-bit Windows and Mac (incl. M1) computers. A free 15-day trial version can be downloaded, along with the user manual.