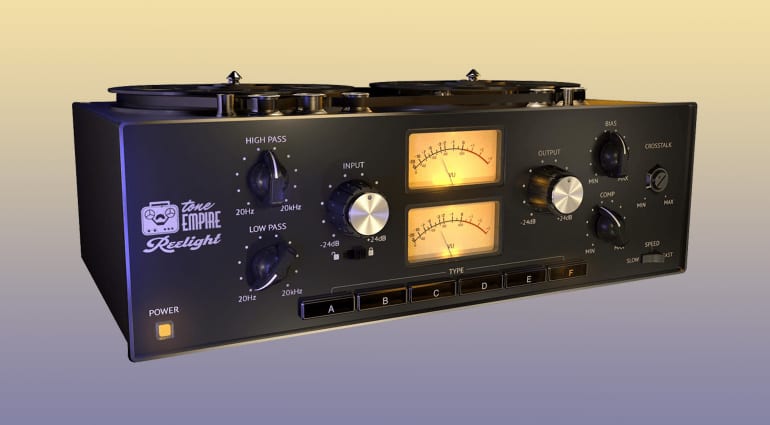 Tone Empire has released Reelight Pro, an evolution of the popular Beatskillz Reelight plug-in. The Pro version delivers emulations of six analog tape machines to your DAW, with a great deal of control over parameters like saturation, compression and crosstalk.

Tone Empire is Beatskillz’ division for plug-ins aimed at the professional market, known for ambitious projects like Goliath and Model 5000. Now the company has moved the Reelight tape simulation plug-in, which originally came out in 2016, to the ‘pro’ brand, cementing its aspirations to become an equal player among competitors like Softube Tape, the IK Multimedia Tape Machine Collection and Overloud Tapedesk. But do you really need another tape sim? Beatskillz / Tone Empire seem to be convinced that you do.

Reelight Pro lets you choose from six analog tape recorders. The developers haven’t revealed which machines hide behind the buttons A-F, but I think we can assume the usual suspects by Studer, MCI and the like. According to Tone Empire, the machines are emulated by means of a combination of ‘Advanced Dynamic Impulse Responses’ and DSP processing. 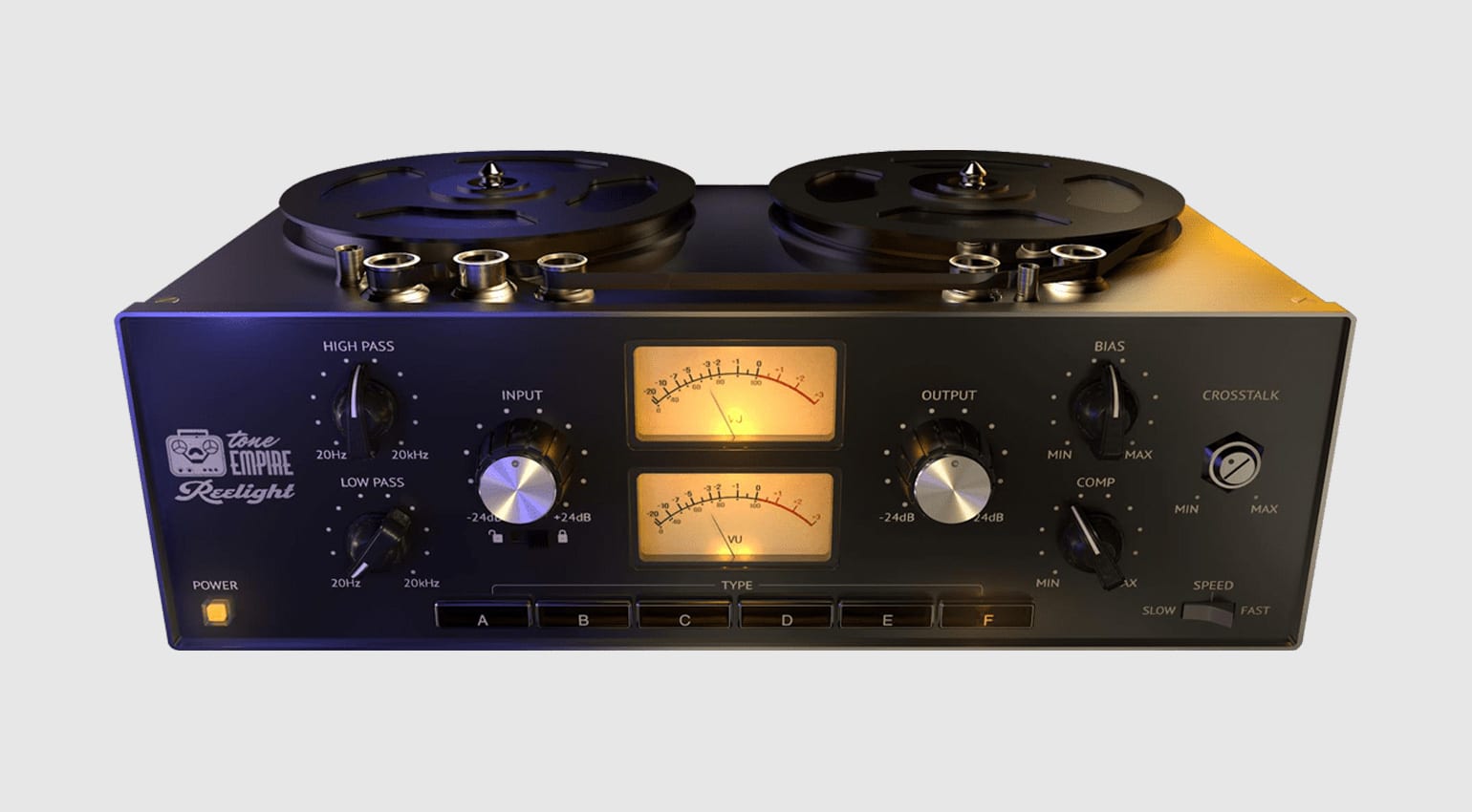 After passing through a pair of 12dB high pass and low pass filters, the signal reaches the tape stage. The input gain is adjustable from -24dB to +24dB. The harder you hit the tape, the more saturation and compression you get. There’s also an automatic gain compensation feature, which keeps the output level the same as you increase the input.

On the right, there are advanced controls for bias, compression and crosstalk, which allow you to fine-tune the tape effect and analog feel to your liking. You can also choose from two speeds for each machine, which vary from 3 1/2 ips to 30 ips depending on the machine selected.

Reelight Pro is certainly a beautiful-looking plug-in with many options to adjust the inner workings of the simulation. Have they reinvented the reel? I don’t think so. But it’s another interesting option to consider if you’re after those vintage tape vibes.

Tone Empire Reelight Pro is now available for an introductory price of USD 49. The regular price will be USD 99. You can get the plug-in at Plugin Boutique*.

Reelight Pro runs on Windows and macOS in VST3, AU and AAX formats (64 bit). The Apple M1 processor is supported.